Mavis Staples: "If All I Was Was Black"

As a child in Chicago, Mavis Staples idolized Mahalia Jackson, a towering figure in gospel music who attained such stature that she was invited to perform at John F. Kennedy’s inauguration in 1961. Young Mavis got first-hand exposure to Jackson through the established performer’s friendship with Roebuck “Pops” Staples, the patriarch of the Staple Singers and an important -- though often overlooked -- link between the seminal Mississippi Delta guitarists and the urban gospel-soul of artists like Curtis Mayfield, Sly Stone, and Marvin Gaye.

While Jackson is remembered best for the way she applied her powerful contralto voice to religious music, she also became an important figure in the civil rights movement. She took part in both the 1956 Montgomery bus boycott and the 1963 March on Washington -- the monumental bookends of Martin Luther King’s campaign for equal rights. What King and other leaders of the movement recognized was that Jackson, like Pops Staples, was a key link between the rural Southern past and the urban struggle for racial equality.

Many of the songs Jackson sang, most notably “Go Tell It on the Mountain,” were heavily coded songs of freedom dressed in religious imagery. Sung in the tobacco and cotton fields by pre- and post-emancipation workers, and in the African-American churches of the South, these “hymns” were deemed acceptable by white slave owners and Reconstruction-era plantation masters, but held close by black singers as markers along the long, bloody road to equality. 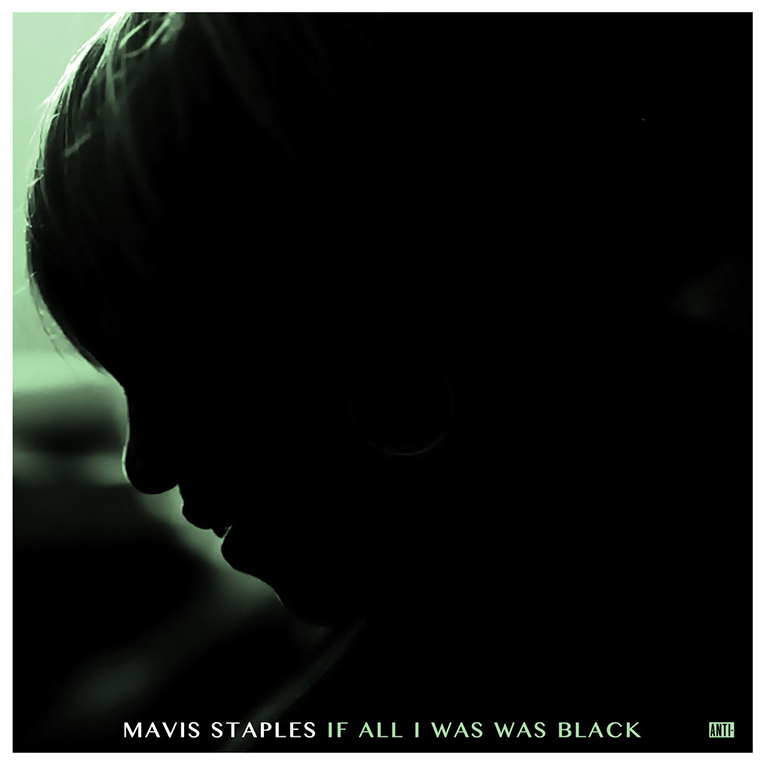 At 78, and still at the height of her vocal prowess, Mavis Staples has seldom combined those two strands of American music as effectively as she does on If All I Was Was Black. The music snaps and snarls as compellingly as a guitar line by Son House or Charley Patton, while Staples sings with the conviction and potency of a preacher.

The third collaboration between Staples and Wilco bandleader Jeff Tweedy, another native Chicagoan, this album crackles with contemporary issues.

In today’s climate, it could be a Chicago mother fretting over her child or a woman fearing for the fate of her husband.

On “No Time for Crying,” one of three songs co-written by Staples and Tweedy, the guitarist’s part sounds like an amped-up version of a simple lick that Pops used to play, while the lyrics focus on the task at hand:

With its repetitive vamp and elemental phrasing, it sounds like a 21st-century rejoinder to the Staples Singers’ 1971 hit “Respect Yourself.” The dream of a peaceful inner city has turned to a nightmare, the transformation promised by the election of a black Chicagoan as president has failed, and the country is back in the hands of a misanthropic white madman, just as it was 46 years ago.

But Mavis Staples and Jeff Tweedy aren’t giving up. Just when things look grim, they turn to God on “Ain’t No Doubt About It,” and recite one of Hillary Clinton’s principal messages on “We Go High.” Hope, charity, and perseverance -- the core tenets of gospel music -- are all in strong evidence, but the environment is more like a juke joint than a church.

The instrumental septet that Tweedy leads, featuring his son Spencer as one of two drummers, sounds as streamlined and raw as a vintage Memphis session band, pushing Staples into a more primal-sounding setting than she has normally occupied. Only the closing “All Over Again” takes the tempo and volume down, as Staples sings huskily over acoustic guitar backing.

As strong as the previous two Staples/Tweedy projects have sounded, this one sounds both more urgent and topical.