Joe Satriani: "What Happens Next"

All hail the riff. From the elemental, slow-motion growl of Link Wray’s “Rumble” through Keith Richards’s just-woke-from-my-coma fuzzy progression of “Satisfaction” onward, guitar-based rock has lived or died on memorable note choices. As advanced as amplification, electronic effects, and recording technology have become, it still comes down to how you make that joyful noise on your six strings.

No one knows that better than Joe Satriani, the 61-year-old instrumental virtuoso who has passed his knowledge on to many other top guitarists and influenced two generations of wannabes. Despite his wealth of technique, the power of his music still rests in the degree to which he can make you shake your shoulders or hum along, and nowhere is that more evident than on this set of power-trio rockers. Eschewing the sci-fi and alter-ego conceits of his recent work, What Happens Next is straight-up rock, with the guitarist soaring over the top of his Chickenfoot bandmate Chad Smith and bassist Glenn Hughes. 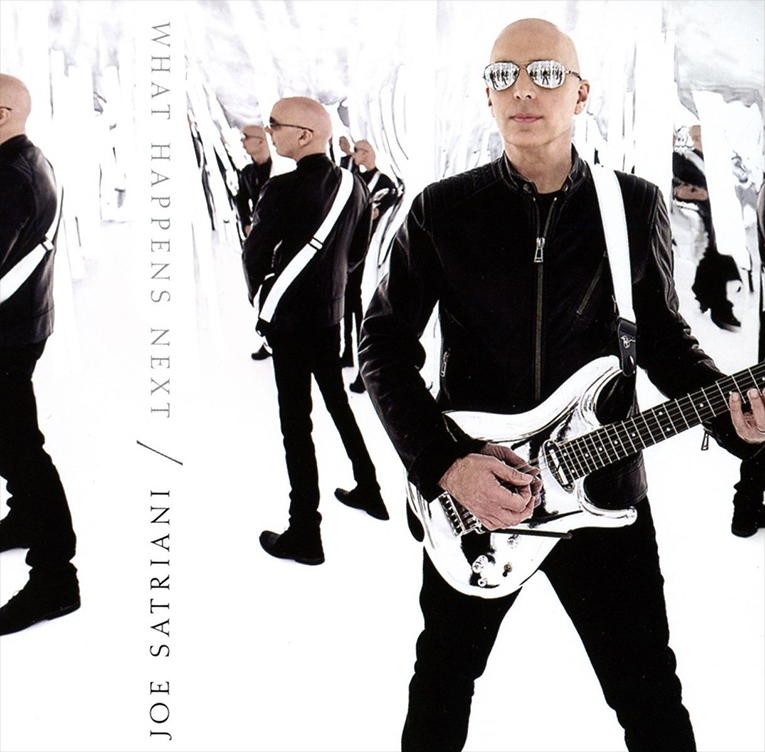 As Jimi Hendrix, Eric Clapton, Billy Gibbons, and only a handful of others have demonstrated, fronting a power trio demands guitar chops that go well beyond being a compelling soloist. Stitching those solos together is even more important, unless your aim is to sound like some of rock’s clunkier trios -- Grand Funk Railroad and Mountain come to mind.

The album opener, the aptly named “Energy,” is a case in point; Satriani charges out with a repetitive nine-note pattern over Smith’s slamming beat and syncopated bass. Twenty seconds in, a downward gliss introduces a transitionary rhythm pattern, which quickly shifts into the principal theme, a trebly line that Satriani plays in a few different octaves. Just after the one-minute mark, he moves into his solo, which is a series of trademark breaks -- essentially a textbook illustration of his advanced techniques. If you’re a guitarist, after 90 seconds of this opening salvo you’re either ready for the woodshed or you’re headed to eBay to post an ad for your cherished Ibanez JS.

While guitarists will likely take inspiration from what Satriani does on What Happens Next, his ubiquity as one of the most influential players since Hendrix is because a lot of what he plays here sounds almost like a meme because it’s so familiar to the ear. Is he being ironic with the dramatic harmonics on “Thunder High on the Mountain,” or just reminding everyone that he taught guys like Eddie Van Halen the way? Is that a nod to riff pioneer Steve Miller on “Righteous” and a poke at everyone who’s copped a Satriani move on “Catbot”? There is barely a contemporary guitar tone or technical cliché that is not included here. You want a catchy wah-wah chorus? Got it. A fuzz-drenched solo? Check. Some mind-bending shredding? Of course. 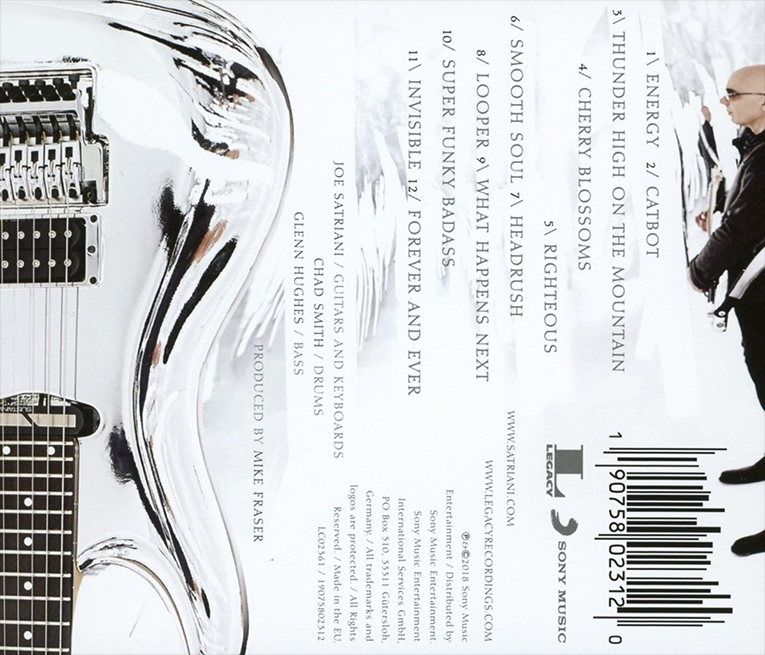 Not to say that, taken together, all these rock-guitar masterclass demonstrations don’t add up to a lot of fun. They do, and when Satriani takes things down a notch for the loping rhythm and sing-song melody of “Looper” or the liquid balladic introduction of “Smooth Soul,” you can’t wait for him to kick it back up into high gear.

This is a slick ride through Riffville, with Satriani’s panoply of sonic signatures out front. The sound isn’t particularly expansive, but it does effectively capture the leading man.