When you’ve heard someone play music as often as I’ve heard Ottawa-based guitarist Roddy Ellias over the past 40 years, it’s easy to overlook some of the things you hear; not to say that you ever actually take their musicianship for granted. With the 68-year-old Ellias, who has been more than a passing acquaintance for much of those four decades, it’s not so much familiarity or ubiquity that contributes to that state as his quiet self-deprecation. He’s so low key that it’s easy to forget that he’s both a world-class player and composer.

Fellow musicians like veteran pianist Marc Copland don’t have that problem. A year older than Ellias, the Philadelphia native knows his guitarists, having played frequently with the late John Abercrombie, Ralph Towner, and John Scofield. It was that background that made Copland wary of hooking up with Ellias when the idea was floated back in 2011 by Montreal bassist Adrian Vedady.

Ellias isn’t just another jazz guitarist, Vedady assured him. Indeed, Ellias’s background isn’t your usual heard-Hendrix-and-never-looked-back scenario. Instead, he fell in love with the idea of improvisation at the keys of his grandmother’s piano before switching to guitar in the early ’60s. He played in a Motown revue during high school, then headed to California with a pop-music group. He didn’t turn to jazz until around the time when I first heard him, playing duets with an older pianist named Dave Hildinger at a weekly coffeehouse gig. It was that relatively early experience with Hildinger that taught him how to fit his guitar with another set of strings.

“The textbooks tell us that a piano is a percussive instrument, but I don’t buy it,” says Ellias. “I’m drawn to piano players who play the instrument with a sensitivity to tone and touch, to colourful but transparent harmony, creative melodies, and to subtle rhythms and phrasing. Both Dave Hildinger and Marc Copland play the piano that way.”

In the ’70s, Ellias mirrored the prevailing musical ethos of the era with a fusion-tinged recording called A Night for Stars, but he was already looking beyond jazz to classical music. He studied with the noted Canadian composer André Prévost at the Université de Montréal and earned a master’s degree, recorded an intriguing album called Whale Spirit Rising, and then largely disappeared from the performing arena into academia. When he re-emerged -- following stints at St. Francis Xavier, McGill, and Concordia universities -- he stunned listeners with the depth of his technique and the combined beauty and complexity of his compositions.

Since then, Ellias has been a constant presence as a bandleader, collaborator, and musical mentor, generally belying his age and position of retired academic. Despite his many and varied projects, he considers Sticks and Stones his best work. 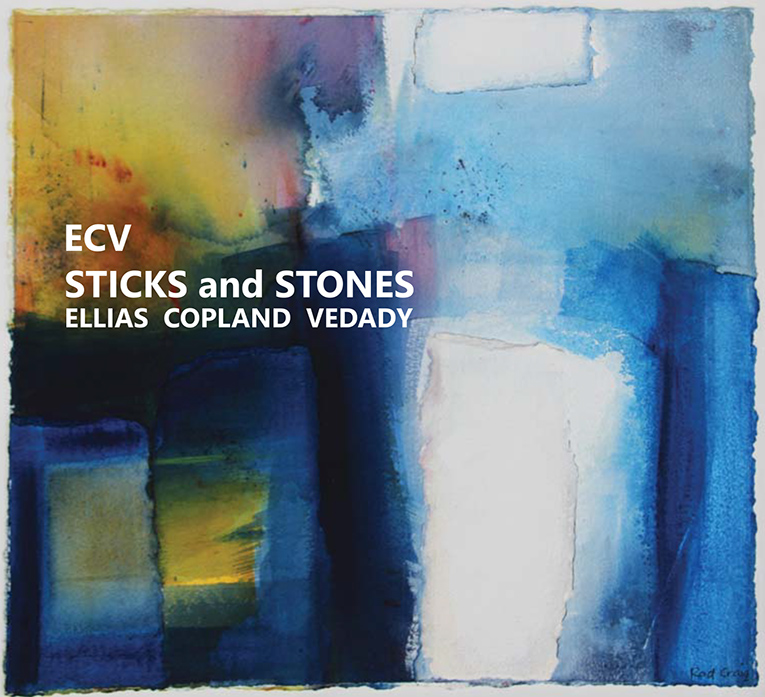 It’s hard to dispute that. Pieces like Ellias’s “Folksong” -- one of three he wrote specifically for this project -- resonate with the attention to detail and level of feeling common on the best ECM recordings. Ellias’s acoustic guitars and Copland’s piano are in perfect balance, accentuating the counterpoint that many of the guitarist’s compositions employ, and Vedady’s resonant bass serves as a propulsive element on pieces like “Hymn,” another bespoke Ellias original.

“The pieces on this recording are very specific in terms of the guitar part,” says Ellias. “They’re almost written out like solo classical guitar pieces as opposed to a lead sheet with melody. All the inner lines, bass movement and so on are there.”

He says the arrangements were worked out during a couple of days of rehearsal in Montreal, prior to the recording.

We tried different things to see what works and what’s possible with each tune, and then when we play or record them we have possibilities to choose from. The only thing that might be set is the overall structure or the “roadmap” of the piece. . . . Marc and Adrian usually start with what’s written. Marc doubles the guitar part until he becomes familiar enough with it that he can then do his magic, or sometimes he might choose to just stay with what’s there for the statement of the melody before we improvise. There’s often discussion -- very much without ego. We’re all open to ideas that make the best music we can make. We’re all also very flexible with the harmony when it comes to the improvised sections of the music. Marc picks up on the harmonic environment that is suggested in the piece and he takes it to wonderful places. We all three explore the possibilities of the harmonic environment of the piece.

The truest expression of the group’s collaborative approach comes on a lightly swinging version of “Nardis,” a piece Miles Davis claimed as his, despite the obvious hand of pianist Bill Evans in its creation. Among those of Ellias and Copland’s generation and musical persuasion, “Nardis” is like a standard, so it serves as exceptionally fertile ground for extended improvisation. The interplay between piano and guitar is particularly fluid, and provides a clear view into how the two musicians approach flavoring a song. 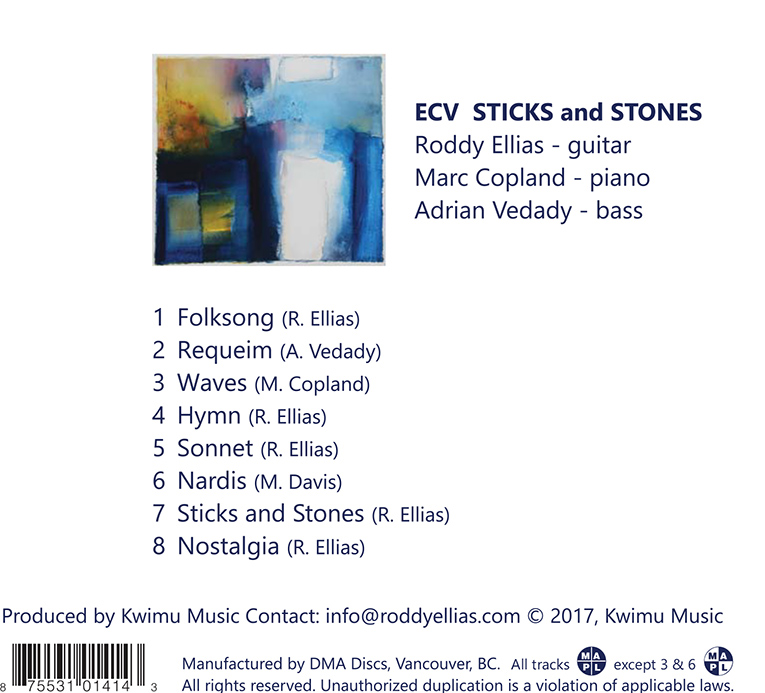 “The collaboration with Marc is a dream come true,” says Ellias. “He has a way of blending with guitar that few piano players have, and he’s the rare pianist that leaves space. Marc and I (and Adrian as well) are very interactive players. What one of us plays affects what the other plays. It’s a real conversation -- one in which the end result is greater than the sum of its parts. I think of it like a master water colourist who comes up with a magical blend of two or three simple primary colours.”

The fourth “colourist” in the mix is engineer Padraig Buttner-Schnirer, who recorded the session at Studio 451, a facility known as The Bank in the Verdun district of Montreal. The clarity and separation he achieves are exceptional.

“Marc had previously recorded [with] Padraig at Studio 451 and was really happy with the sound,” says Ellias. “The studio has a wonderful piano, and Padraig has a great ear for capturing all the nuances and subtleties that Marc brings out. And he does the same with guitar and bass. I still can’t believe how beautiful he blends the guitar and piano sound. Adrian said that there were times he couldn’t tell who was playing what in the comping between us. The sound on all three instruments is great and the blend is wonderful.”

Sticks and Stones is an album that richly rewards close listening, and continues to reveal itself.