Vijay Iyer Sextet: "Far from Over"

There’s a common refrain in the wider jazz community that there are few stars left, and that those who still remain -- Keith Jarrett, Herbie Hancock, Wayne Shorter, and Sonny Rollins are those most often cited -- are well into their senior years. The people who repeat this refrain like a mantra mourn the days when, as my colleague Howard Mandel wrote, “giants walked the earth.” The typical roll call of giants includes Miles Davis, John Coltrane, Thelonious Monk, and select others of their generation.

As Mandel argued in his book Future Jazz, innovation in improvised music didn’t die with those giants. Those who refuse to recognize that new giants are emerging all the time are ignoring reality at the cost of remaining mired in the past and missing a lot of compelling music.

In fact, the past 20 years have seen the flowering of a large number of distinctive improvising instrumentalists and jazz composers. What’s kept them from being recognized as worthy successors to the crowns worn by artists like Davis, Coltrane, and Monk is that they haven’t necessarily followed the traditional path nor drawn from the standard well of resources. And let’s face it: some people are simply reluctant to admit that any artist could match or surpass their heroes. Fair enough. 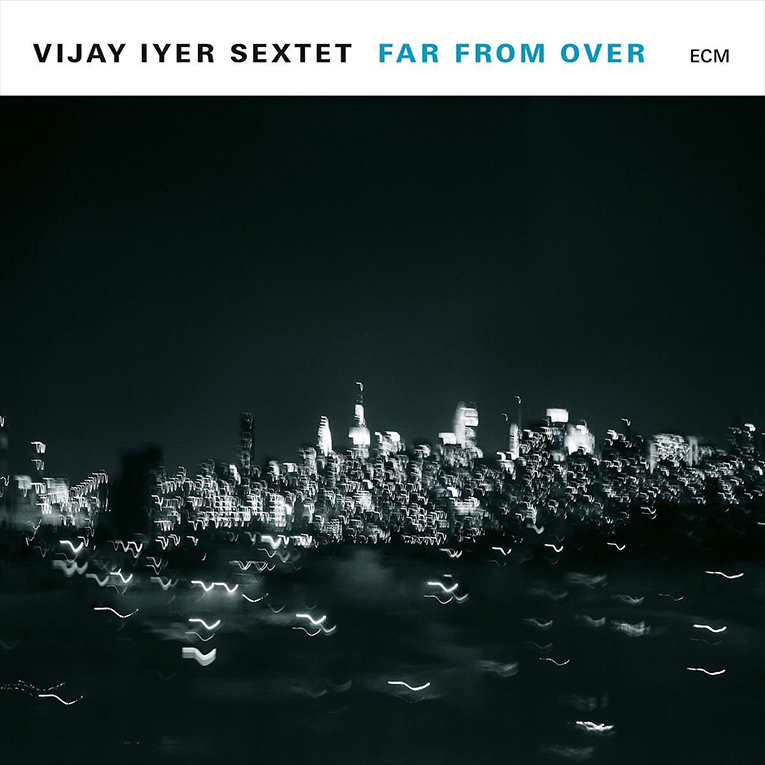 A prime example of the new generation of giants is pianist and composer Vijay Iyer. Now 45, Iyer has achieved the kind of recognition and status that few musicians of any genre achieve. In 2013, he was awarded the prestigious MacArthur Fellowship -- the so-called Genius Grant -- and the following year he was appointed to the senior faculty of Harvard University’s music department. Since 2012, Iyer has also led the summer workshop in jazz and creative music at the Banff Centre for Arts and Creativity.

A native of Albany, New York, Iyer is the son of Tamil immigrants. Educated as a classical violinist from a young age, he pursued graduate studies in mathematics and physics, and received a doctorate in technology and the arts from the University of California, Berkeley.

By anyone’s measure, he is not a typical, trained-on-the-bandstand jazz artist, yet he has championed the kind of in-the-moment creativity and risk-taking that his jazz forebears pursued. He is a fierce champion of human rights. His trio has become one of the most popular draws on the jazz festival circuit, performing music that is a 21st-century extension of the work pioneered by pianists dating back to Art Tatum. In addition, he has explored broadly, delving into spoken-word and video collaborations, music for dance, and chamber music works.

Given all of that, his recruitment to the ECM Records roster in 2014 came as no surprise, although the decision to release a chamber music suite as his debut album on the label caught some off guard.

Now, for his fourth CD on the label (a film project, Radhe Radhe: Rites of Holi, with the late director Prashant Bahargava, was released on DVD and Blu-Ray by ECM in 2014, and Iyer released a set of duets as a co-leader with trumpeter Wadada Leo Smith in 2016), Iyer has assembled a sextet of remarkable musical depth, featuring Graham Haynes on cornet, flugelhorn, and electronics, Steve Lehman and Mark Shim on saxophones, and longtime collaborators Stephan Crump on bass and Tyshawn Sorey on drums.

Haynes, who -- speaking of giants -- is the son of drummer Roy Haynes, is a particularly welcome addition, since he’s been largely out of the limelight since releasing a number of exciting albums in the ’90s. In the years immediately following Miles Davis’s death in 1991, Haynes was the first trumpeter to pick up the mantle of Davis’s electronic explorations, so it’s no surprise that Iyer recruited him, because he had intentions of going there, too.

Several of the pieces on Far from Over, notably “Nope” and “End of the Tunnel,” make sonic references to Davis’s work from the late ’60s and mid-’80s, layering electronic keyboards and horns over either floating (“End of the Tunnel”) or funk (“Nope”) rhythm. Sorey, who occasionally subs for Marcus Gilmore in Iyer’s trio, is a master of both types of percussion, and his ability to meld subtlety and power is much in evidence throughout Far from Over. On the title composition, Sorey constantly shifts the dynamics as Haynes and the saxophonists solo. The mood is intense and foreboding, but the drummer and Crump keep the song from collapsing under its weight.

The larger ensemble, and the creativity that Lehman and Shim bring to it, provide opportunities for Iyer to explore his ideas for writing for horns, but as he always has, the pianist continues to build compositions from the rhythmic structure up. On the opening “Poles,” the primary approach is a flurry of staccato movements that underpin several call-and-response exchanges between the horns, but the closing section recalls Davis again as the rhythm opens up and Haynes plays a lengthy solo on electronically enhanced cornet. At the other end of the spectrum sits “Wake,” which features Haynes blowing ethereal waves over a circular piano figure.

Standing apart from the other nine pieces is “For Amiri Baraka,” a trio work with a compelling piano theme that rises throughout the three-minute duration. Along with “Threnody,” the fierce closing lament, the dedication to the late Newark, New Jersey, poet and scholar signals that Iyer has not taken his eye off the state of his country and the larger political environment. This is tough music for hard times.

Produced by ECM head Manfred Eicher and engineered by the veteran James Farber at New York City’s Avatar Studios, Far from Over sounds rich and spacious, with excellent separation between the instruments.

Expect to see this recording on many top 10 lists for 2017. It is a beautiful thing.