Randall Bramblett: "Juke Joint at the Edge of the World"

Beck’s idiosyncratic mashups generally defy cover versions, let alone by veteran southern jazz-rock artists. So finding a credible version of “Devils Haircut,” one of the core tracks of Beck’s breakthrough Odelay, on the 14th album by Randall Bramblett is a surprise.

A 69-year-old native of Georgia, Bramblett first rose to prominence as a member of singer Gregg Allman’s solo bands in the 1970s. His saxophone playing and keyboard work were a large part of moving Allman away from the long shadow of the guitar-oriented Allman Brothers Band at a time when he was trying to establish his own persona. Bramblett also ventured into another side project on the far reaches of the Allman solar system: the jazz-rock collective called Sea Level, which featured then-Allman members Chuck Leavell and Lamar Williams, and founding member Jaimoe. Again, Bramblett’s contributions helped affirm that southern music was more than just squalling Les Pauls and gravel-throated vocals. For a time, he was one of a handful of talented musicians who seemed to make up the Capricorn Records house band, making appearances on recordings by Capricorn artists John Hammond, Elvin Bishop, Bonnie Bramlett, Hydra, and Cowboy. By 1990, he was branching as far afield as work with Robbie Robertson and Steve Winwood.

While he was best known as a sideman, since 1975 he has also been making highly melodic and lyrically rich solo albums, including That Other Mile and Light of the Night for Polydor Records. His songs were both a bit mysterious and arch, making him appear like a southern cousin of Steely Dan.

I lost track of Bramblett sometime during the 16-year gap between 1982’s Live at the i&i and the rebirth of Capricorn Records, which included his album See Through Me. Then he disappeared again from my radar, only to resurface in 2015 with the release of Devil Music, a favorite with Mike Marrone, the program director and morning host of SiriusXM’s The Loft. 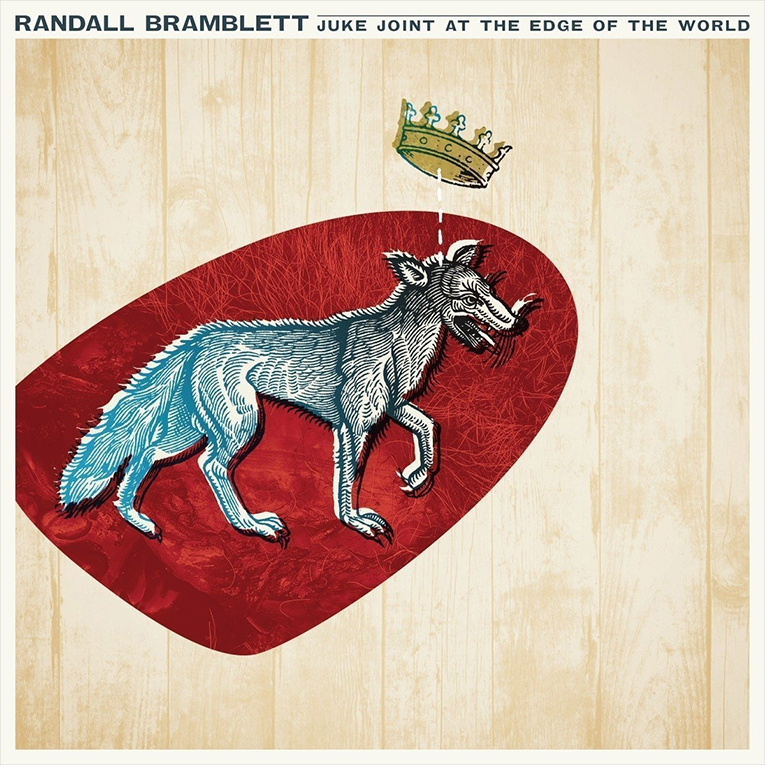 When I began to hear him frequently again on Marrone’s show, I was pleased to hear that Bramblett has lost none of his warmth, grit, and humor, so Juke Joint at the Edge of the World offered a welcome opportunity to dive back into his world.

As with the Beck cover, Bramblett dances into psychedelic territory with “Trippy Little Thing” and “Mali Katra,” which join an ephemeral canon of southern artists like Joe South and ZZ Top who developed a fascination with electronic mind expansion.

Elsewhere, he delves into the kind of world-weary, age-referential territory that southern artists like Mose Allison and Delbert McClinton have staked out. On “I Just Don’t Have the Time,” he strikes the pose of a man who dismisses someone whose life is too complex to invest in, and manages to make fun of himself for forcing a rhyme with the name of Art Garfunkel. On “Plan B” he extends an automotive metaphor almost to the breaking point, yet continues to find new ways to make the wordplay wry and creative.

Bramblett’s band, which includes Isaac Bramblett, his son, on vocals, sounds like a seasoned unit. At least one member, guitarist Davis Causey, has a relationship with the singer that dates back to Sea Level. Another long-standing relationship, with engineer Jim Hawkins -- whose credits date back to the Allmans’ second album in 1970 -- and his Studio 1093 in Athens, Georgia -- contributes to the crisp, natural sound and its seamless blend with the more contemporary electronic sounds.

Like the aforementioned McClinton, Bramblett is a veteran who has never quite broken through to the mainstream, yet his music remains vital and energetic, to say nothing of the intelligence that shines through the lyrics and the musical integrity evident in the sonically varied compositions.