The first music review I had published examined an album by Gregg Allman. By then, 1977, I’d already been hearing his voice for seven years. So I approach his final recording with both sadness and a wealth of historical context. Although I met Allman only once -- very briefly on a beach in Macon, Georgia, in 1979 -- I feel like I’m saying farewell to an old friend.

As a critic, I don’t usually take such a personal approach to reviews, but Allman’s power was his ability to lay himself bare in his music. As a listener, you felt the ache in his voice on songs like “Oncoming Traffic.” When he sang “I’ve been run down / I’ve been lied to / And I don’t know why I let that mean woman make me a fool” on his epochal song, “Whipping Post,” he communicated his tangle of anger, confusion, and regret.

Always a guarded, even taciturn interview subject, Allman opened up in later years, writing an autobiography, My Cross to Bear, that was by turns boastful and self-excoriating, and sitting for a long, thoughtful interview with journalist Dan Rather. He revealed himself as a gentle, wary man who never stopped beating himself up over a lie he told his older brother and guiding light, Duane, in their last conversation before the 24-year-old guitarist was killed in a motorcycle accident in 1971. For decades, Gregg buried himself in heroin, cocaine, and alcohol.

Along with Keith Richards, for many years Gregg Allman was the most visual example of rampant drug and alcohol abuse. Unlike Richards, who never seemed to suffer from his excesses, Allman was always either a public mess -- embarrassing himself when his band was inducted into the Rock & Roll Hall of Fame, for example -- or a walking example of what overindulgence could do to your health. He suffered from hepatitis and cirrhosis, underwent a liver transplant, and was wracked by cancer for the final five years of his life. According to close friends, approaching the end of 2016, while working slowly through Southern Blood, Allman realized he had only months to go. That imbues the album with an added layer of meaning. Like David Bowie on Black Star, Allman was clearly making a final statement.

Allman was fussy about studio recordings. He claimed he had been spoiled early in his career by working with the legendary engineer and producer Tom Dowd, and he would trust himself with only a few other studio veterans. T Bone Burnett got some superb performances from him on 2011’s Low Country Blues, but when Allman began to contemplate his final recording he reached out to Don Was. The connection to Was came through a relatively recent tribute project; Allman’s connection to his choice of recording venue was much deeper. Fame Studios in Muscle Shoals, Alabama, was where Duane Allman first demonstrated his brilliance as a guitarist, on sessions overseen by Jerry Wexler for soul artists on Atlantic Records. Gregg once wondered aloud to a reporter why The Allman Brothers Band had never recorded there. For this final recording, Gregg obviously wanted to go to a place with deep meaning and personal history. It’s not a studio with any significant sonic personality -- neither resonant with a funky retro vibe nor able to be tuned to provide contemporary depth -- but clearly it held ghosts Allman wanted around. 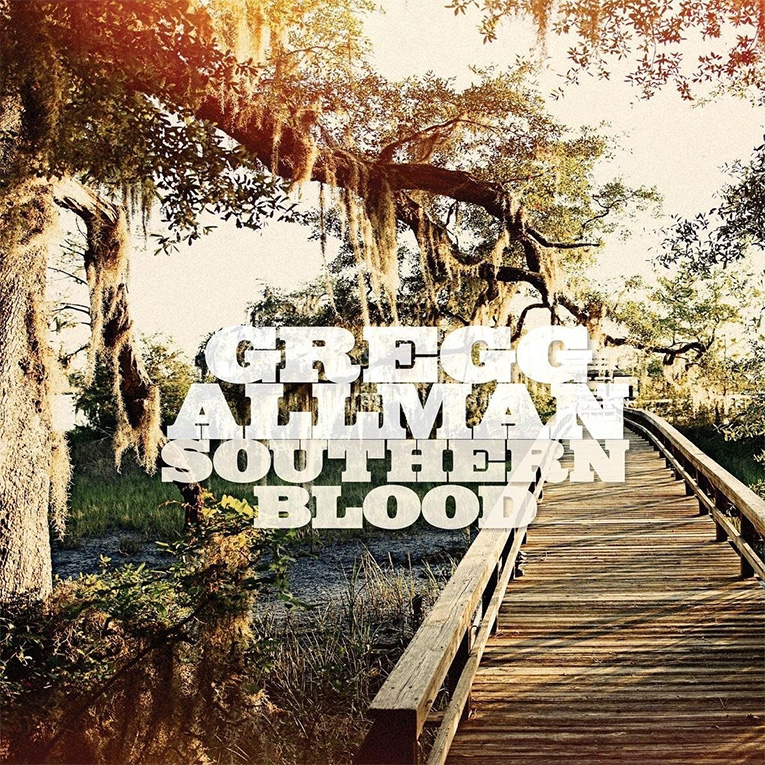 By the time pre-production started, Allman knew his days were running out. His liver cancer had metastasized to his lungs. He left a lot of work to Was, who helped pick songs and approaches that served as an overview of Allman’s career of 50-plus years. The blues is represented by Willie Dixon’s “I Love the Life I Live.” There’s folk music aplenty, from the pens of Bob Dylan, Tim Buckley, and Jackson Browne. His brother’s contemporary, Jerry Garcia, is there in the form of “Black Muddy River,” and longtime guitarist Scott Sharrard brings the grit with two songs, one co-written with Allman.

Despite his association with guitar-driven rock, Allman’s true love was R&B music, as exemplified by Bobby “Blue” Bland and Ray Charles. He loved to contrast his husky drawl against a good horn section, and Jay Collins, Marc Franklin, and Art Edmaiston provide powerful support on a handful of songs. Of course, one can never imagine Allman’s voice without a stinging slide guitar, and Sharrard was the latest of many sidemen to pick up the mantle of Duane Allman. While Sharrard lacks the virtuosity of either Duane or Derek Trucks, he has a cutting sound and the experience to know how to fit his playing with Allman’s slightly-behind-the-beat delivery.

In his prime, Allman’s voice was affected by his drug use, but it sounded strong and clear by the time The Allman Brothers Band played their final shows at New York City’s Beacon Theatre in 2014. But by the time of this recording, his lung cancer had robbed him of much of his stamina, so Buddy Miller was enlisted to provide background vocals and overdubs. Was and Miller are such pros that any fills that had to be recorded to compensate for Allman’s health sound seamless.

But even his terminal disease could not take away the singer’s unique ability to make a chestnut like Lowell George’s “Willin’” sound fresh. Like Bettye LaVette, Allman always had a way of injecting his own personality into songs, and he continues to surprise here by making unusual note choices and injecting slurs or hesitations into the lyrics to make them his own. In the album’s most electric moment, in Browne’s early composition, “Song for Adam,” his vocal inflection seems to encapsulate his entire life. The moment comes as he gets to the verse that ends Browne’s narrative about his late friend, Adam Saylor, who died -- an apparent suicide -- in 1968: “Still, it seems he stopped his singing in the middle of his song.”

When I first heard it, I thought Allman had consciously made an unusual decision of how to voice the final word. It comes out more spoken than sung, and sounds almost as if he was swallowing the single syllable as he considered its meaning. But it wasn’t planned. Producer Was says that the song always resonated with Allman because he related it to his brother’s early death. In the studio, when he got to “song” he choked up, broke down. The session was abruptly ended for the day. Was speculates that Allman, being a perfectionist about his vocals, would’ve overdubbed it if he’d had the chance. But there it sits, and it’s heartbreaking. Heartbreaking for all the tragedy in Allman’s life -- tragedy (the murder of his father, the death of his brother and bandmates Berry Oakley and Lamar Williams, the lost years of drug addiction) that spurred him to write in his autobiography that, given the chance, he probably wouldn’t choose to live his life again. And heartbreaking because, at 69, Allman still seemed to have so much left to share. He was just beginning to grow into a voice that always sounded like it held the wisdom, regret, and experiences of an old man. Like brother Duane’s, Gregg Allman’s song still had verses and choruses left to sing.