In his fully improvised solo recitals, which began roughly around 1971 -- at the time of his first ECM recording, Facing You -- and ended in 1996, pianist Keith Jarrett attempted to connect with forces beyond his consciousness. He would walk onstage without a concept of where he would begin or end, and let his muse transport him and his audience for stretches of 30 or 40 minutes. This concept was at the heart of ECM’s best-selling catalogue item -- Jarrett’s 1975 The Köln Concert -- which has reached almost four million in sales, as well as numerous other recordings. Of course, Jarrett being Jarrett -- one of the strongest willed and most outspoken musicians in contemporary jazz -- he is never completely without ego, which makes for an interesting push and pull of forces.

For all those reasons -- to say nothing of his exceptional breadth of technique -- the release of five hours of previously unreleased improvised solos from his Italian tour of 1996 has generated enormous interest among Jarrett’s many fans.

Captured by Jarrett on his own Sonosax DAT recorder at four concerts, the 12 pieces -- eight extended improvisations, two encores, and a pair of standards -- contain all the elements of his solo expression: long stretches of spectral runs, gospel-inflected ostinatos that generate trance-like interludes, and moments of pianistic ecstasy that are accompanied by his guttural vocalizations. To the uninitiated, that might sound overwhelmingly self-indulgent -- the opposite of ego-free playing -- but those spectacular sales figures reflect the fact that Jarrett makes it all quite transformative. 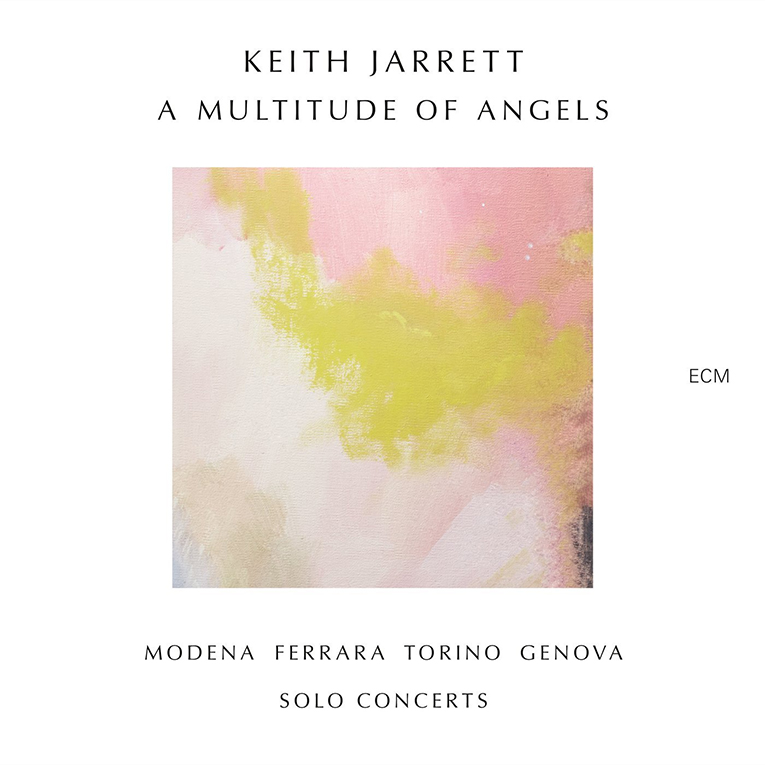 The first night’s performance in Modena is representative of Jarrett’s extraordinary range. The first part begins with a slowly unfolding, rhapsodic movement that seems too well constructed to be spontaneously composed, but such is the magic of these solo outings. In the liner notes, Jarrett writes that he felt he was “playing for [his] life” -- his reaction to the onset of the chronic fatigue syndrome that would soon sideline his career for several years -- and he does seem to be pushing himself to extremes, extending segments well past the point where through-composed pieces would likely resolve. As the mood strikes him, his playing in the first section from Modena becomes more sprightly, with opposing keyboard motions and long runs. The piece becomes more percussive, with his signature bass ostinato, but then turns almost Baroque, with trills and flourishes contrasting with his loud foot stomps and aggressive vocalization. By the end, he has wound down once more, concluding with some minimalist movements, barely above a whisper.

The second half of the concert is more unsettled, using a series of flittering fingerings, slashing motions, and discordant voicings. Shattered runs shift and collide like a mad calliope, and there are references to the beautiful, clattering movements that were common on his earliest solo works. Again, this segment resolves to a very slow, melodic close, which is an ideal bridge to a gorgeous rendition of “Danny Boy,” one of the standards that he loves to interpret. Along with the other traditional composition in this set -- Arlen and Harburg’s “Over the Rainbow” -- he barely adorns this, staying close to the original melody and taking a very spare approach to revoicing the harmony.

Over the course of these concerts Jarrett demonstrates again and again how he tunes into his mood and follows it where it leads him: sometimes to a semaphore-like percussive interlude, as on part two of the Ferrara concert, and other times to a sturdy blues figure, like on the ending of his Torino recital.

Jarrett writes that he was nauseous throughout these performances and had to force himself onstage each evening, but his struggle yields only beauty.