For both commercial and musical reasons, longstanding bands are rare in improvised music. The trio BassDrumBone, which celebrates its 40th anniversary in 2017, is unusual, then, in terms of longevity, but even more unusual in instrumental makeup. Bassist Mark Helias, 66; drummer Gerry Hemingway, 61; and trombonist Ray Anderson, 64, were all up-and-coming young men in 1977 when they got together for the first time to play in New Haven, Connecticut. Hemingway, a New Haven native, was already teaching and developing a unique approach to codifying non-traditional percussion sounds. Helias was studying at Yale, and Anderson was a nascent member of Anthony Braxton’s group. Hemingway thought they might gel as a trio, and clearly they did.

Over their four decades together they have recorded for Black Saint, Minor Music, Enja, Data, Clean Feed, and Hemingway’s Auricle label, and this double CD presents a mix of new music recorded last August, live recordings from 2013, and six pieces on which the band extends to a quartet -- three with pianist Jason Moran and another three with saxophonist Joe Lovano. All told, it represents a fabulous way to turn 40. 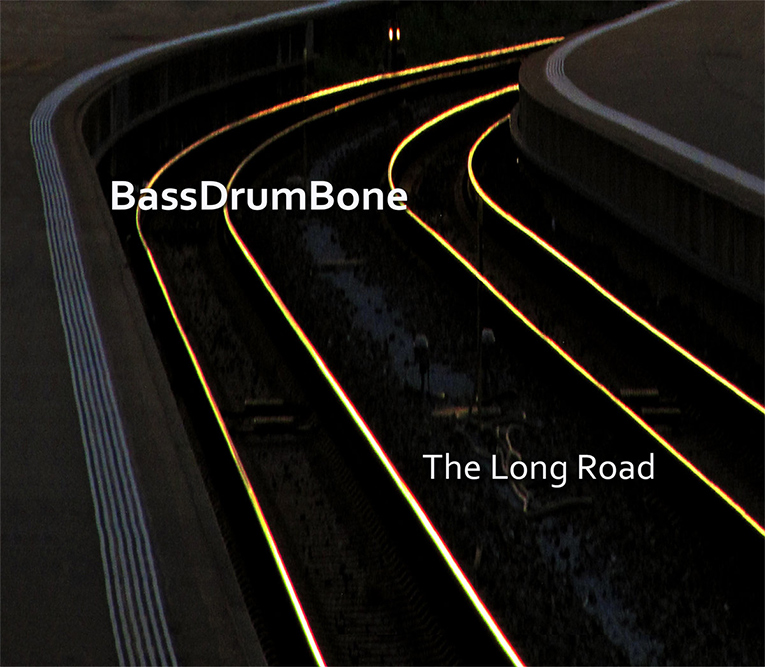 Anderson’s composition “Oh Yeah” -- a trio piece -- is an instant signal that the band has lost none of its spark over the years. A major element in their work has always been a highly percussive nature that reaches back to the roots in New Orleans second-line parade music and the blues. In the ’70s, when Anderson was laying his gruff trombone sound, Tom Waits-ian vocals, and ebullient personality on a lot of music out of New York City, his approach was called avant-gut bucket, and it influenced and inspired a number of his contemporaries. With Hemingway and Helias strutting in and out of time, it sounds as fresh as it did then.

Hemingway’s “Kemp” is the kind of multi-faceted composition that allows the trio to demonstrate its extensive breadth. Shifting from free-time interactivity to a more structured rhythmic flow, it finds the three musicians making tight slalom turns at breathtaking speed. The drummer’s “Cherry Pickin’,” with Lovano joining in on tenor, originally appeared as “For Don C.” in 1997. Beginning as a hip stroll, with Hemingway providing tuneful brushwork, the piece shifts to provide space for an invigorating duet between Lovano and Helias as well as a lengthy Anderson solo that is as breathy and tart as the pocket trumpet work of its subject: the late Don Cherry. 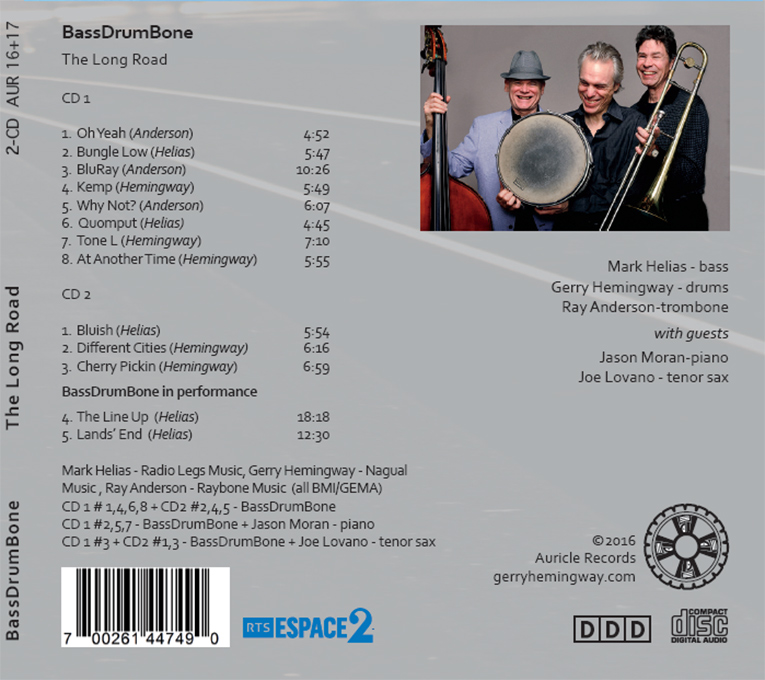 The presence of Moran on Helias’s “Bungle Low” adds a structural element to the trio that both highlights some previously unheard facets and provides a chordal instrument as a counterpoint to Anderson’s braying melody lines.

In his liner notes, Hemingway states that the band included the two live pieces from a Lausanne concert because they show another side of the band, and indeed, the group improvisation that introduces the 18-minute “The Line Up” shows the group indulging in the kind of extended listen-and-respond collective improvisation that they frequently eschew in the studio. All three musicians are masters of the kind of free improv that draws as much on contemporary classical music as it does on the blues, and they also stand apart by having the taste to vary the approach frequently and return to a compelling rhythmic foundation to counter the free-floating instrumental dialogue.