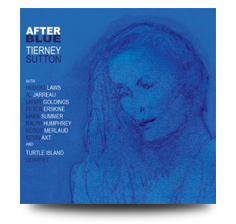 An A+ Tribute to Joni Mitchell from Tierney Sutton

When Tierney Sutton was recording for Telarc, I always felt that she had great promise but that she tried too hard, sometimes resulting in uncomfortable grandstanding. But 2011 brought American Road, her first disc for BFM Jazz, and everything seemed to change. Her voice had matured and darkened a bit, and she seemed more at home and less driven to prove a point, which made her all the more able to make those points.

Now here she is with a tribute album to Joni Mitchell, and it's one of the best albums I've heard this year. Joni Mitchell and jazz are no strangers. She has used it on several albums and displayed its influence on others. And her music works as well when other singers program it. Listen to Ian Shaw's Drawn to All Things (Linn AKS 276, also available as a high-resolution download) if you need proof. Good though Shaw is, Tierney's album strikes me as the ultimate nod, the blue ribbon award to Mitchell as a songwriter.

Great songs have not one, but many interpreters. Joan Baez sings Dylan to great effect, and one can only say that her interpretations, as well as the author's, point out how great the songs are. Sutton does that with this album. Though her own singing style often overlaps with Mitchell's, her original approach never causes us to lose sight of the song and how simply gosh-darned wonderful it is.

Sutton has a regular band, but it was mostly tied up during the recording of After Blue. So she asked pianist Larry Goldings to be part of a new back-up group of musicians. Her collaborations where Goldings is the primary or only artist on a track are perhaps the best, such as "Woodstock" and "Court and Spark." But different instrumentation keeps the album interesting. Sutton does two songs not written by Mitchell but performed by her on her orchestral album. One of these, "Don't Go to Strangers," is backed just by Serge Merlaud's eloquent guitar playing. It's a sultry and suave take.

There are other fine musicians on this disc. Flutist Hubert Laws adds juicy filigree to "The Dry Cleaner from Des Moines," and the Turtle Island Quartet provides Beatlesque backing for "Blue" and "Little Green." Al Jarreau pops up to romp through a duet on "Be Cool." But through it all, it's Sutton's warm and assured vocals that tie everything together. I have nothing but praise for her as a singer on this disc. Whether it's her honeyed lower voice or her sometimes pure and girlish upper register, her voice is at the peak of its powers, and Sutton now has the maturity to let it speak rather than push it.

The recordings are from three different locations with three individual engineers, but the final mixing by Andy Waterman at Umbrella Media Inc. (Chatsworth, CA) makes it all flow as smooth as silk. Seldom have I heard such luscious sounds that have such intimate detail.

Sutton has been nominated three times for a Grammy in the Jazz Vocalist category. My bet is that this album will get that nomination too, and this album is good enough that it just might win.

Be sure to listen to: "Big Yellow Taxi" has only Ralph Humphrey's drums accompanying. It's a real tour de force with one of the most dramatic pauses you'll ever hear. Right on!