RKO Radio Pictures cooked up this truncated version of Orson Welles’s The Magnificent Ambersons (1942) while the director was away in South America, filming his next (unfinished) film, It’s All True. At first Welles tried to communicate with RKO via long-distance calls, using fellow director Robert Wise as go-between, but to no avail: RKO made drastic cuts, rearranged the order of scenes, shot new scenes -- some directed by Wise -- and tacked on a sappy, happy ending.

Many feel that The Magnificent Ambersons remains a flawed masterpiece worthy of a higher rating than I’ve given it -- but we can only imagine what the film might have been had Welles retained control, and must assess it as it exists today. As far as I’m concerned, the film’s first third -- almost all Welles -- is worthy of 4.5 stars, the second third drops to three stars, and the final third to 2.5 stars.

The film is based on Booth Tarkington’s novel, which won the Pulitzer Prize in 1919; Welles’s screenplay adheres closely to its plot, and much of the film’s dialogue is lifted directly from the book. The story, beginning just after the Civil War, shows the coming and ultimate victory of the Industrial Revolution, and focuses on the slow, painful demise of the wealthy Amberson family through three generations, while also depicting the victory of the automobile and its spinoff industries. This is deftly done: each time rising car manufacturer Eugene Morgan (Joseph Cotten) appears, he’s driving a newer car.

Eugene is in love with Isabel Amberson Minafer (Dolores Costello), and when her husband dies he begins to vigorously pursue his plan to marry her. But Isabel’s spoiled brat of a grown son, George Minafer (Tim Holt), forbids Eugene to see his mother, even on her deathbed. The Ambersons are now penniless, while Eugene Morgan is very successful, but desolate. Welles’s original screenplay ended in darkness; the upbeat ending RKO imposed is more along the lines of “pick up your hat, dust yourself off, and get back in the race.” 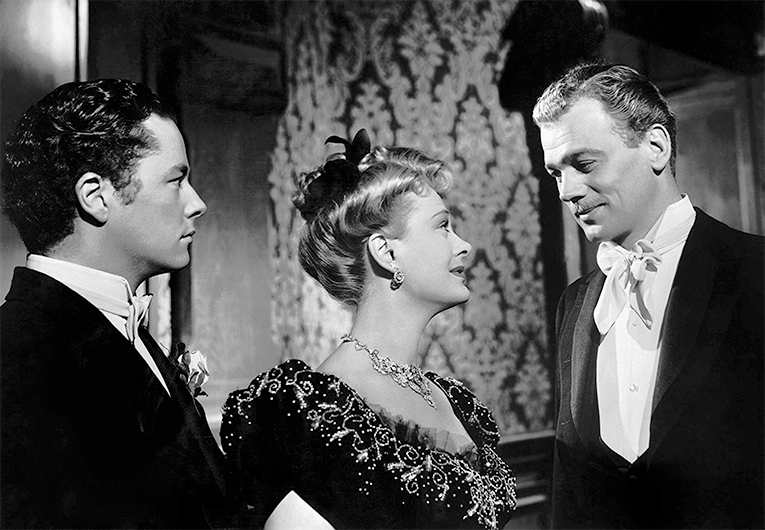 Most of the cast was drawn from Welles’s Mercury Theatre actors, and everyone acts well -- especially Agnes Moorehead, whose controlled yet hysterical performance as Fanny Minafer was nominated for an Academy Award for Best Actress in a Supporting Role.

A standout scene is the great ball near the beginning of the film. As couples come and go, Welles -- one of the film’s two uncredited cinematographers -- uses his magic with camera angles and distances to capture the ball’s excitement. Criterion’s video transfer is sharp and clear -- if your display’s grayscale is properly adjusted, you’ll see myriad shadings and contrasts. The cinematographer who did receive a screen credit, Stanley Cortez, shared Welles’s preference for dark images, and uses many silhouettes and shadows. The scenes reshot by RKO and directed by Wise and Fred Fleck, were obviously filmed by a different cameraman, which increases their jolt and our disappointment. But the monaural sound is really quite excellent, considering the film is 77 years old!

Extras abound. There are two commentaries from film scholars: one by Robert L. Carringer, the other with James Naremore and critic Jonathan Rosenbaum. There are new and significant interviews with film aficionados Simon Callow and Joseph McBride, as well as a new essay by François Thomas and Christopher Husted. One of my favorite extras is Welles’s appearance in May 1970 on The Dick Cavett Show. Welles followed Jack Lemmon; watching Cavett’s easygoing hosting style and hearing Lemmon’s pithy comments make us realize that we’ve lost not one but two great entertainers. 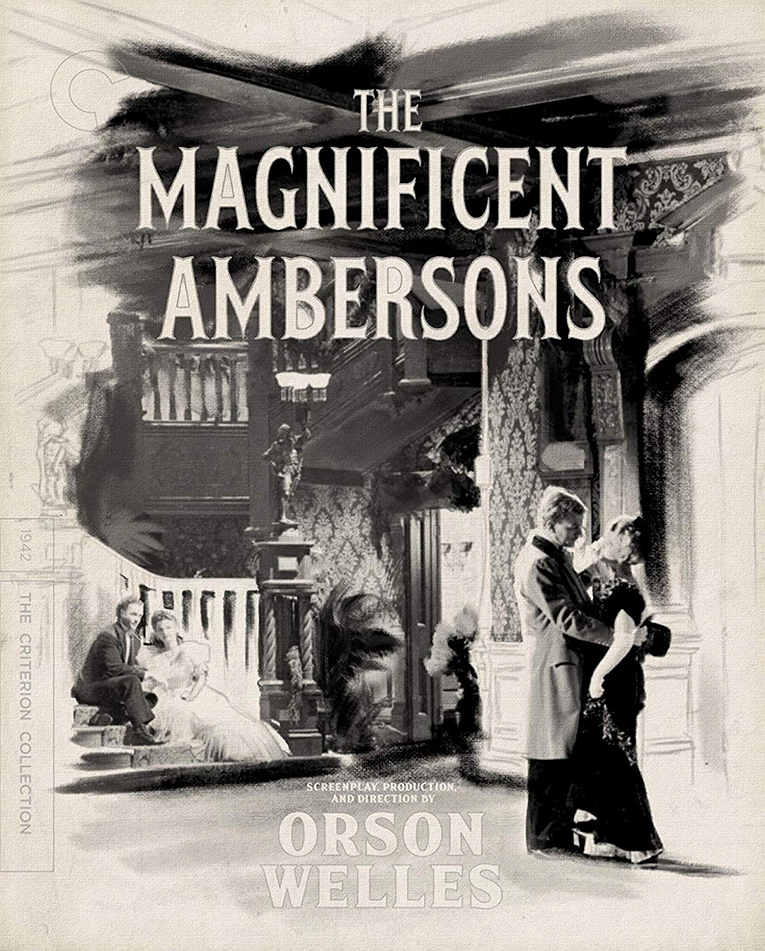 There’s more -- a lengthy excerpt from a 1925 silent filmed version of Tarkington’s novel, audio from a 1978 AFI symposium, and two radio plays performed by the Mercury Theatre: theatrical versions of Tarkington’s novels Seventeen (1938) and The Magnificent Ambersons (1939). The printed booklet is something of an odd design: stapled-together pages that look as if typed on a typewriter. They include an exhaustive article by film critic Molly Haskell, and articles by actors, authors, and critics Luc Sante, Geoffrey O’Brien, Farran Smith Nehme, Jonathan Lethem, and Welles himself.

The footage excised from The Magnificent Ambersons is apparently lost -- apparently, RKO burned it -- but Criterion has given us the best possible reproduction of what remains. It’s still a lot for film scholars to chew on, and it’s still worth viewing, warts and all.

Be sure to watch for: To end a winter scene early in the film, Welles uses an iris diaphragm to reduce the image to the lower-right corner of the screen, where it frames an early automobile receding into the distance -- as if saying goodbye to the early horseless carriage before moving on to what’s next.