In film, inns, taverns, and barrooms are usually plain, innocuous settings with an undercurrent of mystery that often attract conniving patrons who ramp up the action and turn them into battlegrounds. You find them in all cultures. Remember Treasure Island and the Benbow Inn? The titular establishment in this film is an isolated, peaceful inn with wooden tables, a bar on the first floor, and, on the second, a balcony leading to bedrooms -- nice accommodations for travelers.

The time is a chaotic period of China’s Ming Dynasty, and in director King Hu’s 1967 film, the Dragon Gate Inn doesn’t remain calm and peaceful for long. A band of mysterious men arrive, with obvious disdain for the inn and its bartender. Then a swordsman arrives -- Xiao Shaozi (Chun Shih) is stoic, silent, and doesn’t reveal his true profession. Think of him as an ancient Chinese version of the loner in Clint Eastwood’s Westerns. Immediately, there’s tense eye contact and body language between the group of men and Xiao Shaozi.

The men are agents of a ruthless eunuch, Cao Shao-qin (Ying Bai), who wields tremendous power, including executing his enemies. I had always thought of eunuchs as peaceful beings created to serve as slaves and performers, but it turns out that, in the Ming Dynasty, there were eunuchs who wielded powers second only to those of the Emperor himself.

More renegades arrive at Dragon Gate Inn, notably a woman, Miss Zhu (Lingfeng Shangguan), who turns out to be a badass fighter for good. As good battles evil, lots of swordplay and killing ensue, though the latter is almost bloodless by today’s standards. The mode of engagement is the ancient art of dueling with long swords, with bits of other martial arts mixed in. There’s also some magic, including the high leaps we’re now all familiar with from Ang Lee’s Crouching Tiger, Hidden Dragon.

Dragon Inn played to huge audiences in Taiwan half a century ago, and has been restored by the Ministry of Culture and the Chinese Taipei Film Archive, under the supervision of cinematographer Hua Hui-ying. The film is presented in its original 2.35:1 aspect ratio, and the colors in this 4K edition are sharp and bright, the resolution crisp and clean -- it’s a wonder to behold. The music is not so lucky -- though acceptable for the period, it sounds a bit anemic and tinny. The dialogue fares better, and the subtitles are easy to read.

The extras include interviews with Shih and Lingfeng Shangguan. The latter is still as feisty as she is in the film, whereas the former seems to have donned the mantle of film statesman, à la Leonard Nimoy in his later years. Both offer good insights into the film’s production and what it was like to work with director Hu. There’s newsreel footage of the film’s premiere, and a trailer. Most fascinating is a complete analysis of one of the film’s major scenes by author Grady Hendrix, who’s able to describe King Hu’s style in language that’s easy to understand -- a good mini-seminar. 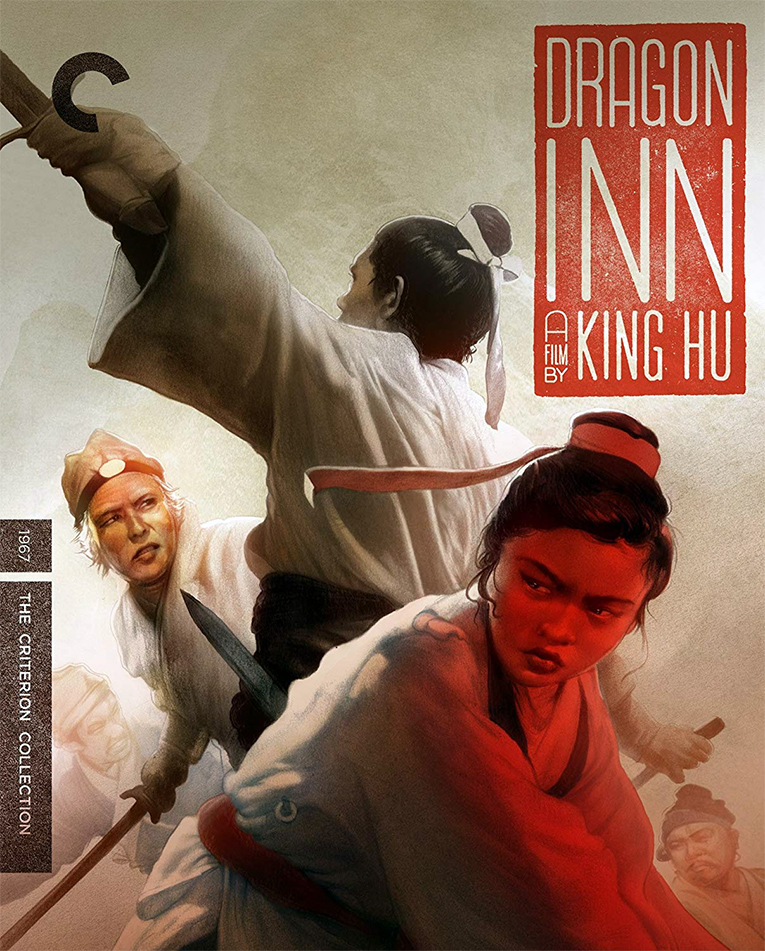 Rather than the usual single-fold booklet, Criterion has chosen an accordion- or roadmap-like foldout that I found awkward to handle. This was done to make the reverse a poster -- but who wants a poster creased with fold marks? Whatever, it contains an excellent essay by film critic Andrew Chan.

Film watchers who’ve seen some of the more current crop of wuxia films will find it interesting to see the beginnings of the style. Those who deplore contentious dialogue about eunuchs might be a little shocked. Those who just like a good action movie should be satisfied.

Be sure to watch for: The final battle sequence, in which heroes and villains square off, is made complete with some outrageous and nasty verbal insults sure to entertain.