Most readers know the plot of Frank Capra’s Lost Horizon (1937), based on the novel by James Hilton. British government envoy Robert Conway (Ronald Colman) escapes a war-torn Eastern European country, only to discover that he and his four companions have been kidnapped and transported to Shangri-La, a mythical land in the Himalayas. Conway, a pacifist, almost immediately feels at home in this land that has no rulers, no strife, no war, and little of the other baggage of civilization.

Conway falls in love with lovely Sondra (a radiant Jane Wyatt), and when Shangri-La’s High Lama (Sam Jaffe) dies, he passes his mantle on to the Englishman, giving him the responsibility for the country’s welfare. All at first seems well, but Conway’s brother, George (John Howard), can’t accept so much peace and quiet, starts to make trouble, and ends up destroying Robert’s dreams and aspirations.

Robert Gitt, who has worked on this restoration for decades, provides a minutely detailed commentary on the search for its various bits and pieces. The elements that would have made the best starting point had been lost, but a good soundtrack was found in the UK for the final 132-minute version. It then remained to find film footage in good enough condition to mate to the audio. All but four minutes’ worth were found -- in this restoration, those minutes are covered with still frames as the complete soundtrack unfolds. I’m greatly simplifying here -- Gitt’s commentary tells the entire tale of his complex quest. 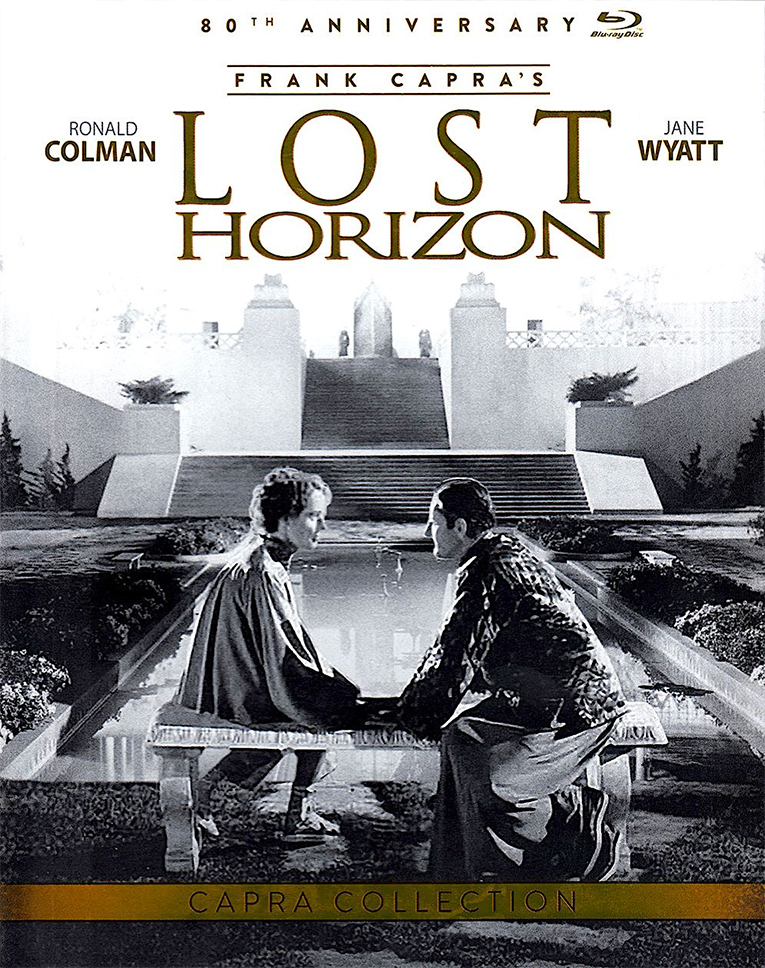 The result is something of a patchwork quilt. Much of this edition was transferred from 35mm prints and looks pretty darn good, but for some sections, mostly brief, the restorers had to resort to 16mm film -- the difference is obvious, but the power of the story and acting easily carried me through these rough spots. The soundtrack does sound excellent, which is especially fortunate -- it contains one of composer Dimitri Tiomkin’s most imaginative and colorful scores, conducted by no less than Columbia Pictures’ head of music, Alfred Newman (Randy’s uncle).

In addition to Gitt’s commentary is a video essay that uses sharply rendered still frames to show what the film’s original beginning might have looked like, an alternate ending, a featurette about the restoration process, and four theatrical trailers.

Sony Pictures has done a credible job on this restoration, which was completed at Sony’s Colorworks, though of course there’s room for, eventually, an even better version -- some of the lost elements and footage might still turn up. Even so, this edition of Lost Horizon should be of great interest to film buffs, if only for its meticulous presentation of the restoration process. First released as a digibook, it’s now available on an affordable single Blu-ray Disc.

Be sure to watch for: As Robert Conway leaves Shangri-La, he looks back, facing the camera. Without saying a word, Ronald Colman lets us know Conway’s conflicted feelings. It’s a masterful piece of acting, and an unforgettable shot.