In any conversation about screwball film comedies, My Man Godfrey is sure to be mentioned. Released in 1936, at the height of the Great Depression, it derided the rich as frivolous and empty-headed, and boosted good opinions of the poor, while still being breezy and riotously funny. One wonders if any of the ennobled poor could afford to see it.

At the beginning, we’re introduced to Godfrey “Smith” (William Powell), who’s living in a crate in a hobo village on the banks of New York City’s East River. “Prosperity is just around the corner,” he says -- and just then, some formally attired socialites turn the corner in a classy car. We meet the upper-crust Bullock sisters, Irene (Carole Lombard) and Cornelia (Gail Patrick). They’re on a scavenger hunt, and one of the items they need to find is “a forgotten man.” Irene nabs Godfrey and drags him to a party, where she wins the award and he dismisses the upper classes as a bunch of nitwits. As if to prove him right, the sisters’ raucous, motormouth mother, Angelica Bullock (Alice Brady), asks what a nitwit is. Godfrey is about to return to his slum when Irene asks him if he can buttle. The next day he arrives, shaved and properly attired, and is hired as the Bullocks’ butler. 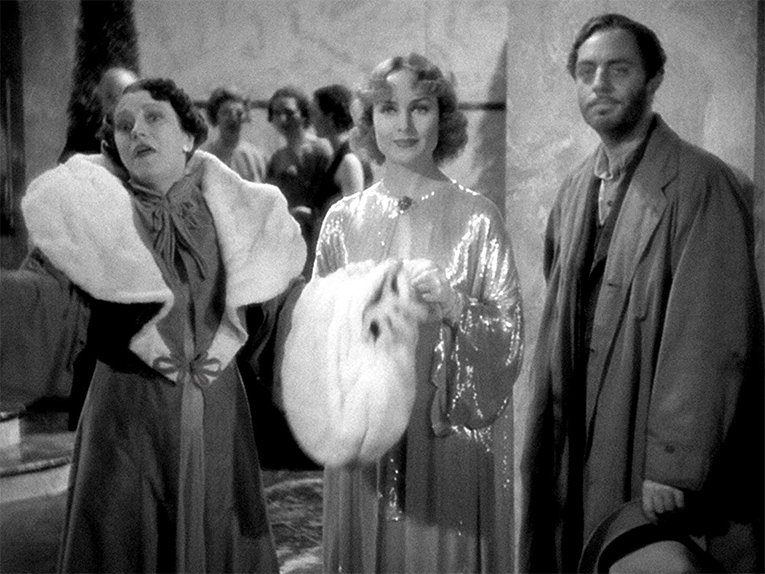 The Bullocks are loopy employers, as dysfunctional a family as that in Frank Capra’s You Can’t Take It With You (1938). Angelica tipples excessively, and Irene is downright goofy, in a lovable way. Father Alexander Bullock (Eugene Pallette) seems the only one in the family who’s sane -- a word that surely doesn’t describe Angelica’s protégé, Carlo (Mischa Auer), who manages to stay thin while eating everything put in front of him, and excels at gorilla impersonations. We quickly learn that Godfrey himself is upper crust, the disillusioned scion of a wealthy Boston family -- but the Bullocks don’t learn this till much later, after Godfrey has saved them from financial ruin.

Gregory La Cava directed, and irritated the heads of Universal Pictures by working without a script. The actors were encouraged to improvise and come up with their own material, and then La Cava might change a speech at the last minute. But with pros such as Powell and Lombard on board, this approach made for a great feeling of spontaneity. The dialogue crackles like machine-gun fire, so rapid that some jokes might fly by unnoticed on first viewing. Screwball comedy required lovers who were perfect for each other, but didn’t realize or admit it until the very end. Powell and Lombard fill the bill.

Universal has delivered a magnificent 4K restoration of My Man Godfrey, and Criterion has done an equally fine job of bringing it to BD. Blacks are jet black and whites are bright, and between them you’ll see hundreds of shades of gray, assuming your display’s grayscale is properly adjusted. It’s hard to believe that this film was first released 82 years ago, but what might betray it is the soundtrack -- overall it’s crisp and clear, but a tad tinny here and there. The only original music is under the opening and end credits. Any other music is source music, and Criterion’s audio transfer reproduces that authentically. 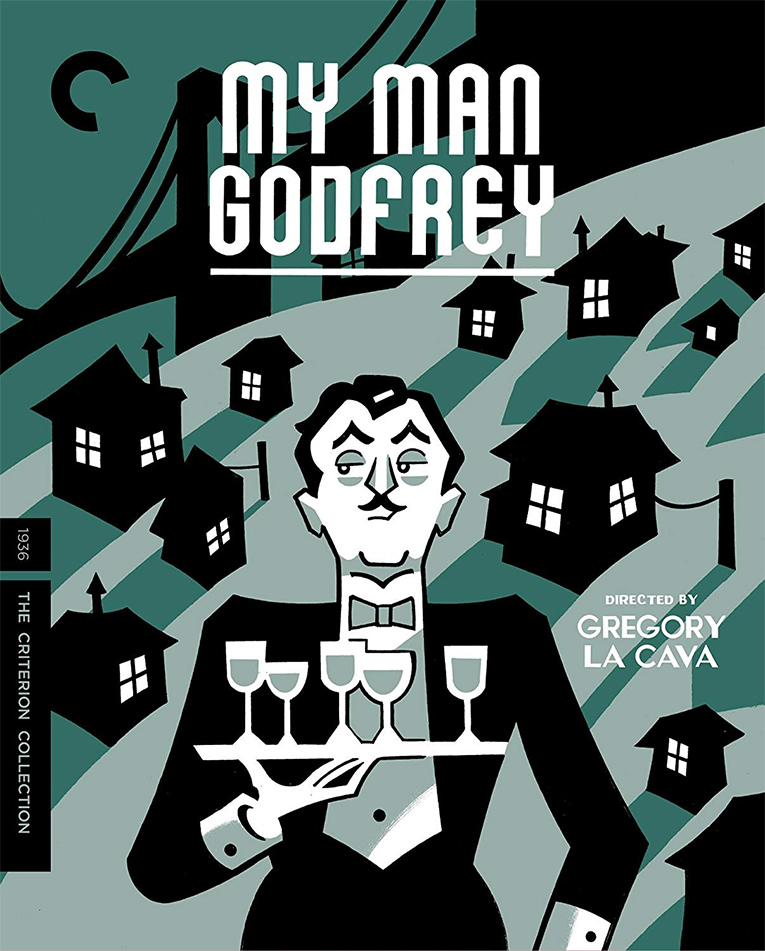 There are no lengthy extras, but the ones provided are good. There are in-depth essays by jazz and film critic Gary Giddins and film critic Nick Pinkerton, both of whom write about La Cava’s professional and personal life, much of both of which revolved around alcohol, including working with his drinking buddy W.C. Fields. Outtakes -- unusual for a film of this age -- prove that the actors of the 1930s could make mistakes and curse just as strongly as those of the 21st century. Also included are a Lux Radio Theatre version with the original film cast, a few short newsreels depicting class divides during the Depression, a trailer, and a booklet essay by film critic Farran Smith Nehme.

My Man Godfrey is a classic representative of the world of the era in which it was made. It’s not preachy -- it’s thoroughly delightful. The cast is perfect, the laughs plentiful. If you haven’t seen it, be prepared for a treat; if you have, look forward to seeing it look better than it ever has.

Be sure to watch for: About midway through the film, Godfrey and Irene are washing dishes. The camera stays rock-still to let you watch these pros at work as they make acting look like the easiest, most natural thing in the world.