"In a Lonely Place"

Psychotic and Vulnerable: Bogart in One of His Greatest Roles

In a Lonely Place (1950) contains one of film noir’s most often quoted speeches: “I was born when she kissed me. I died when she left me. I lived a few weeks while she loved me.”

Humphrey Bogart’s production company, Santana Productions, decided to film Dorothy B. Hughes’s 1947 thriller, In a Lonely Place. The first actress considered for the female lead of Laurel Gray was Ginger Rogers. Bogart naturally wanted his wife, Lauren Bacall, for the role, but Warner Bros. wouldn’t let her go. Nicholas Ray had signed on as director and pushed for his own then wife, Gloria Grahame, to be cast, and she was hired. It’s good that she was -- her nuanced, sultry performance is so perfect that I can’t imagine any other actress matching it. Though the film was not a commercial success, it increased Grahame’s profile in Hollywood -- filmmakers now knew just how wonderful she could be. Two years later, in 1953, she won the Academy Award for Best Supporting Actress for her brief turn in The Bad and the Beautiful. Her career skyrocketed until Oklahoma! (1955), in which she played Ado Annie, then slid decidedly downhill. 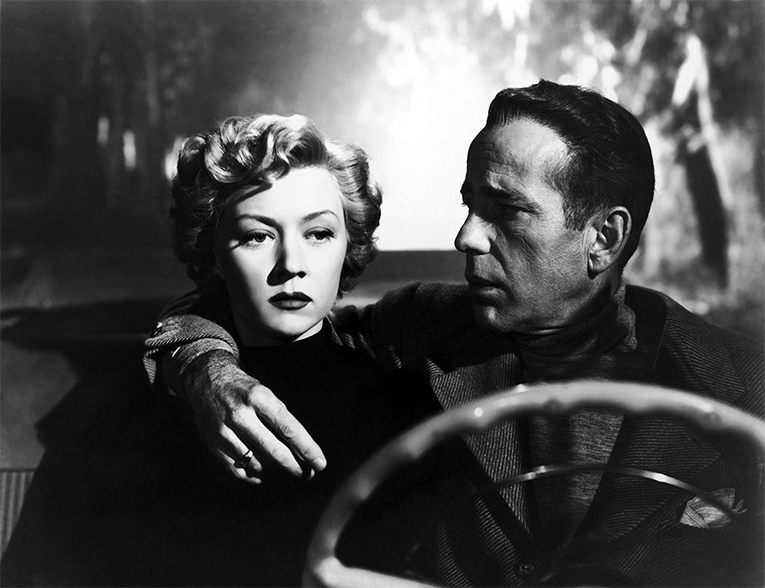 But in In a Lonely Place Grahame plays Laurel Gray, the love interest of Bogart’s Dixon Steele, an almost-washed-up Hollywood screenwriter. The year of the film’s release, 1950, seems to have been the year to skewer Hollywood -- it also saw the releases of Sunset Boulevard and All About Eve. As Bogart plays him, Dix Steele is a man on the edge, a nice guy with a mean streak, almost a Jekyll and Hyde. We see his tortured nature in one of the film’s first scenes -- he’s ready to leap from his car to assault a stranger in the car next to him. His flare-ups worsen, and he’s accused of committing a murder. Then he meets Laurel. She seems to settle him down, but soon he begins to fall apart again, and their perfect romance becomes a dreadful nightmare. Spoiler alert: In the book, Steele is guilty -- in fact, a serial killer.

The film was a perfect if uncomfortable fit for Ray, whose marriage to Grahame was breaking up, reportedly in part because she was caught in bed with Ray’s son by another marriage, Tony, only 13. (In 1960, when he was 23, Tony became Grahame’s fourth husband; despite all the scandal, it was her longest-lasting marriage.)

The Criterion Collection’s edition of this noir romance is right on the money. The visual detail is grand: In the costumes, in Bogart’s lined and tortured face, in Grahame’s spiffy hairdos, in the sets -- all is rendered in razor-sharp focus. The contrast is spot on, and there are no signs of major damage to the prints from which this transfer was made. The sound is what it is: very good for 1950.

Criterion’s extras are on the light side but reasonably interesting. A commentary by film historian Dana Polan sticks to the script and is only moderately interesting. There’s a documentary about Ray, titled I’m a Stranger Here Myself -- a line from his unusually intense Western, Johnny Guitar (1954), starring Sterling Hayden and Joan Crawford. There’s a new interview about Grahame, with one of her biographers, Vincent Curcio, and an interesting appreciation of the film by director Curtis Hanson (L.A. Confidential, Wonder Boys). Also included is a 1948 radio adaptation of Dorothy Hughes’s novel that aired on the program Suspense and starred Robert Montgomery and Lurene Tuttle. And there are the obligatory original trailer (unrestored) and a booklet essay by critic Imogen Sara Smith. 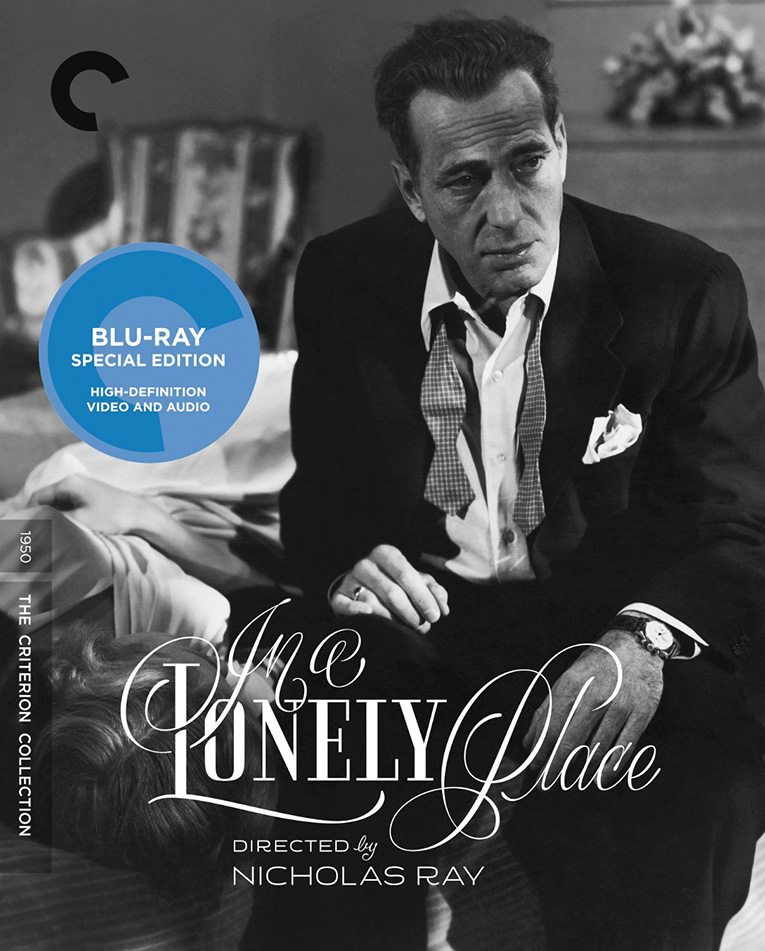 I think Criterion missed the boat by not giving us an extra about the writer of the film’s score, George Antheil (1900-1959), an avant-garde composer who was, for a while, a “bad boy” of contemporary classical music. In the 1920s he found a patron, Mary Louise Curtis Bok, who later founded the Curtis School of Music. At the time, Antheil’s interest lay in the creation of “mechanical” music. He learned how to make a piano sound like a xylophone, and at 21 he went to Paris, where he was first befriended, then snubbed by Igor Stravinsky. Antheil’s most famous mechanical composition is Ballet Mécanique, scored for 16 synchronized player pianos, percussion, a siren, and three airplane propellers.

When Antheil went to Hollywood in 1936, his composition style changed dramatically -- his score for In a Lonely Place is very romantic and tonal. During this period he continued to write non-film music, while finding time to write a mystery novel under the nom de plume Stacey Bishop, and to work as a film-music reporter and critic. But Antheil’s most famous nonmusical work was in partnership with the Austrian-American actress Hedy Lamarr (1914-2000). In 1941 they developed the idea of “frequency hopping,” a technique that could confuse the Nazis’ radio-controlled torpedoes and cause them to miss their targets. Their design remains one of the important elements in CDMA, Wi-Fi, and Bluetooth networks. Their technology was patented in 1942 but not used until 1962, during the blockade of Cuba. In 1997, Lamarr was belatedly given an award for her contributions. A more complete explanation of the process can be found in Richard Rhodes’s Hedy’s Folly: The Life and Breakthrough Inventions of Hedy Lamarr, the Most Beautiful Woman in the World (Vintage, 2011); or, briefly, on this Wikipedia page. Perhaps Criterion will explore Antheil the next time they restore a film scored by him.

The dark In a Lonely Place is one of the better films of the 1950s. It effectively skewers the underbelly of Hollywood, and provided Bogart with what many think is his finest role. Criterion has done right by the audio and video transfers, even if the extras seem light by the company’s own standards.

Be sure to watch for: Bogart’s tortured, often malevolent eyes are frequently recurring subjects for the camera of cinematographer Burnett Guffey. We see them in the rearview mirror at the very beginning. Later, as Dix gets a policeman friend, Det. Sgt. Brub Nicolai (Frank Lovejoy), to reenact a murder by putting his arm tightly around his wife’s neck, the lighting of Bogart’s face makes his deranged eyes stare out of what looks almost like a raccoon mask of darkness. The effect is chilling and unforgettable.