"Only Angels Have Wings"

Barranca and Bananas on an Excellent New Criterion Release

Howard Hawks (1896-1977) had a long and distinguished career in Hollywood, and those in the know rate him as one of Tinseltown’s greatest directors. The general public, not so much. Perhaps that’s because Hawks made films in so many different genres -- Bringing Up Baby (1938), Only Angels Have Wings (1939), His Girl Friday (1940), Sergeant York (1941, nominated for an Oscar), Ball of Fire (1941), To Have and Have Not (1944), The Big Sleep (1946), Red River (1948), The Thing from Another World (1951), Gentlemen Prefer Blondes (1953), Rio Bravo (1959), Rio Lobo (1970) -- even this partial list (Hawks directed 47 films) is quite diverse, and the films themselves lack any obvious signature of director as auteur. In going to see Hawks’s movies, audiences were more interested in the stars than the director. One thing these films have in common is that, regardless of genre, Hawks always elicited the very best performances from his actors -- another reason they were more memorable than himself.

Hawks made several films about airplanes, including The Dawn Patrol (1930) and Ceiling Zero (1936). He’d been a flight instructor in World War I, and retained his love of flying after the war -- it shows in the best of his films involving planes, the entertaining Only Angels Have Wings (1939). Cary Grant and Jean Arthur get top billing, but really, the stars are the planes, especially one Ford Trimotor. When the characters in this movie aren’t directly or indirectly involved with planes, many revert to stilted stereotypes. This is particularly true of Arthur, who at times seems oddly misplaced, without the required chemistry to make her romantic subplot with Grant believable. 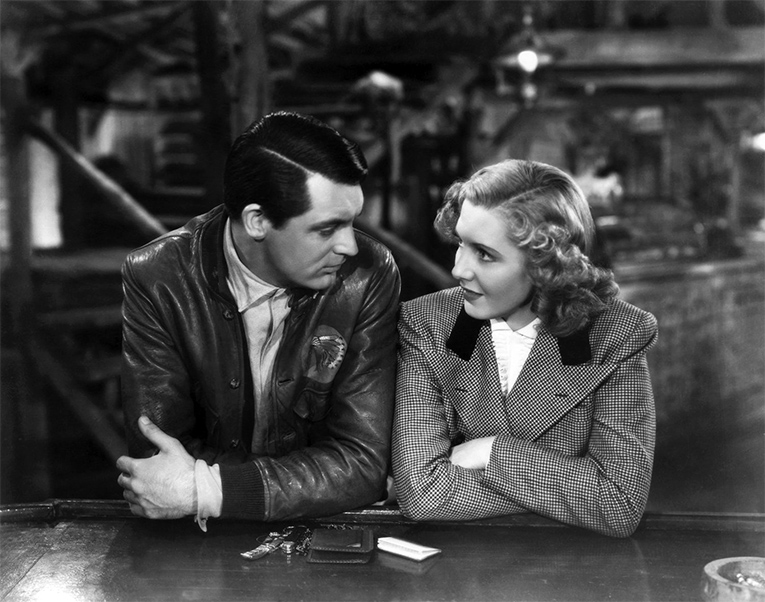 Arthur plays Bonnie Lee, an entertainer who plays a mean piano and somehow ends up in the fictitious town of Barranca, in South America, where the main export is bananas. Barranca is also home to an early airmail service run by Geoff Carter (Grant). On their mail flights, the planes must cross the treacherous Andes. Carter is like a father to his pilots, and makes his best efforts to ensure that they get home safely. Several even call him “papa.”

It’s not Grant or Arthur who does the best acting here, but the incredible cast of supporting players. Thomas Mitchell provides real heart as Kid Dabb (“The Kid”), an older pilot whose career is threatened by failing eyesight. Then there’s Bat MacPherson (Richard Barthelmess), a disgraced pilot given a second lease on life by Carter. Last but not least is Judy MacPherson (Rita Hayworth), MacPherson’s wife and Carter’s ex-girlfriend. Hayworth sparkles here -- she’d already appeared in nearly 30 movies, but it was this role that got her really noticed. 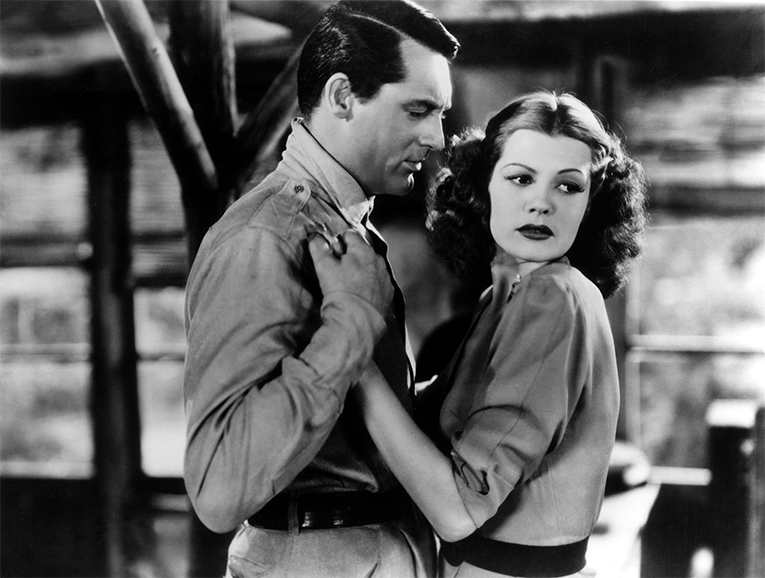 The special effects at times seem a bit dated -- the model planes were suspended on wires, and their crashes don’t convince. Nonetheless, the effects were then the state of the art, and must have really excited audiences in 1939. And the aerial sound effects still hold up to scrutiny.

Criterion has done a splendid job with this darkly shot film. There are lots of layered blacks and dark grays, and all are clear and well balanced. Detail is spot on, and there’s just the right amount of grain. The intricate streets of the Barranca set, seen at the beginning of the movie, yield copious detail and definition. The soundtrack has been scrubbed clean of noise and does well by the airplane sounds and the source music (i.e., music that itself is part of the fictional setting, such as the background music provided by a nightclub band that’s shown onscreen). Dimitri Tiomkin composed the score, but provided little beyond the credit-roll music and an end tag. Most of the soundtrack is dialogue, airplane sound effects, and source music. 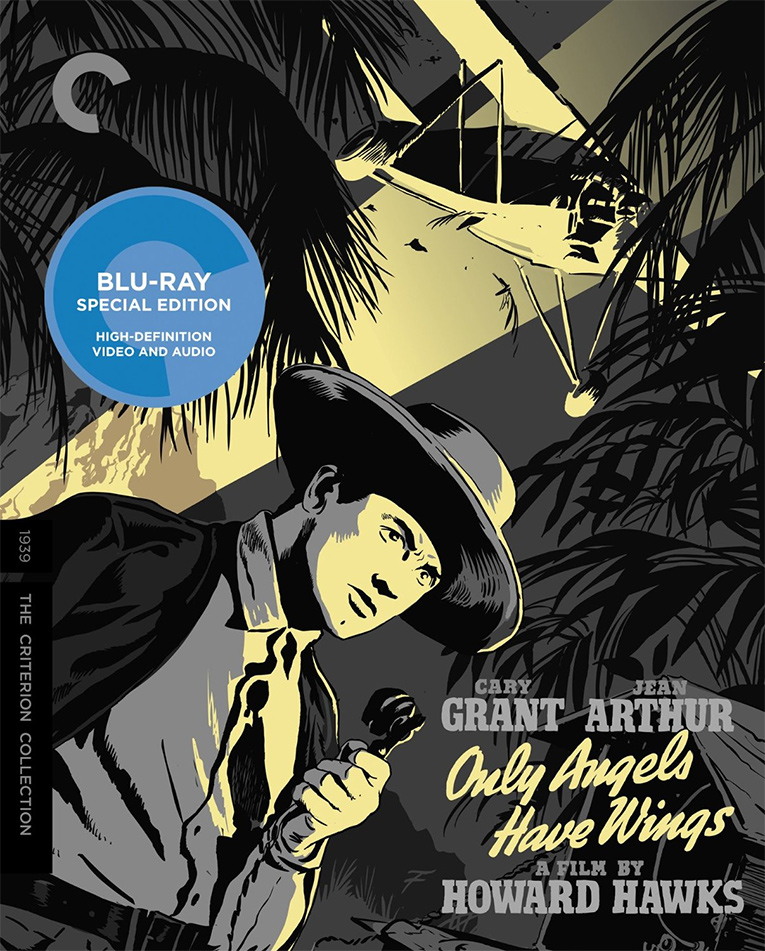 There’s no commentary track, but an entertaining and informative 20-minute interview with film critic David Thomson made me wish he’d been asked to do one. There’s also an interesting audio conversation from 1972 between Hawks and Peter Bogdanovich, as well as Howard Hawks and His Aviation Movies, a short piece by film scholars Craig Barron and Ben Burtt. Add a booklet essay by critic Michael Sragow and a Lux Radio Theatre audio adaptation of the film hosted by Cecil B. DeMille and starring almost the entire original cast, and that’s it for extras -- a nice group, but lean for a Criterion reissue.

All in all, this Blu-ray release is a very good presentation of a film some consider to be Hawks’s best (I’d pick one of the Westerns). The transfers are spot on, and the extras shed light on the production.

Be sure to watch for: The first plane crash, in which the plane’s wing is cut in half by a tall tree, is riveting and dramatic in its suddenness.