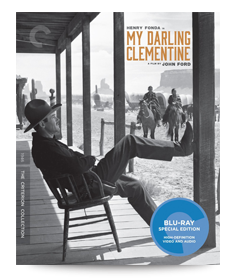 Wyatt Earp is one of the bigger legends in US western history. Who hasn't heard of the Gunfight at the O.K. Corral? He's been a character in movies many times over, and was most recently played by Kevin Costner (Wyatt Earp, 1994) and Kurt Russell (Tombstone, 1993). Twenty years on, it looks like we're due for yet another version. Hollywood keeps reinventing the same story. So did Earp.

Earp died in Los Angeles in 1929. He had been hanging out on movie sets, regaling anyone he could with stories of his exploits. Director John Ford was around then, so his 1946 My Darling Clementine should have been the most accurate account of Earp's days in Tombstone, Arizona. Instead, it's the one furthest from the truth, being based on a book by Stuart N. Lake that contained wholesale lies and exaggerations. It was really Earp's fault. When he told his tales, he'd reinvent himself into a hero who was only slightly rooted in reality.

So historians should be prepared to shut off what they know when watching this movie. Accept it as a good old-fashioned Western with an engaging plot, superb actors, impressive photography, and expert pacing, and you'll see a magnificent film. Henry Fonda stars as Earp, and his interpretation is interesting. His Marshall is something of a dandy, and he's surely vain, stopping to look at himself in mirrors and window glass, and adjusting his hat constantly. He's also a man of opportunity. He takes the Marshall's job in Tombstone so he can get back at his younger brother's killer and get revenge on the killer's family, who stole his cattle herd. When the business is done, he hits the road. 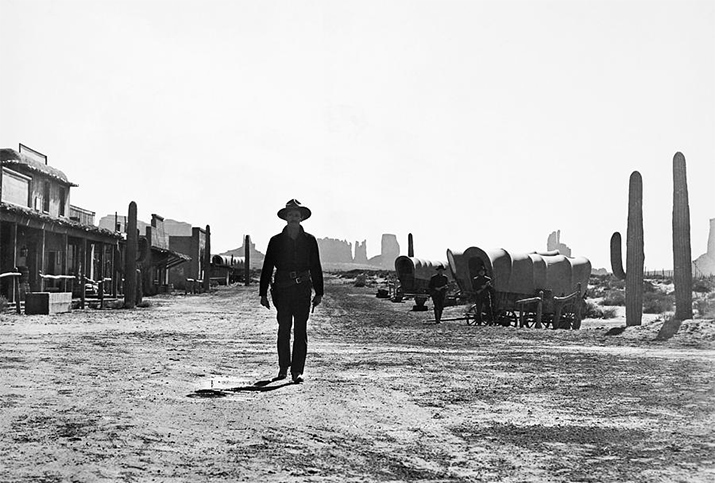 It's a simple plot, but as usual, Ford loads it with atmosphere and we get little side stories that are rich in Western color -- a dance at the dedication of a church steeple; the traveling, alcoholic actor who quotes Hamlet in a bar; and Clementine (Cathy Downs), a visiting lady who is totally made up yet seems totally believable. Adding more human color are Victor Mature as Doc Holliday, Linda Darnell as Chihuahua, and Walter Brennan as Old Man Clanton, Earp's arch enemy.

The black-and-white transfer that Criterion has provided is simply wonderful. Ford loved to shoot in Monument Valley, and its mesas are boldly delineated in scene after scene. All the details of western clothing are crisp, and the grizzled beards of the men have great texture. Over all is a feeling of dust, there being no paved streets. The audio transfer is good for both dialog and music; it really seems outstanding at times, considering the age of the original optical track.

The extras are plentiful. For example, there's the complete 103-minute prerelease version of the movie, along with an extra that gives all the details on the differences between it and the theatrical release. There's an entertaining commentary track from John Ford biographer Joseph McBride, in which he tells a lot about the real Earp. For more about the latter there's an interview with Western historian Andrew C. Isenberg. There are a couple of NBC visits to Tombstone in the '60s and '70s, and many other extras.

If taken as a history lesson, My Darling Clementine is a failure. But if you ignore the history and enjoy it as an entertaining film set in the Old West, the movie is a huge success, and Criterion has presented it in a definitive home-video version.

Be sure to watch for: Chapter 5 finds three horsemen (Wyatt and two of his brothers) arriving in a rainstorm to find their cattle rustled and their youngest brother shot dead. Night scenes are hard to portray without losing detail, especially with rain factored in. But Ford does it, producing some exceptionally memorable images.