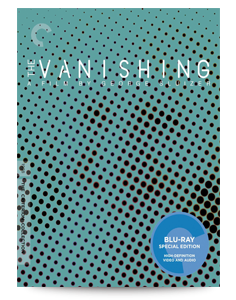 Modern audiences have come to equate suspense and horror movies with blood. But when you think about it, the great ones have little of that. Thus it is with the original European version of The Vanishing. The movie builds incredible suspense and brings you to the edge of your seat, but without guns or blood.

A young Dutch couple, Rex Hofman (Gene Bervoets) and Saskia Wagter (Johanna ter Steege), are on vacation in France when they run out of gasoline. Rex leaves Saskia alone to trek for petrol and they argue about it. All made up and kissing and cooing again, they are at a large service-station plaza when Saskia goes to fetch drinks for them. She never returns.

Rex spends three years obsessively searching for his missing girlfriend, and he starts to connect the dots so well that her abductor, Raymond Lemorne (Bernard-Pierre Donnadieu), notices him. Raymond connects with Rex, outing himself as Saskia's abductor. Further, he says that if Rex follows directions, he will learn exactly how Saskia disappeared and what happened to her. Rex is so myopically focused on learning the truth that he goes along with Raymond, and they play cat and mouse for the rest of the film while we see, in clever flashbacks, what happened. 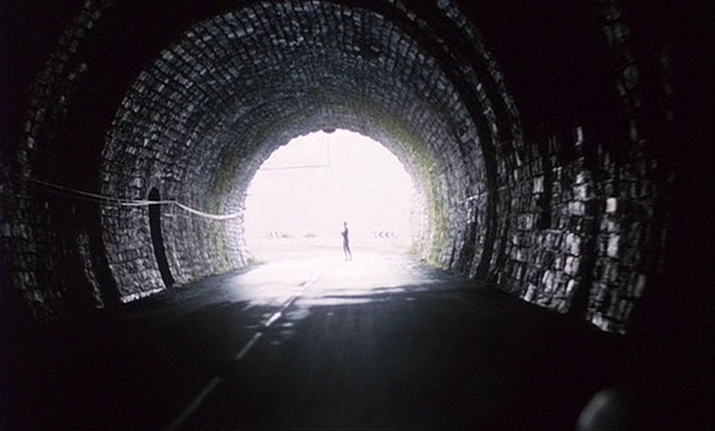 Director George Sluizer has not made many successful films in the 26 years since The Vanishing, but this is such a good film that he'll be remembered for it alone. He tried a Hollywood remake in 1993, but it was a disaster, perhaps only interesting for being one of Sandra Bullock's early roles.

Criterion has made it possible for viewers to see the best representation of the film. The video transfer has bright and chipper colors by day, and sinister and dark ones by night (but with excellent shadow detail). The audio track does well by the dialogue and the minimalist music of Henny Vrienten (identified in Criterion's booklet for The Vanishing as Henry Vrienten). There are not many extras, though there are short video interviews with Sluizer and ter Steege, and a printed article by Variety's film critic, Scott Foundas.

It's not really a Halloween movie, but The Vanishing is coming at that time when audiences seem to relish terror. You'll get plenty of that if you follow the disappearance of Saskia, along with Rex and Raymond. Don't forget to drink the drugged coffee.

Be sure to watch for: Chapter 8, "Preparation," finds Raymond rehearsing his moves for the kidnapping. It's humorous in a macabre way, and Donnadieu acts it brilliantly.