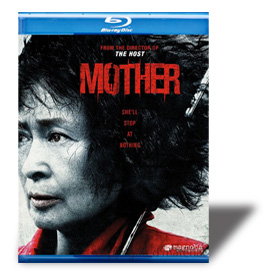 To What Lengths Will a Mother Go to Protect Her Son?

Korean director Joon-ho Bong previously made the highly regarded horror film The Host in 2006. His newest film, Mother, cleverly reveals an in-depth study of mother-and-son relationships inside a mystery-suspense tale.

When mentally challenged Bin Won (Yoon Do-joon) is arrested for the brutal murder of a young girl, his mother (Hye-ja Kim) doesn’t believe he’s capable of such a crime, and she starts her own investigation into the case. As the movie progresses, the audience is given lots of red herrings about the murder mystery, as well as some unsettling insights into the relationship between mother and son. The film is slow and thorough but never plods, and Hye-ja Kim’s performance is a marvel -- grim and determined, his single-minded purpose slowly spills over into obsession. Kim delivers an electrifying, in-depth, and Oscar-worthy performance.

The dialogue is entirely Korean, but there are English and Spanish subtitles for the main film and the extra features. The Blu-ray picture has rich color, great contrast, and fine detail. Skin tones seem particularly realistic, and blacks are truly black. Much of the movie takes place in the rain, which darkens the picture without obscuring the images. There are over two hours of extras, including a one-and-a-half-hour production featurette, plus short features on specific aspects of the filming, including music, cinematography, and design.

Be sure to watch for: During the opening credits, Hye-ja Kim is standing in what appears to be a wheat field. Looking straight at the camera with grim determination, she beings to dance and sway to soundtrack music that sounds curiously Brazilian. It’s one of those signature scenes you won’t easily forget.