Are Headphones for Serious Listening? 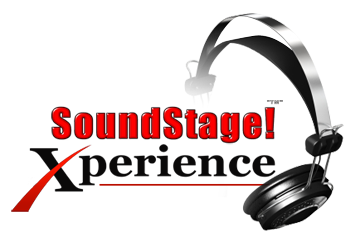 There probably aren’t quite as many reasons why people choose to listen to music through headphones as there are people who do so, but there are a great many. Some don’t wish to disturb others with their music -- or are fearful of the repercussions that may result if they do. Since the introduction of the Sony Walkman, headphones have been the primary means of listening to your music when you’re out and about, thankfully replacing the boom box carried on the shoulder. The Apple iPod and other products like it, in combination with the storage and distribution of music transitioning to computer files, has made music on the go ubiquitous. There is also a group of consumers who genuinely prefer listening to their music through headphones, even when high-quality speakers are at hand.

I grew up in a house with a moderately sized stereo of mass-market quality and a few tabletop radios. There was often music playing, both at home and in the car, but sitting down and paying attention to it was rare. For that, we went to concerts. I had a mini system in my college dorm room, which was fine for background music while studying, or for listening more attentively to pop, rock, and jazz. It didn’t really serve for classical. I wasn’t a music student, but I took very seriously my playing of trombone in the college orchestra, and I wanted to understand how my part fit into the overall fabric of whatever pieces we were playing. In the music library, I could hear recordings of whatever I wanted through headphones, and I discovered on those recordings a wealth of musical information of which I’d previously been unaware. Needless to say, I bought a decent pair of headphones and used them to listen to all genres of music. It would be many more years -- and many thousands of dollars -- before I found a speaker-based system that could deliver half the musical information I could hear through a pair of good headphones.

That’s not to say that listening through speakers lacks its own appeal. It’s obviously more conducive to a communal experience. Large speakers can deliver the visceral kick or punch that is part of live music, but that you can’t get from any headphones. There is also the whole soundstaging thing -- the ability of a pair of speakers to bring the musicians into your listening room, or open a window on the recording venue. As I had the space and money, I migrated more toward speaker listening. When looking for apartments or houses, a proper listening room was high on my list of priorities. I never abandoned headphone listening completely; I just did less of it.

A few years ago, my life underwent some significant changes that kept me away from my listening room for nearly a year. I sold that house, and the one into which I moved had a room that was suboptimal. For a number of months, I didn’t even bother trying to set up speakers -- but during that time I didn’t give up on music. Concerts are great, but I have thousands of recordings that I like to hear, and new ones keep getting released. So I became, once again, a dedicated headphone listener.

I had a number of pairs of good-quality headphones, and had reviewed a few headphone amplifiers for the SoundStage! Network over the years, so transitioning to reviewing headphones made perfect sense. Now that I’ve got my listening room adequately treated, I also have a topnotch speaker setup, but I use headphones for more than half of my listening. I still appreciate all the things that only speakers can do, but I’ve become accustomed to the greater detail and more immersive listening experience of headphones. Loudspeakers can bring the performance to you; a pair of good headphones can transport you to the performance.

The high-end-audio press’s track record in covering headphones is mixed. Most of the major publications only dabble in it, which has also described the SoundStage! Network’s past headphone coverage. One of the reasons for this is that few audio reviewers seem genuinely interested in headphones. Another is that the top offerings from the major brands haven’t rolled over very quickly; there just weren’t that many new products out there. Perhaps most important, we haven’t known how interested readers might be in an expanded coverage of headphones and headphone amplifiers. But as a publication, we need to stay on top of trends in our industry, and right now, all things headphone are huge. We also need to avoid being distracted by fads or products that look as if they’re of interest to our reader base but actually aren’t.

Information and misinformation about headphones can be found at many places online. The Head-Fi forum is a great resource for both. Many computer and consumer-electronics websites publish headphone reviews, but these are usually a little lacking in discernment when it comes to sound quality. There are many other places where you can read opinions, but detailed reviews are few and far between.

Currently, we focus on midpriced and high-end headphone models whose designers, we hope, have prioritized sound quality over bling. We also look at headphone amplifiers from established companies. It’s not that we don’t believe that garage tinkerers can’t come up with astounding products, but our experience has shown us that there might be significant variations in sound quality from sample to sample from such companies, which makes a review of little value.

Good-quality headphones can cost anywhere from a couple hundred dollars to thousands, and deserve to be treated as seriously as any other audio component. Look for reviews that try to describe the sound in an objective way, with references to other, similar products, and that give some guidance as to value. If you thought there was great variety in the sounds that various designers try to achieve with their loudspeakers, that’s nothing compared to the variety of sonic flavors you’ll hear from headphones. Researchers and manufacturers don’t even agree on how the frequency response of a pair of headphones should measure.

I’ll be evaluating headphones by the same standards I use in all of my reviews: How does a given pair of headphones compare to flat-measuring loudspeakers? To live music? If you prefer a different contour to your headphone sound, my “flat is accurate” approach should still help steer you toward something you’ll like -- e.g., if I say it has too much bass, you might say, “Right on!”