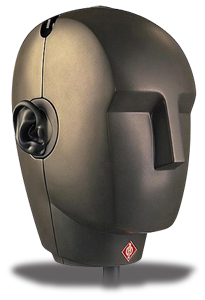 As part of SoundStage! Xperience’s expanding coverage of headphones and earphones, we’d like to draw readers’ attention to some recent binaural releases.

Binaural recordings are intended to be played back through headphones. They’re usually made by positioning two microphones the same distance apart as the distance between the average listener’s ears, with a baffle between them. Some are made with more sophisticated setups that include a detailed facsimile of a human head, with a microphone inserted in each of the head’s ear canals -- a device usually called a kunstkopf or dummy head. There are many resources on the Web that give detailed information about the history and methods of binaural recording, so I won’t go into them here.

Properly done, a binaural recording can produce an even more immersive listening experience than the best surround-sound loudspeaker array. Even when the recordings are compressed to MP3 files and played through inferior equipment, much of the sense of space remains. With the number of people now listening through headphones -- both at their computers and with portable players -- I’ve been awaiting a resurgence in binaural recordings. I’m still waiting.

There are two reasons why more artists and recording engineers haven’t embraced binaural techniques. First, a convincing binaural recording requires musicians to be playing together in a real space, which is not how most modern recordings are made. Second, binaural recordings can sound odd when played through loudspeakers. The solution to the second problem is to make two versions of the recording available: one intended for headphone playback, the other for use with speakers. 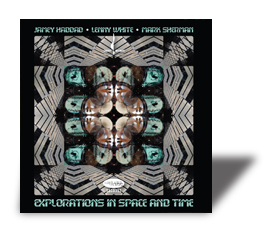 Chesky Records has taken this approach with their first binaural recording, Explorations in Space and Time, available for download from HDtracks at resolutions of 44.1, 88.2, or 176.4kHz, and on SACD. Each download includes two recordings of the same performance: one made with the traditional Blumlein pair of microphones, the other with a Neumann KU-100 dummy head. The album is a collection of improvised percussion pieces by Lenny White, Mark Sherman, and Jamey Haddad. What saves it from being relegated to the genre of "interesting demo material" is that each of these three drummers is a highly talented musician with the résumé to prove it; together, they make each track go somewhere rather than present a mere experiment in sound.

And it is great demo material. There’s a variety of instruments, including drum set, timpani, bells, and assorted other percussion toys, and the recordings are made in typical audiophile manner, with no compression or other effects; you get the natural sound of each instrument, and the ways in which they interact with each other and the recording venue.

Listened to through headphones, the binaural version re-creates the positions of instruments as you would have heard them had you been present at the recording. In particular, "Long Distance" delivers a sense of the vast space in which the recording was made. As the track’s title suggests, the dummy head was placed farther away from the instruments than for the other tracks. Listening through very good headphones reveals that the conventional soundfield recordings have a little bit better definition, especially in the high frequencies, than do the binaural ones. Of course, the soundfield recordings don’t produce the same spatial effect. The sample snippets of each track that HDtracks makes available give you a taste of what to expect in terms of both the music side and the recording techniques. 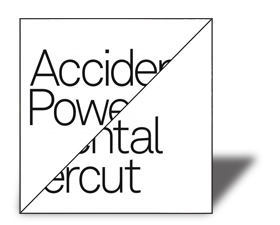 To celebrate the launch of their P5 headphones, Bowers & Wilkins commissioned a series of binaural recordings, called Accidental Powercut, that are available to registered purchasers of the P5s and to those who sign up for their Society of Sound music-download club. These are live recordings of performances held in a church. The three sessions currently available for download cover a variety of musical styles. The first is rather like attending an open-mike night. There is poetry with a definite beat and rhythm behind it, some vocals with guitar, and a quartet of flute, cello, bass, and drums that defies my powers of categorization. Also like an open-mike night, the quality of the performances varies from quite good to a guy shouting off-key as he beats his guitar into submission. The second session consists of more guitar and vocals, and two groups that I’d shoehorn into the genre of acoustic rap. The third session begins with acoustic pop, but goes further afield with a vibraphone act, and concludes with an Indian ensemble that focuses on some pretty impressive tabla playing.

While the average level of musicianship seems higher in the latter two recordings, the real star of all three is the binaural recording method. Heard through headphones of even average quality, these recordings put me pretty convincingly in the front row of the event, the performers spread out widely before me and the rest of the audience to the sides and back. The audiophile qualities of frequency extension and clarity were also rather impressive, considering that the resolution is limited to 16-bit/44.1kHz.

When you sign up for a trial membership with Society of Sound, you can currently download one track from each of four recordings, one of which is the third Accidental Powercut event. A one-year membership costs $60 and guarantees at least two new recordings each month, as well as access to the entire back catalog. In terms of cost per album, that’s an astounding value -- provided you’re interested in the music offered.

The very first use of the binaural method was in 1881, to carry the sound of performances at the Paris Opera to wealthy subscribers who listened over two telephone lines. New classical binaural recordings are rather scarce, however. In 2007, the Milwaukee Symphony Orchestra purchased a Neumann KU-100 dummy head and announced plans to binaurally record their concerts for distribution via download. As far as I can tell, they made only two such recordings available before abandoning the project. (An e-mail to the orchestra elicited no response.) The sound is merely OK -- these are MP3s, after all -- but the positions of instruments on the stage are clear. The perspective is closer to that of the conductor than that of the mid-hall seats that generally command the highest ticket prices. At only $5.99 each, the MSO recordings are certainly worth checking out by the binaural enthusiast.

I don’t think that these few releases represent the renaissance of binaural recording I’ve long been waiting for, but if they’re successful in the marketplace, then more will be made. Chesky Records has explicitly stated that the proceeds from Explorations in Space and Time will be used to finance future binaural productions. Most pop-music producers and recording engineers recognize that a large percentage of their audience now listens through headphones (even if what they’re listening to aren’t binaural recordings), and they take that into account when mixing the music. While these recordings are seldom of audiophile quality, some sound quite good, and can produce some interesting effects through headphones that you don’t hear through speakers.

Here’s hoping that, the next time I write about binaural recordings, I have to pick and choose rather than scrounge around.