After spending a couple of quality months with Eclipse’s TD510ZMK2 speakers ($5990 USD per pair), I couldn’t help thinking how great they might work as desktop speakers. After all, they sounded best when aimed directly at my ears, to avoid the dreaded single-driver beaming, and few activities make it easer to maintain that type of position better than staring at a computer monitor. But there was one big problem. Despite their svelte, sexy looks, the TD510ZMK2s were just too big for a domestic desk.

So I contacted Eclipse’s North American distributor, the redoubtable Philip O’Hanlon’s On a Higher Note, to see if he had something that might work as a desktop speaker. In his roguish Irish voice, O’Hanlon told me that he suspected that the TD508MK3 ($1490/pair), with its smaller size and short integral stand, might be just the ticket. He recommended adding 50-100Wpc of power and a subwoofer (about which more later). Because I strongly prefer powered speakers, I’ve never needed an amplifier for them. O’Hanlon kindly offered to loan me his own Luxman M-200 stereo power amp. 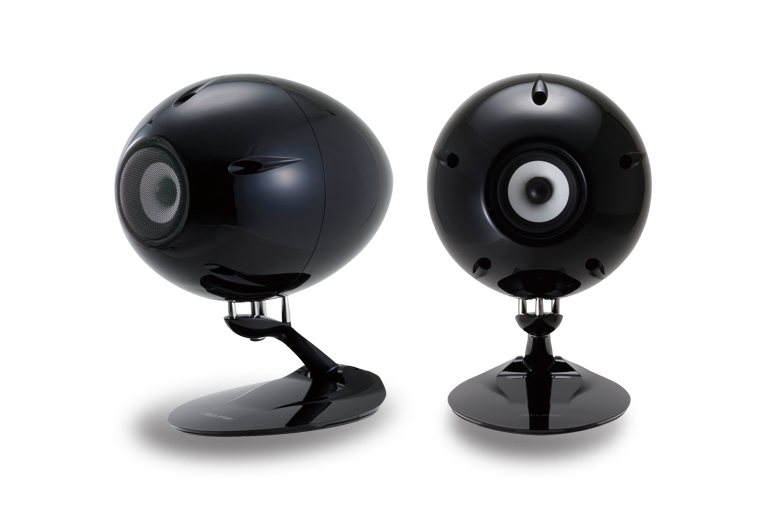 Eclipse is a Japanese company that believes that a few design strategies are inviolate. All Eclipse speakers are single-driver affairs because their engineers feel that multiple drivers cause problems in the time alignment of their outputs. They also believe that the edge-diffraction effects inherent in speakers with boxy, rectilinear cabinets are far more bothersome than their users would have you believe -- hence Eclipse’s egg-shaped enclosures. They must be doing something right -- the single most remarkable feature of Eclipse speakers is that they completely “disappear” from the listening room, leaving only the music.

But small speakers have a few problems that not even Eclipse’s designers can get around. First, they can’t play at ear-splitting levels. Second, there’s a direct relationship between a speaker’s size and its ability to reproduce the wavelengths of low-bass frequencies. So forget feeling those 32’ pipes in Saint-Saëns’s “Organ” Symphony.

For the third problem, I quote the excellent primer in speaker design from the Department of Physics and Astronomy of Georgia State University, which provides a great operational definition of beaming: “Small loudspeakers will spread the bass frequencies considerably more than the high frequencies. This difference between the equal-loudness patterns of highs and lows becomes more and more pronounced as you produce smaller and smaller speakers. So you might conceivably get equivalent sound directly on-axis with the speaker, but as you move away from the axis, the high frequencies will drop off more rapidly than the lows.” 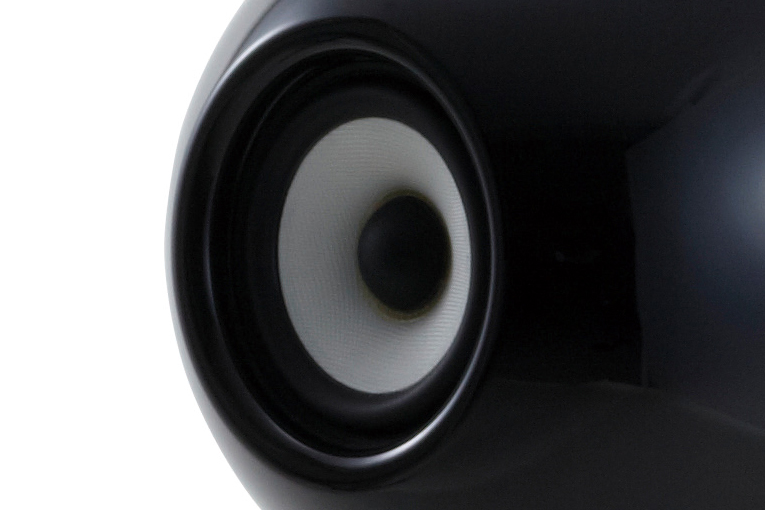 The Eclipse engineers have responded to these problems by basically ignoring them. So what if their speakers can’t play loud and low, with equal dispersion everywhere? The TD508MK3 was designed to put you in the room with the musicians. If that’s No.1 on your list of desirable speaker attributes, very few speakers come even close to what the Eclipses accomplish. In terms of volume, only a few times in two months did I wish for a little more. Bass? Well, I love subwoofers, so that’s no problem for me (but again, see below). And as for beaming, which some call the head-in-a-vise problem, your head is pretty much frozen in place when you’re staring at a computer anyway.

I’m being unfair -- the Eclipse engineers haven’t really ignored these problems. Instead, a lot of technology has gone into minimizing them to the point where they can be ignored. The TD508MK3’s cabinet is inert, the speaker floats in the enclosure, and its single, 3.1”, “full-range” driver of fiberglass is ultralight and ultrastiff. What’s amazing is the familial resemblance in sound across Eclipse’s entire TD line. My guess is that the speakers’ singular ability to produce a huge soundstage from essentially “invisible” speakers swamps any other potential differences that might have resulted from using different drivers and cabinets.

My brother’s wife loves music -- between rock, jazz, theater, opera, and orchestras, she hears 50 to 75 concerts per year. So when she was able to extract herself from her beloved NYC condo long enough to visit us on the Other Coast, I was curious to see if she’d notice the Eclipse TD508MK3s’ amazing soundstaging abilities. I started her off with John Martyn’s second studio recording of “Solid Air,” from his No Little Boy (CD, Mesa R2 79057). Within 15 seconds, she asked, “Those speakers are making all that sound?” By 30 seconds, when the shimmering strings appeared at the rear of the soundstage, beyond the front wall, she gave me a stunned look. “I can’t believe the sound. It’s like the whole wall is a speaker, only it goes even deeper.”

Couldn’t have said it better myself. I doubt the concept of deep soundstage had ever crossed her mind -- she’s usually too busy enjoying the music. But the effect wasn’t subtle, and she heard it. 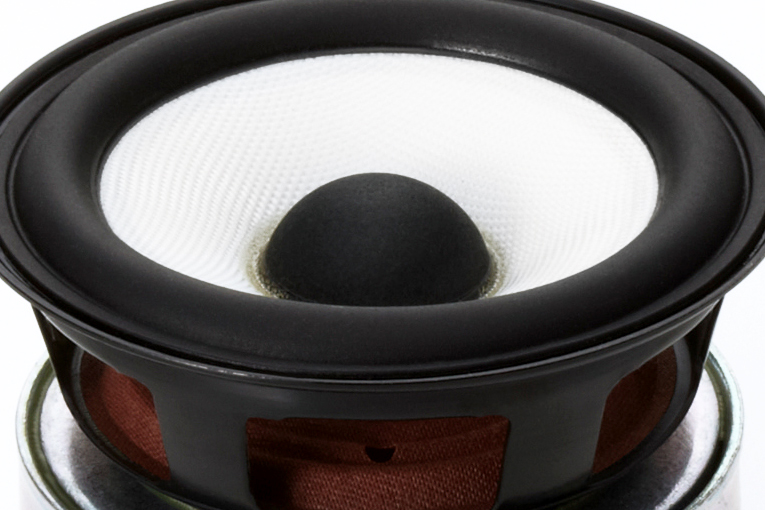 One of the beauties of getting an immersive, cohesive soundstage that stretches from wall to wall is that old albums can come alive in ways you’d never dreamed they could. All the tricky inner voicings in Fleetwood Mac’s Rumours: Deluxe Edition (four CDs, one LP, one DVD, Warner Bros. R2-533806) rang out clear and clean. Lindsey Buckingham’s acoustic guitars in the right and left channels of “Second Hand News” had a rhythmic texture that played against John McVie’s simple bass slams and Mick Fleetwood’s tom-tom heavy drums. When Fleetwood bangs on his ride cymbals, it sounded like a lightning storm. And how the hell can a pair of 3.1” speakers have so much impact? I could actually feel in my chest the bass-and-drum rhythm of Stevie Nicks’s “Dreams.” And when “Go Your Own Way” came round, Fleetwood’s maniacal drumming provided the perfect backdrop as Buckingham spewed venom.

Maurizio Pollini recorded Schubert’s “Wanderer” Fantasy, D.760, in 1973 (CD, Deutsche Grammophon 447 451). The recording isn’t perfect -- DG has always been a magnificent label for artists and repertoire, but it has seldom provided realistic sound. Is the performance perfect? As close as is humanly possible -- this is one instance in which artist and composer combined to sweep the table of all competition. Through the Eclipses, the image of Pollini’s piano is rock solid, and his exceptional control over the instrument was made abundantly clear when I paid close attention to the exquisite reverberation trails. I’ve listened to this recording for many years, but somehow, these intricate nuances had escaped my attention. No more.

Newer and better recordings sounded newer and better. Clychau Dibon (16-bit/44.1kHz FLAC, Astar Artes/Mwldan), a stunning duet album by harpist Catrin Finch and kora master Seckou Keita, is an ideal way to discover the subtleties and delicacies of the Eclipse TD508MK3. Like any stringed instrument played with the fingertips, the kora and harp produce delicate clicking sounds, yet each instrument’s ringing notes sound completely different from the other’s. The magic moments on Clychau Dibon occur when Keita plays rhythmic obbligato to Finch’s theme statements, as happens to gorgeous effect in “Future Strings” and “Ceffylau.” 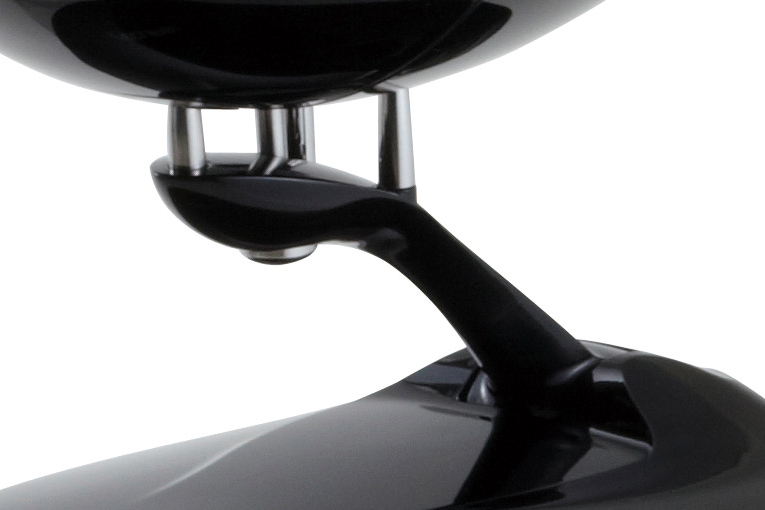 The “Dona nobis pacem” of J.S. Bach’s immortal Mass in B Minor, in the performance by John Butt and the Dunedin Consort, is flawlessly recorded (24/192 FLAC, Linn). Through the Eclipse TD508MK3s it sounded as if my room’s front wall had opened up into the recording venue. Amazing things can happen with single-driver speakers, especially when they’re this small. The Eclipse’s dainty overall dimensions of 11.3”H x 7”W x 10.5”D and its minuscule weight of 7.7 pounds permitted lightning-fast transient response, and image stability reminiscent of electrostatic speakers’. The surreal magic was in the weight of the Eclipses’ sound, especially when reproducing bass voices.

Alas, all was not perfect, and even the Eclipse wizards can’t repeal the laws of physics. Although I was amazed at how loudly these little marvels could play, ultimately they could produce only so much sound. Using the Roon software to search out a torture test, I came across a performance I hadn’t heard in quite a while: The Battle on Ice, from Claudio Abbado and the London Symphony’s recording of Prokofiev’s Alexander Nevsky (16/44.1 FLAC, Deutsche Grammophon). From 3:50 to 4:20 and from 5:10 to 6:10, at quite loud volumes, the TD508MK3s finally just gave out. The good news was that the changeover from delightful sound to overdriven muddle happened quickly and clearly -- I didn’t have to wonder if something had gone wrong. 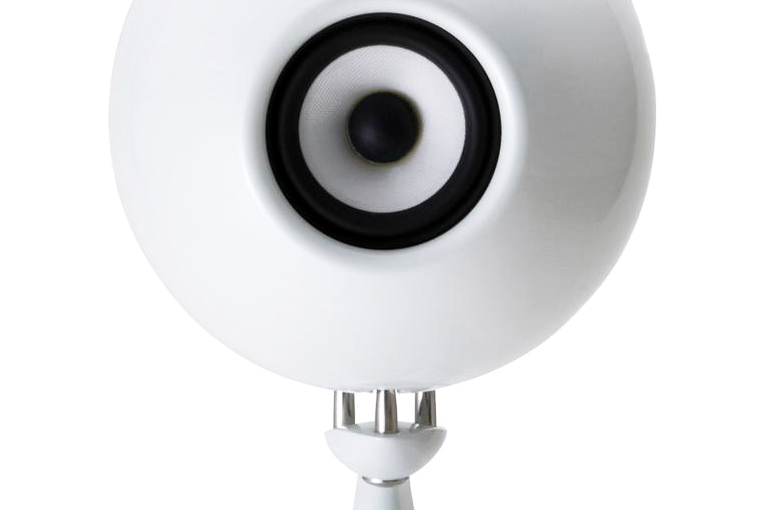 Allow me to offer an alternative. Anthony Gallo Acoustics’ TR-3D subwoofer ($984.50) is priced appropriately, fits under a desk, looks good, and sounds great. In fact, Gallo’s Reference Strada 2 speakers ($1998/pair) do almost as good a vanishing act as the Eclipses. I know of only one other speaker that can do a similarly good job of “disappearing”: the Ensemble Reference, sadly no longer made, though it occasionally shows up on the used market. However, the Reference absolutely must be used with a high-pass filter, either external or built into a subwoofer.

Will I chuck my beloved Focal Solo6 Be minimonitors ($3990/pair) in favor of Eclipse’s TD508MK3s? No. At more than twice the price of the Eclipses, the Focals should sound better -- and they do. While the Eclipses eclipse (I’ve been dying to do that for this entire review) the Focals at “disappearing” into the soundstage, the Focals go louder and lower, provide even wider soundstages, and are powered -- my preferred means of speaker amplification.

Still, would I be happy with the Eclipse TD508MK3s as the main speakers of my nearfield system? Absolutely yes. Try a pair. I think you’ll be happy too.