December 12 of this year will mark the 100th anniversary of the birth of Francis Albert Sinatra, one of the 20th century’s most outstanding artists. During his life he was a multiple threat who rode the crests of amazing waves of popularity -- as a live entertainer, a recording artist of popular music, and a film actor, producer, and even director. Sinatra’s presence in the culture was ubiquitous -- it would probably be impossible to find anyone in North America who didn’t know of the man and his work. 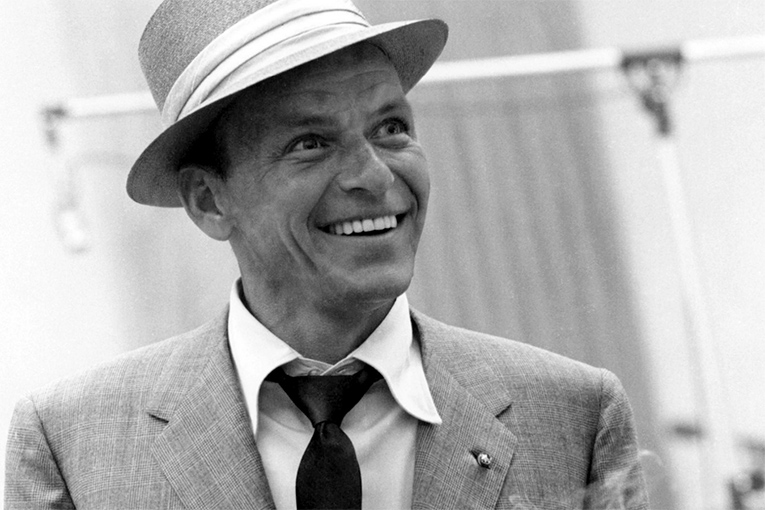 In the years since his death, in 1998, at the age of 82, Sinatra has suffered the same fate as most other hugely popular stars -- think John Wayne, Cary Grant, Elvis Presley . . . As time goes by, the public’s image of these megastars flattens from three dimensions to two, until they are mere parodies or caricatures of themselves. Contemporary social shorthand depicts Sinatra as the Mad Men-styled, Mob-involved, reactionary crooner. He was much more than that.

Beginning in 1939, when he was 24, Sinatra transformed himself from a teenybopper heartthrob into a sensitive, mature vocal artist, and in the process won critical acclaim. In the beginning, he drew thousands of screaming girls at every public appearance. By 1944, Sinatra had appeared on every form of media, from records to live shows to movies, radio, and print. All of this caused columnist Walter Winchell to claim that Sinatra was the highest-paid entertainer in the world. By the end of his career, in the early 1990s, when he was in his mid-70s, he was still filling huge auditoriums with tens of thousands of fans who loved the art of what Sinatra called “saloon singing.” When he was 78, he re-recorded, with other popular singers -- e.g., Bono, Barbra Streisand, Luther Vandross, Aretha Franklin -- several of his best tunes. The result, Duets, became his biggest-selling album of all time. Since Sinatra’s death, countless companies have repackaged his work into compilations that have landed in the top 20 ranks of Billboard’s pop and jazz charts. The public still loves Frankie. 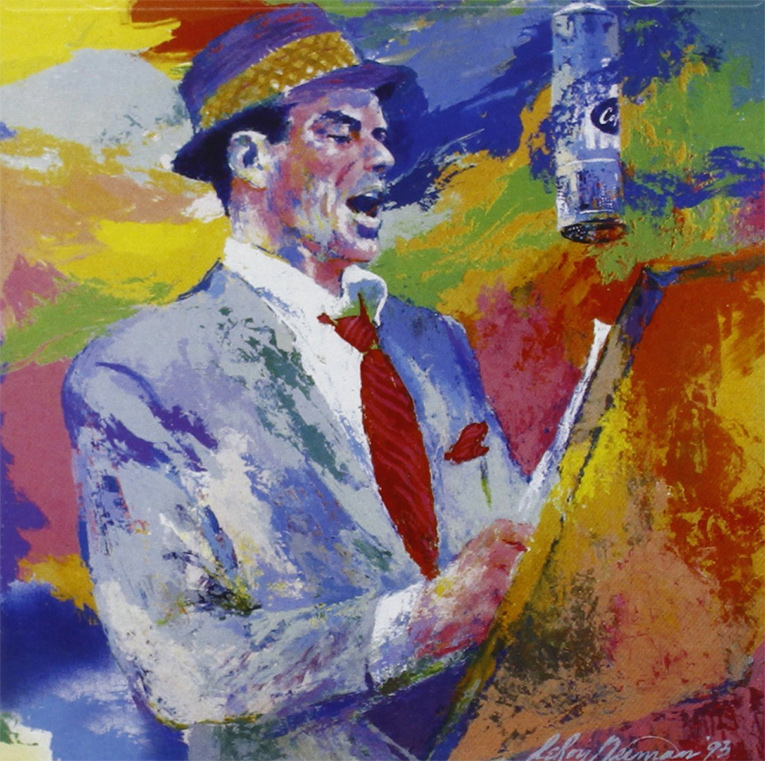 During the era in which he reigned as the top pop singer in the world, Sinatra also made as many as three films a year. From 1956 to 1967, he appeared almost every year in the Quigley poll of theater owners’ rankings of the world’s most popular movie stars. While only a few of his films had enough complexity and beauty to make it into college textbooks for film students, Sinatra had a knack for making appealing films that ranged from lighthearted comedies to stinging social commentary. His forceful personality pushed him to try to take over whatever project he was involved with, and usually he had enough power and influence to get what he wanted: the best arrangers, musicians, composers, engineers, and artists that money and/or friendship could buy.

One of Sinatra’s less-known traits was that he was a stickler for high-fidelity recording, and subtle arrangements that would sound good onstage as well as through the home hi-fis and stereo systems that had recently become popular. He wasn’t interested in the popular technique of locking a singer in a soundproofed isolation booth. Engineers like the booths because, when a singer hits a sour note, they can have him or her rerecord only that brief passage of the song, without having to re-record -- or even re-convene -- the entire orchestra, at considerable cost. Sinatra felt that being locked up in a booth made him lose the feeling, so he insisted on having himself and all of the other musicians recorded together live in the same room, so they could all hear each other. No iso booths. 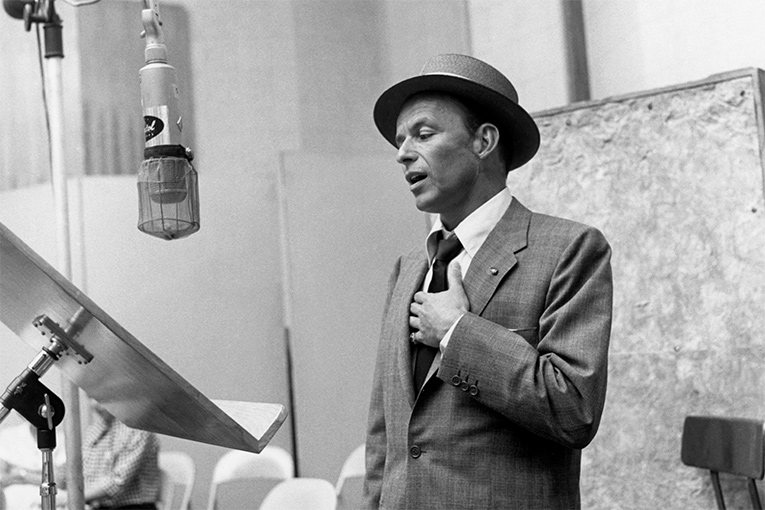 This meant that the studio microphones were catching room sounds as well as the direct sounds of the voice and instruments. This provides a much more lucid soundstage, and helps ensure clarity in the all-important rhythm section. Sinatra also insisted on using the Neumann U47 microphone, an amazing feat of engineering that’s still considered one of the finest vocal mikes ever made. All of this makes Sinatra’s recordings vitally important to audiophiles. 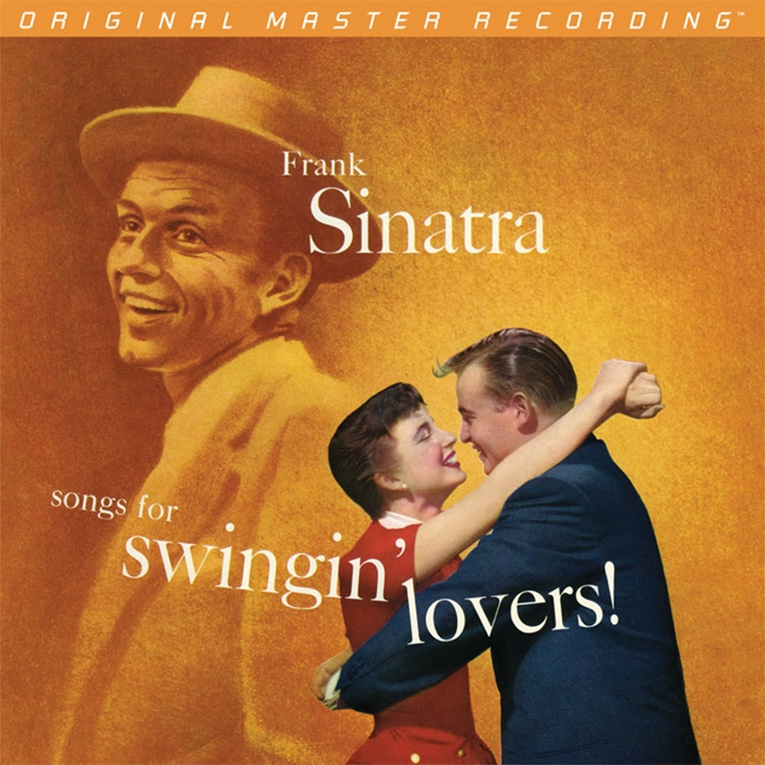 If, like me, you’re fanatical about accurately reproduced soundstages, give a listen to Sinatra’s 1956 recording of “I’ve Got You Under My Skin,” from Songs for Swingin’ Lovers! (SACD/CD, Capitol/Mobile Fidelity Sound Lab 2106). It features amazingly transparent, natural sound that fills the entire room with the swinging sound of a big band in full cry. Surprise -- it’s in mono! John Palladino was the engineer; when Richard Buskin, of Sound on Sound magazine, learned that Palladino was still alive, he tracked him down to record his reminiscences of how Sinatra et al. got such a natural, undistorted sound back in the days of mono.

This video dub is probably a tenth-generation copy of a $2 VHS cassette recorded at “extended-play” speed, but it gives you an idea of what a Sinatra recording session looked like circa 1965. He’s recording “It Was a Very Good Year.” Note that everyone -- Sinatra, the orchestra, an invited but dead-silent audience, the soundboard, the engineering staff -- is right there in the studio. Because there are no headphones, no iso booths, no Auto-Tune, and a relatively small number of mikes, we get the nice, coherent sound that you can hear on his album September of My Years. I listened to the version available on Tidal, which seems to be Concord Jazz’s 2010 remastering and reissue of this Reprise release from 1965. Like most of his Reprise-era stereo recordings, the sound is crystal clear, with every breath picked up, and featuring a near-perfect reproduction of the dynamic range of a big band. Unfortunately, clinical clarity is chosen over depth of soundstage. You actually hear more accurate soundstages from his Capitol-era mono recordings than from the Reprise stereo recordings. 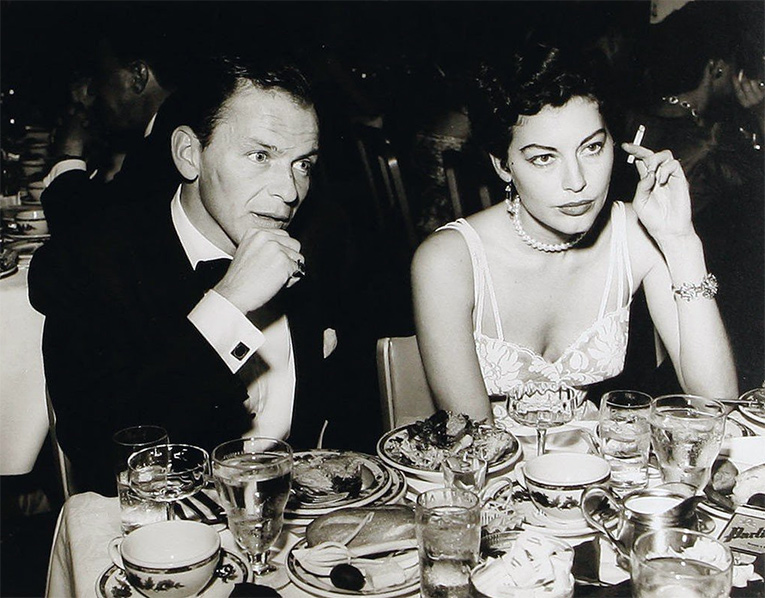 Of course, the audio quality is not the most important part of a Sinatra recording -- the real event is his singing. Any Sinatra fan has a favorite track to demonstrate the man’s greatness, and I can’t recall a single more dramatic moment in all of popular music than Sinatra’s first recording of “I’m a Fool to Want You.” The song was written by Sinatra, Joel S. Herron, and Jack Wolf, and arranged by Axel Stordahl. It was recorded on March 27, 1951, for Columbia, during Sinatra’s divorce from Nancy Barbato and his tempestuous love affair with Ava Gardner. Besides being a stunningly gorgeous woman, Gardner was tough as nails, cussed like a sailor, could outdrink any man she knew, and was a sexual tigress with a seemingly insatiable appetite. She and Sinatra were always violently breaking up and passionately recoupling. Ultimately, however, she broke his heart. Imagine a man of Sinatra’s power and influence pleading with his lover to come back. Humbled and hurt, he finds ways to convey so much emotion through this song that I can never get through hearing it without feeling some of the bleakness he must have been experiencing. And he was one of its composers. The song runs a brisk 2:55 yet never feels rushed. The arrangement is a bit overbaked, but concentrate on Sinatra’s singing. At 2:09 in, he slows it down to implore, “Take me back, I love you.” He’s on his knees. Then he drops even further: “Pity me. I need you.” He’s completely shattered. Then he begs: “I know it’s wrong. It must be wrong. But right or wrong, I can’t get along without you.” Amazon lists over 300 covers of this song, but I defy anyone to find one that comes within a hundred yards of Sinatra’s 1951 recording. The best mastering of this version is on Vol.12 of The Columbia Years 1943-1952: The Complete Recordings. 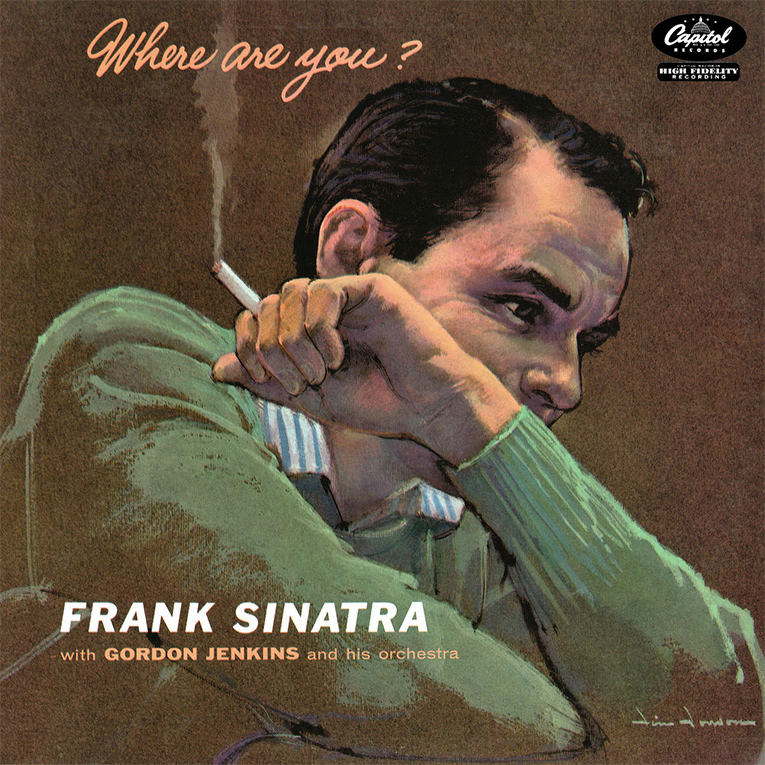 Sinatra rerecorded “I’m a Fool to Want You” in May 1957, for his album Where Are You? (SACD/CD, Capitol/Mobile Fidelity Sound Lab 2109). In this second version, he falls into the same trap that most singers do, mistaking slowness for drama in a threnody lasting 4:51. Still, it’s a masterful job. But by 1957 Sinatra was done with Gardner and was tomcatting around Hollywood with his choice of the prettiest, most sexually available women. The difference is obvious. In 1951, he sounds suicidal (he was); in 1957, he wrings the lyric for drama. Both are legitimate approaches. We’re lucky to have such a conclusive demonstration of what the man was capable of at his best.

Below, I’ve listed Sinatra’s best albums for newcomers. There are entire websites devoted to picking over every small difference or problem in every release of every one of his dozens of albums. It’s the equivalent of a 500-page book -- I’d rather be listening. I’ve been satisfied with the Tidal versions of all, but if you’re picky, several are available from HDtracks, and all are available on CD. In order of release date, with each album’s key track, they are:

If you’re already a serious Sinatraphile and are ready to spring for some big-buck purchases, you can take one of two routes. Finding mint versions of original West Coast mono vinyl pressings (supposedly the only ones made directly from the master tape) can run you the price of a nice Italian sports car, but folks with the scratch claim they’re the only true versions. I’ve gone for the boxed sets released by Sinatra’s various labels: The Columbia Years 1943-1952: The Complete Recordings (12 CDs, 285 tracks, Columbia CXK 48673); The Capitol Years (21 CDs, 272 tracks, EMI 4 96985 2); and The Complete Reprise Studio Albums (20 CDs, 452 tracks, Warner Bros. 9362460132). As far as I’m concerned, these comprise the Rosetta Stone of Western popular music. 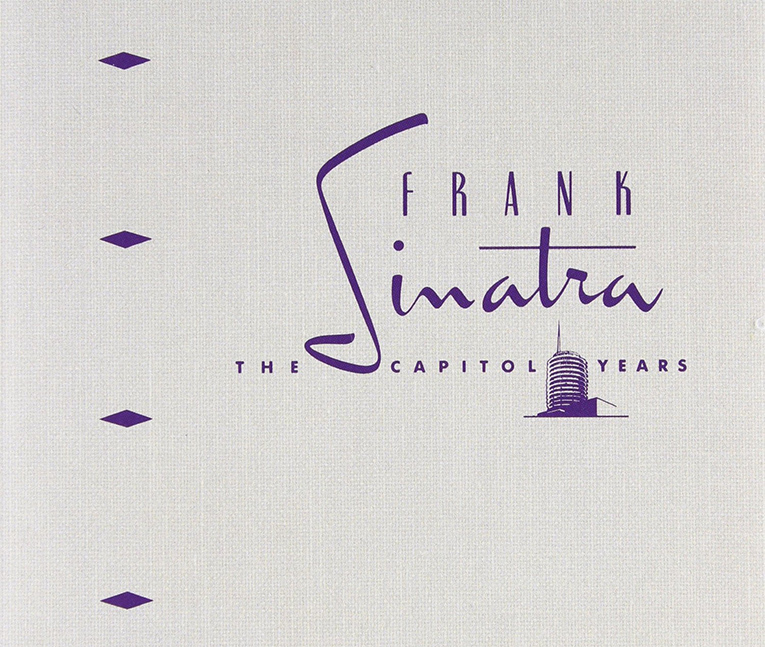 Toward the end of his career, Sinatra embarked on a series of concerts, usually with some of his friends along for the ride. Sammy Davis, Dean Martin, Shirley MacLaine, Liza Minnelli, and many others joined him. Everyone marveled at the man, still out on the hustings campaigning for the Great American Songbook. For 14 years, Sinatra had a comedian named Tom Dreesen warm up the audience. Check out Dreesen’s story of one night, two years before Sinatra finally retired, when singer and audience had an opportunity to give and receive some heartfelt respect and love.

He was a complicated man with deep emotions. We’re lucky to have lived in his world. Happy 100th birthday, Frank.

Postscript: During his life, Sinatra made 64 films; many of them are decent, but he also made a few films that any actor would have been proud of. If you’d like to know more about Sinatra the actor, here’s ten of his best to start with.