As the pre-eminent tenor saxophonist of the past 30 years, Joe Lovano has taken on just about every musical style -- including Third Stream, in collaboration with pioneer Gunther Schuller, and operatic arias. The son of Anthony “Big T” Lovano, who was a tenor-playing hero around his hometown of Cleveland, Joe has been playing the instrument since 1958, when he was five.

In his early professional years, after attending Boston’s Berklee College of Music, the younger Lovano cut his teeth in the big bands of Woody Herman and Mel Lewis. A barrel-chested hipster, Lovano showed the obvious influence of Coleman Hawkins, Lester Young, and Dexter Gordon, as well as his father, but in the ’80s he began moving in a new direction. As a member of drummer Paul Motian’s trio, with guitarist Bill Frisell, and co-leader of a wide-ranging quartet with guitarist John Scofield, Lovano made it clear that he was as much a modernist as he was a player steeped in the tradition.

Signing with Blue Note Records in 1990, he became a steady headliner for the label, one who was flexible enough to take on a broad range of approaches. Albums like Rush Hour (1994), 52nd Street Themes (2000), and Folk Art (2009) stand among the best of the modern era in jazz.

Lovano’s durability and high profile as a Blue Note artist make his jump to Manfred Eicher’s ECM Records and the approach of his label debut major news. For many casual followers of his career, his decision to leave the venerable American jazz label for a European home and record with veteran avant-garde pianist Marilyn Crispell and a relatively unknown drummer, Carmen Castaldi, appear like a sharp left turn. But Lovano and Eicher have a long, shared history, dating back to Motian’s trio and a couple of aborted projects. And what many observers didn’t realize was that Lovano was closely tied to longtime Blue Note head Bruce Lundvall. When Lundvall died in 2015, the time seemed ideal for Lovano to move on.

As for his choice of bandmates, both Crispell and Castaldi are well known to Lovano. The pianist was also a frequent collaborator with Motian, and Lovano had played with her group in 2006. The drummer goes back even further with Lovano; the two were childhood friends and attended Berklee together. 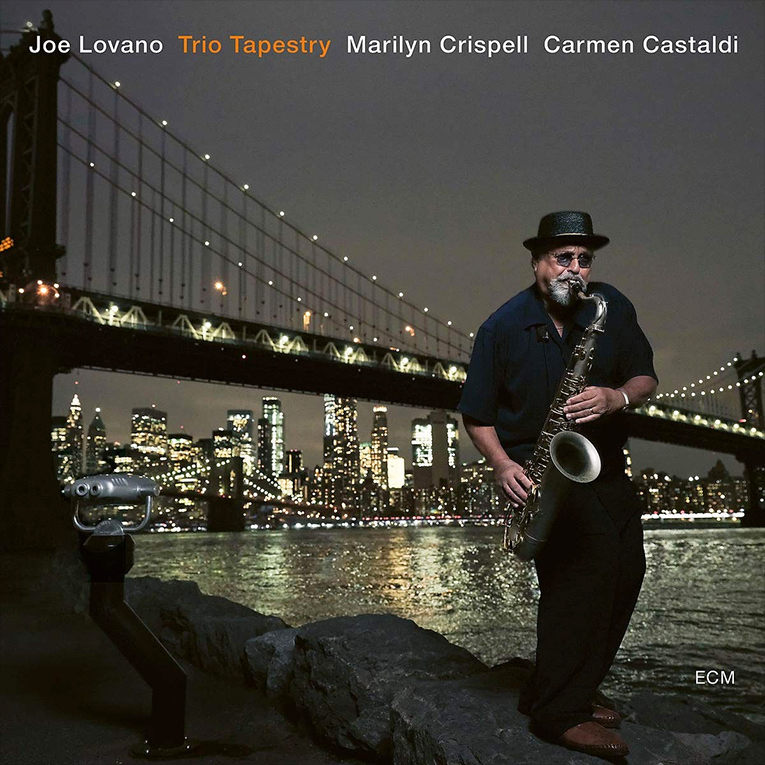 The pursuit of a spacious, tonally driven set of compositions -- captured on a superior soundstage -- was an idea of Lovano’s that dates back to his work with Schuller. Despite his many projects, his work in 12-tone music with Schuller continued to intrigue him, and this trio struck him as the ideal vehicle for additional exploration.

In July 2017, the trio came together for an improvised concert in upstate New York, and Lovano felt good enough about the results that he sent a tape of it to Eicher, who loved what he heard. And here, the ECM approach to making albums began to exert significant influence on the project. Lovano arrived at New York’s Sear Sound last March with 17 “themes” or lightly composed pieces, with broad spaces for individual contributions. The music covered a wide range of approaches, but Eicher wanted just 11 -- just enough for a 48-minute journey. Shades of a classic, LP-era, ECM recording.

Following the session, working with mix engineer Gérard de Haro, Lovano and Eicher molded the album even more, shaping the sequencing of the 11 pieces with their minds on the early 1960s collaborations of Motian and clarinetist Jimmy Giuffre, a frequent associate of Schuller.

The result is a gorgeous, slowly unfolding journey. The trio seems to breathe the music into the studio, laying gestures and textures out in the sonic landscape like painters creating a grand landscape in oils. Beginning slowly and quietly, the program builds in intensity and tempo toward “The Smiling Dog,” which finds Crispell in abstract mode, pummeling the keys with the kind of kinetic movement she employed early in her career, when she frequently drew comparisons to Cecil Taylor. Castaldi’s long relationship with Lovano shows in his highly intuitive responses and parries, and Lovano displays his complete mastery of the tenor saxophone.

In interviews to support Trio Tapesty, Lovano and Eicher have hinted at future projects, which hold the promise of a rich, new period for the saxophonist. This kind of reinvention, at the age of 66, is the type of late-career rejuvenation that illustrates that jazz is a long game. Like Sonny Rollins, Wayne Shorter, and Herbie Hancock before him, Lovano seems to be viewing his seventh decade as a time to stretch rather than rest.