Any artist’s sudden and unexpected death alters our view of his or her final work -- whether it be Jimi Hendrix’s The Cry Of Love, Janis Joplin’s Pearl, or John Lennon’s Double Fantasy. No matter how hard we try, we can never truly divorce that final recording from thoughts of what went before or projections of what might have been yet to come.

So, David Bowie’s ★ (popularly referred to as Blackstar), which was released just two days before his death -- from cancer, on January 10, at the age of 69 -- could either be heard as the exclamation point on his life or a signpost toward the next phase in his long, ever-changing career. To hear Tony Visconti -- Bowie’s longtime producer -- tell it, the album, with its small cast of jazz musicians, was written as a farewell, with all the insights and meaning that implies.

What is he telling us? 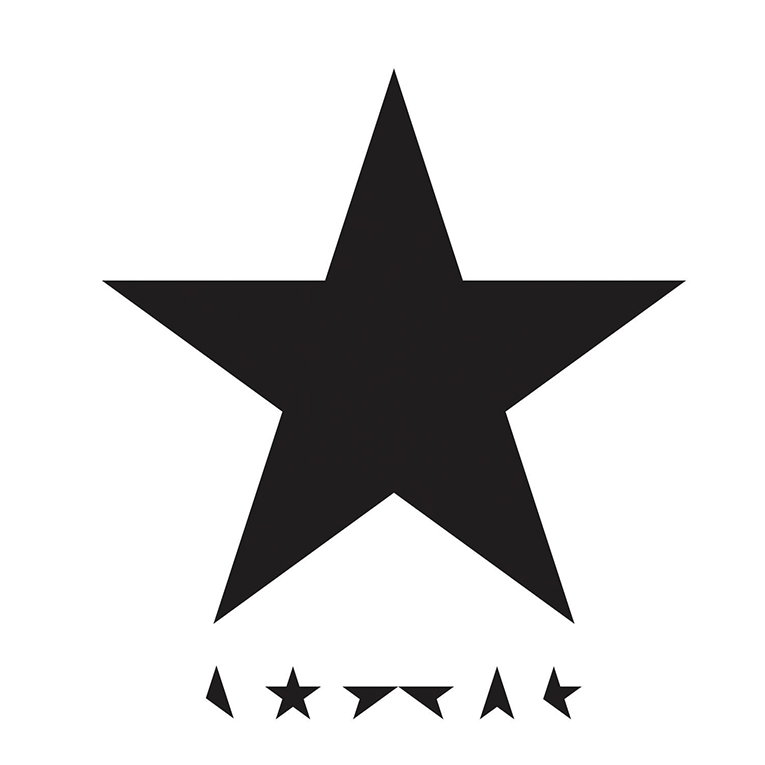 Perhaps the most obvious place to begin is with Bowie’s choice of musicians: tenor saxophonist Donny McCaslin’s working quartet, which can frequently be caught in the intimate and funky atmosphere of New York City’s 55 Bar. To be clear, Bowie’s decision to use jazz musicians should not surprise anyone, at least no more so than his use of Bruce Springsteen’s pianist, Roy Bittan, on Station to Station or blues guitarist Stevie Ray Vaughan on Let’s Dance. A large part of Bowie’s talent was his ability to see just beyond the cultural zeitgeist -- to pull gay culture into the mainstream, to understand the fascination with angst-ridden astronaut heroes before Star Wars, or to recognize that black urban music was about to reassert itself as the sound of young America. To translate these ideas into music, Bowie reached for musicians within his very broad orbit who could serve as effective vehicles. As a bandleader, Bowie’s reputation was akin to that of Miles Davis: Bring the best people you can find into the studio, direct them lightly and let them express your music in their own way. In that regard, our memory of Bowie’s achievement over his career owes as much to the contributions of musicians like Carlos Alomar and Nile Rodgers as it does to Bowie himself.

Clearly, what Bowie heard in McCaslin’s band was the musicians’ ability to create complex music -- as in the blending of a dense harmonic forest and stuttering rhythm on the opening build of the title song -- and also play with edge and propulsion. Contemporary jazz -- in the hands of players like McCaslin, drummer Mark Guiliana, keyboardist Jason Lindner, and bassist Tim Lefebvre, along with guest guitarist Ben Monder -- feeds on influences from across pop music as much as on the tradition of jazz forebears like Davis, Herbie Hancock, and Wayne Shorter. The thrum and clang that McCaslin and his associates can produce is as tuneful, confounding, and enthralling as anything Bowie’s studio hands conjured on Low or Scary Monsters (and Super Creeps). Although Bowie provided demo recordings for all of Blackstar’s tracks with the exception of “Dollar Days,” the band clearly had a lot of latitude in the studio, and that’s reflected in the energy on display on hard-driving pieces such as “Sue (Or in a Season of Crime)” and the middle section of “Lazarus.” Lindner was quoted in the New York Times as saying that Bowie’s principal instruction to the band in the studio was: “Have fun.”

Lindner used up to nine keyboards -- some of them augmented with effects boxes -- to create a dense sonic tapestry, and while his tonal choices set the dominant moods, it is Guiliana’s drumming that stands out. Along with Kendrick Lamar’s To Pimp a Butterfly, it was Guiliana’s Beat Music: The Los Angeles Improvisations that inspired Bowie’s choice of musical approaches on Blackstar, and the drummer’s ability to meld locked-down rhythms with limber swing gives much of the recording a jittery, almost-tentative feel. On “Lazarus,” the track that most observers point to as the most obvious foreshadowing of Bowie’s impending death, the drummer drops beats in unexpected places, radically varies his dynamics, and mimics the singer’s breathless delivery. The result is a distinctive combination of dread and release, with Bowie moving from his serene reading of the line, “Look up here, I’m in Heaven,” to what sounds like the histrionics of a man overcome by the reality of his oncoming demise. McCaslin’s keening tenor combines with Monder’s tolling chords to hammer home the sense of doom. 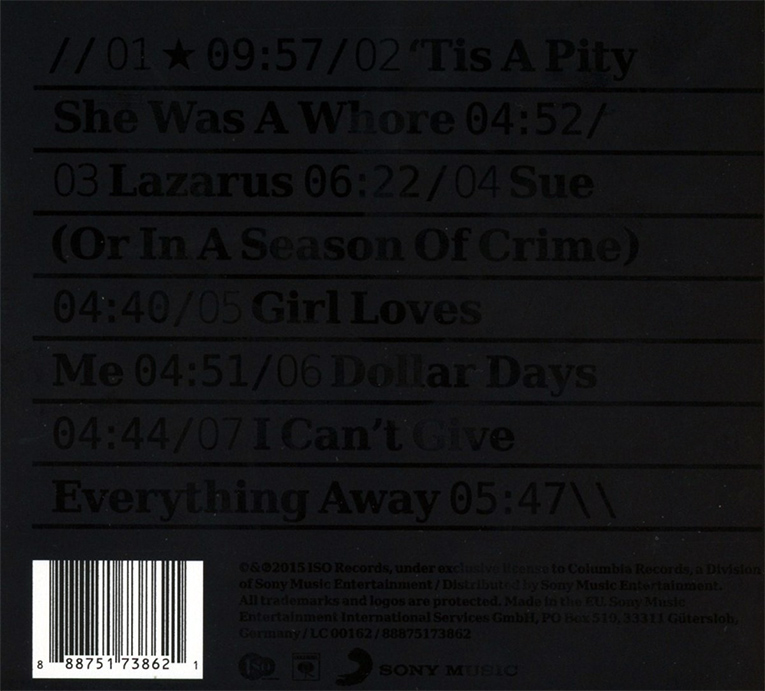 Which is not to say that Blackstar is an unrelenting downer, with Bowie constantly dropping hints that he is about to breathe his last. Although his illness may inform everything here, it is impossible not to be entertained by his ability to slip into the voice of intriguing characters, especially when they are yodeling lines in Polari -- the secret language of English circus workers and homosexuals in a pre-enlightened era. “Where the fuck did Monday go? / I’m cold to this pig and pug show,” sings the protagonist of “Girl Loves Me,” leaving the legion of Bowie-ologists another fine riddle to place alongside any number of his earlier personae.

Against a beat that is almost jaunty and a yearning tenor line, Bowie sings one of his most beautiful lyrics: “I know something’s very wrong / The pulse returns the prodigal son / The blackout hearts, the flowered news / With skull designs upon my shoes.” Then, in a most poignant, and sly, parting message, he leaves us with, “I can’t give everything away.”

Can one listen to -- enjoy -- Blackstar without reading portent of death into every lyric or each key change? Of course. Like the best of Bowie’s work, Blackstar is a tremendous collaboration between singer and musicians, and Bowie’s delivery shifts as artfully as a fine Shakespearean actor’s reading of Macbeth. In the transcendent second half of “Blackstar,” he alternates the narrative between his distinctive, full-voiced crooning, a highly processed refrain and a hip-hop drawl, and then overlays a gospel choir effect that morphs into a medieval chant. The effect is akin to a four-minute mini-opera.

With Bowie and Visconti producing, Blackstar sounds exactly as they wanted. The singer’s voice occupies various positions in the mix, mirroring the lyrics and adding to the dramatic effect. The overall soundstage is extremely deep, which adds to the effect that Bowie occasionally sounds like he is singing to us from the other side.

Is he saying good-bye? It is hard to think otherwise, and hard to conceive of a more fitting farewell from a singular artist.