Reissues of early recordings from an established artist’s career are almost always instructive, and sometimes revelatory. While it is not unusual to gain a fresh perspective on the development of the artist’s music, it is much rarer to get insights into what factors influenced the musician’s personal growth.

In 1979, guitarist John Abercrombie was a decade out from his graduation from the Berklee College of Music. He had already won a contingent of fans with his work as a sideman with Gil Evans, Dreams, Gateway, and drummer Billy Cobham, and he had appeared as a leader on four ECM albums. 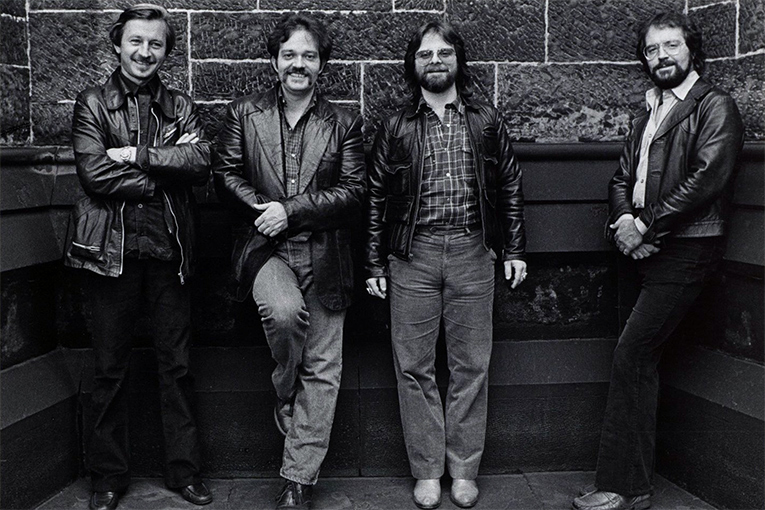 In itself, that would be a decent career for many musicians, and the average listener would probably surmise that Abercrombie was well in control of things when he formed his first quartet with pianist Richie Beirach, bassist George Mraz, and drummer Peter Donald -- the latter two, friends from his Berklee years. In reality, as he explains to writer John Kelman in extensive liner notes, Abercrombie was facing something of an identity crisis as his quartet came together. Tagged as a John McLaughlin imitator after his fusion-style sideman work, he was looking to find a path into playing more in the style of Jim Hall and to develop his writing under the influence of pianist Bill Evans and others who worked more in the jazz tradition. ECM owner Manfred Eicher -- always a man with a keen sense of what an artist needs to exceed perceived limitations -- gave Abercrombie a reel-to-reel tape recorder, which inspired him to explore new avenues of expression. As he tells Kelman, he wrote some pieces on piano, his rudimentary technique forcing him to keep things relatively simple.

Just two of his compositions -- “Arcade” and “Paramour” -- made it onto Arcade, the quartet’s debut album, and both illustrate Abercrombie’s love of open structure, advanced harmony, and infectious melodic cells. Also of note is the tone of Abercrombie’s instrument, which was a Fender electric soprano guitar, tuned an octave higher than standard guitar tuning. The instrument gives his playing a particularly tart edge, an effective balance for Mraz’s dark, woody tone. Having the guitar an octave higher than normal also provides more tonal room for Beirach, whose love of Evans and chamber music made him a natural collaborator for Abercrombie.

Beirach also provided half of the quartet’s material, contributing three compositions to each of its three albums. On Arcade, his tunes “Nightlake” and “Alchemy” were critical to establishing the quartet’s reputation as leading purveyors of atmospheric electro-acoustic music -- American counterparts to the music of ECM’s European standbys: Terje Rypdal and Jan Garbarek. On Abercrombie Quartet, the second album, Beirach’s “Riddles” reveals another, funkier side of the band. With a gruff, propulsive beat, the song allows Abercrombie to return to the speedy picking of his fusion years, albeit with a more tempered volume level and rounder tone. On 1980’s M, the group’s final recording, Beirach’s “Flashback” moves from the by-now-trademark atmospherics to a guitar/drums improvisation that matches McLaughlin’s Mahavishnu Orchestra duets with Cobham for intensity. 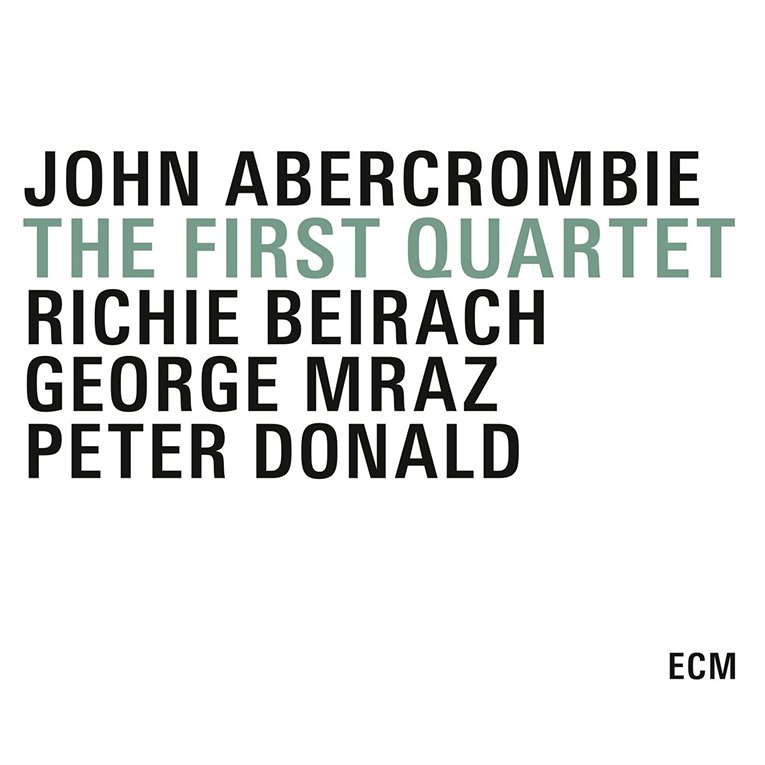 By M, Abercrombie’s writing had evolved noticeably, assuming a more confident, relaxed feel, and the musicians were trying new approaches, such as the leader’s use of 12-string guitar on the haunting intro to “Boat Song” and on his gorgeous title composition. But the band had also reached a turning point, somewhat burnt out from constant touring and with Abercrombie longing to return to more heavily amplified music.

Releasing this trio of pivotal recordings as one three-CD package fills an important gap in Abercrombie’s career arc and shines light on how artists can grow significantly in a short period of time.

Recorded at two of Eicher’s favorite studios -- Oslo’s Talent Studio with engineer Jan Erik Kongshaug for Arcade and Abercrombie Quartet, and Tonstudio Bauer in Ludwigsburg with engineer Martin Wieland for M -- everything on The First Quartet bears ECM’s trademark clarity and depth of field.

For fans of the fulsome musician Abercrombie has become, these recordings complete a complex picture of the man and provide a new opportunity to hear music that helped define the era.