The Moon, Magic, and Perfection in the Air

John Patrick Shanley’s Oscar-winning script touches the heart without insulting it—this story of Italian families in Brooklyn (the borough is played by Toronto) rings true without ever resorting to cliché. The basic story is simple: Loretta Castorini (Cher), an attractive thirtysomething woman, agrees to marry Johnny Cammareri (Danny Aiello), a reserved, bashful man devoted to his mother. When she then meets Johnny’s brash younger brother, Ronny (Nicolas Cage), he awakens in her passions she can’t deny. In a very short time, their romance includes significant encounters with the moon and Puccini’s La Bohème. 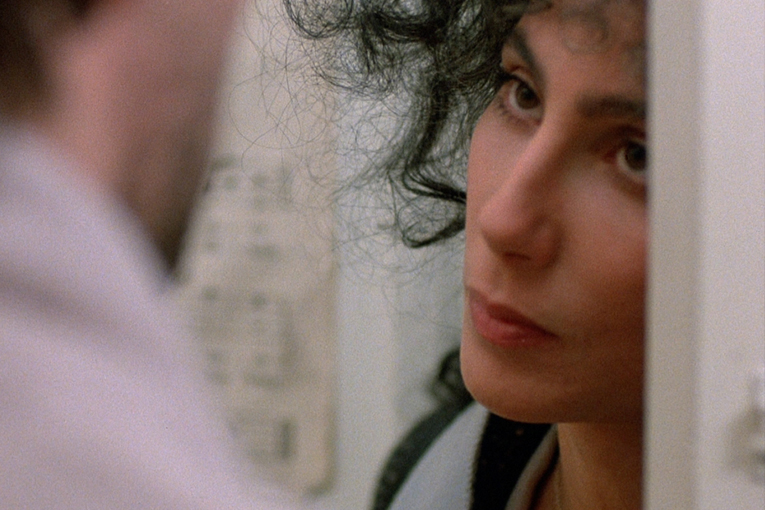 The perfect script is perfectly performed by actors perfectly cast. Cher and Olympia Dukakis, who plays Loretta’s mother, Rose, also won Academy Awards, respectively for Best Actress in a Leading Role and Best Actress in a Supporting Role. But there’s not one performance in Moonstruck that isn’t award worthy, right down to the smallest. Cher is a wonder as a woman who blossoms inside and out, and Dukakis shows admirable reserve in a role that could easily have gone over the top. Ronny Cammareri, of course, is blessed and cursed with an over-the-top personality, but the young, appealing Cage embodies him with nuance and an endearing inner sensitivity. Aiello is spot on as the hapless Johnny, and Vincent Gardenia is droll as Rose’s straying husband. And as the family patriarch walking his five mixed-breed dogs, Feodor Chaliapin Jr. steals almost every scene he’s in. These are all people you like—I wanted to sit down with them around the kitchen table and have dinner.

Over the last two decades, the romantic comedy has earned itself a well-deserved bad name. Most of today’s romcoms are forced, trite, gratuitous, and disjointed. For a model of how to do the job right, filmmakers should look to Moonstruck. Thirty-three years after its release, viewers still emerge from it feeling they’ve experienced a moment of true magic. 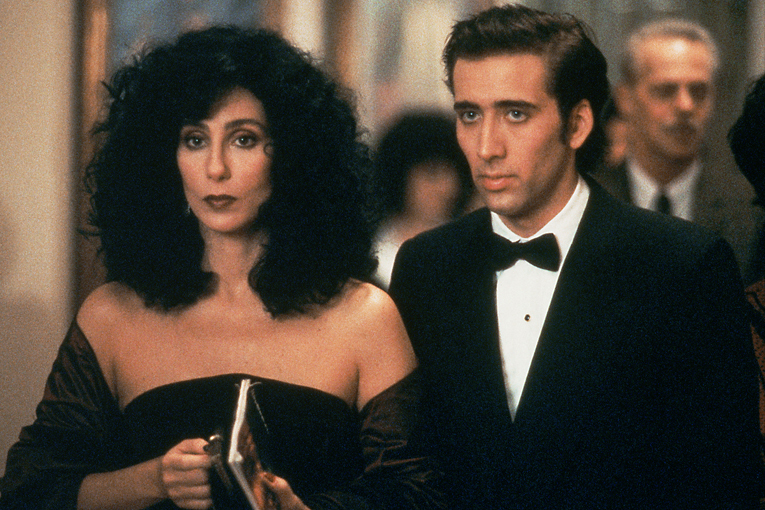 Criterion’s 4K transfer of the 1.85:1 original does it total justice. Colors are rich and bright, and shadow contrasts are amazing, all of cinematographer David Watkin’s superb lighting faithfully reproduced. The 5.1-channel soundtrack is full and clear, with no trace of distortion. Each word can be understood, and every music cue, whether by Puccini or film composer Dick Hyman, has focus and depth.

The extras seem largely drawn from an MGM special edition, and all are interesting. There’s a reasonably screen-specific (with detours) commentary by Cher, Jewison, and Shanley, and an introduction by Cher from 2013. Interviews with Cage, Cher, Dukakis, Gardenia, and Jewison, all conducted the year of the film’s release, are brief but revealing. Also included are later interviews with Aiello (2002) and Shanley (1989), and short programs about the use of Puccini’s music in the soundtrack and the presence of opera in the film. The booklet essay is by film critic Emily VanDerWerff. 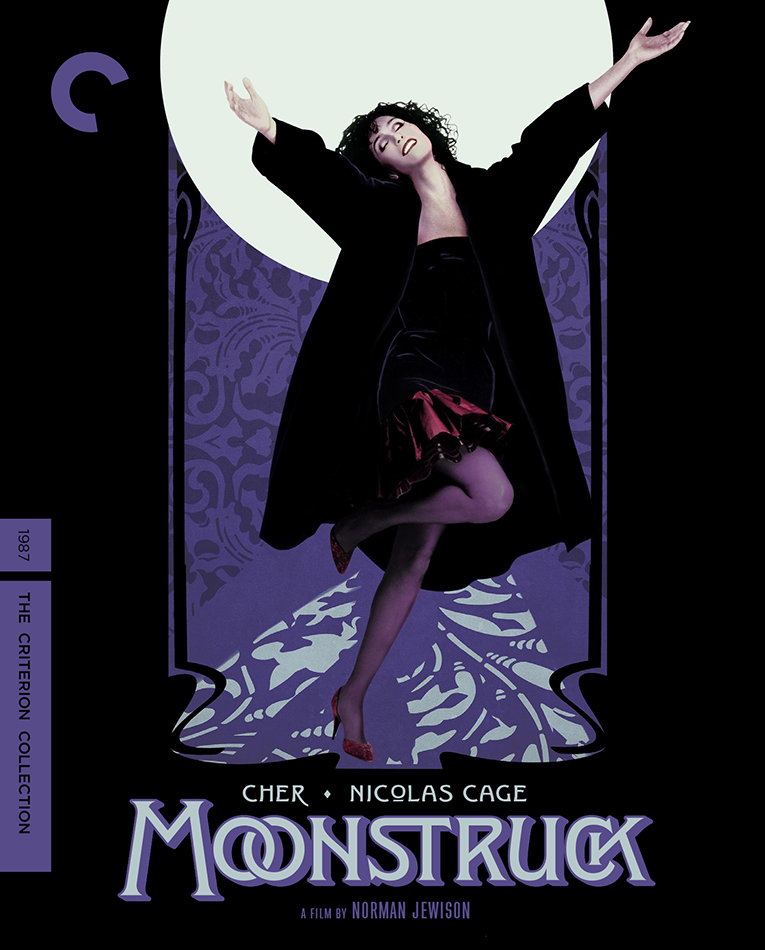 Criterion has done handsomely by one of the most perfect films ever made. If you buy only one Criterion Collection edition this year, make it Moonstruck.

Be sure to watch for: The close-up of Cher’s face as she watches Act III of La Bohème. Her expression as tears stream down her face says it all without her having to utter a word: She is a new woman.