Stephen Frears directed The Hit in 1984, shortly before making what many consider his best-known film, My Beautiful Laundrette (1985). In The Hit, Willie Parker (Terence Stamp), a London gangster, turns court evidence on his four co-conspirators. Flash forward ten years -- Willie, living the life of Riley in Spain, has a hacienda with a spectacular view, a fabulous book collection, and goes on bicycle rides accompanied by an inept bodyguard.

But Willie discovers that he hasn’t outbiked his past. A hitman, Mr. Braddock (John Hurt), is sent to fetch Willie to Paris for judgment. He hires a group of youthful Spanish thugs who trap Willie, deliver him to Braddock, and then are blown up for their efforts. Willie and Braddock begin their journey across the Spanish Peninsula, accompanied by Braddock’s cheeky young protégé, Myron (Tim Roth). Along the way they pick up Maggie (Laura del Sol), the girlfriend of gangster Harry (Bill Hunter). 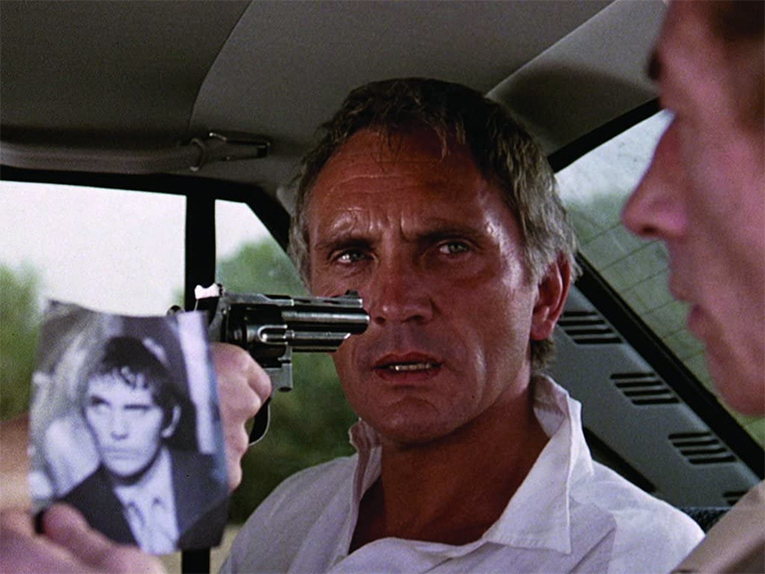 It seems inevitable that Willie will be offed -- but he plants seeds in the others’ minds that make them distrust Braddock, Myron starts lusting for Maggie, and the whole expedition almost falls apart. Almost.

Frears directs tautly and builds up considerable tension, but fails -- and/or Peter Prince’s script fails -- to go very deeply into the characters. We feel that we’re viewing events happening to strangers or, in the case of Myron, a stereotype -- not real people whom we get to know and can relate to. Plenty of people die in this movie, but we might as well be skimming newspaper headlines.

Overall, Criterion’s high-resolution transfer of the 1.85:1 original is quite good, with decent sharpness and color saturation. There’s not much shadow detail -- most of the scenes are sunlit. The audio track is also excellent. Eric Clapton and Roger Waters wrote the main theme, which composer Paco de Lucia extends into a flamenco-flavored score that contributes greatly to the effect of the movie. 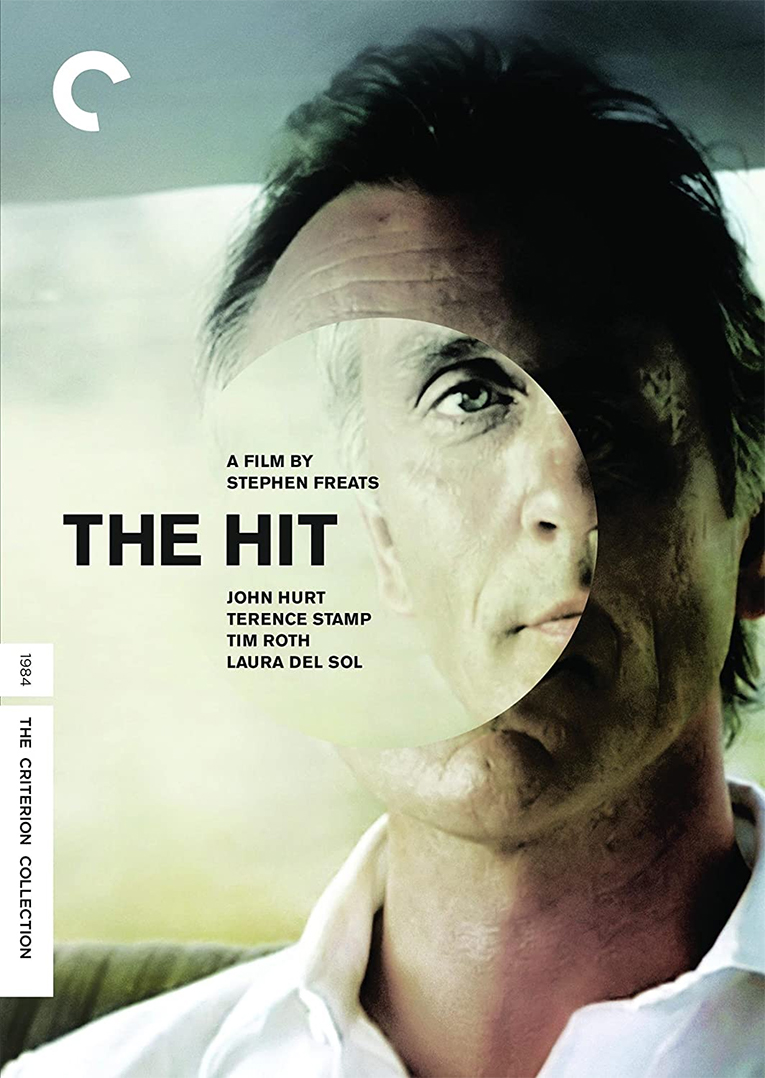 The few extras are good: an enjoyable commentary with Frears, Hurt, Roth, Prince, and editor Mick Audsley that bristles with information; and, even better, an interview with Stamp from Michael Parkinson’s British TV series, Parkinson One to One. This gave me a much more favorable impression than I’d had of Stamp, who’s evidently not only a charmer but a man of depth.

The Hit, a succinct film of few characters, will keep your attention from beginning to end. It could have looked deeper into those characters, but it’s entertaining as is, and Criterion has done well by it. 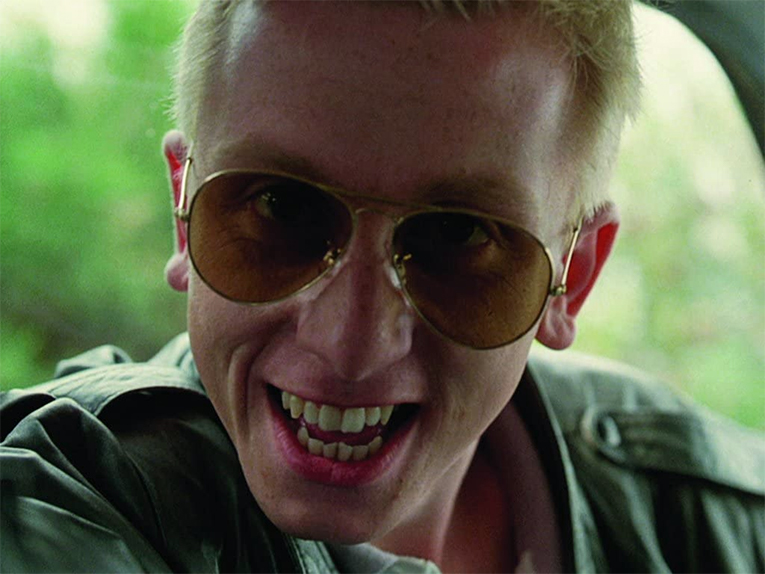 Be sure to watch for: Tim Roth’s shifting moods. His performance might be stereotypical, but within that it’s subtle and volatile. You wouldn’t want this guy at your dinner table. Roth was 23 -- this was his first film role.