"So Dark the Night"

A Minor Gem Worth Your Time

COVID-19 has turned just about every man, woman, and child into a movie buff. By now, many have been through the classics and are surfing frantically for movies they pick by title or star. Such a search can be an adventure, but you’d best be prepared that streaming Netflix or Amazon can uncover some real clunkers. Last night I watched After Darkness -- a waste of my time and Kyra Sedgwick’s talent. But turning to a stack of unwatched B movies on disc, I uncovered So Dark the Night (1946), a nifty noir whodunit based on a story by Aubrey Wisberg and directed by Joseph H. Lewis. This succinct (70 minutes) detective procedural set in France has a very twisty ending.

Police inspector Henri Cassin (Steven Geray), one of the most highly praised officers in his division, vacations at a country inn, where he falls in love with the innkeeper’s daughter, Nanette (Micheline Cheirel). Although Cassin he knows he’s too old for Nanette, her parents, Pierre (Eugene Borden) and Mama (Ann Codee) Michaud, are delighted with their union. But trouble lurks in the form of a young man, Nanette’s previous suitor. Nanette is found dead, and further murders rapidly ensue. Cassin relentlessly hunts for clues to the identity of the killer or killers, but is continually frustrated. To reveal more would enter the realm of spoilers.

The actors, from the B list of Columbia Pictures’ stable of 1946, were usually cast as bartenders, waitresses, and walk-ons. Though here they all do excellent work, especially Geray as Cassin, a few A-listers might have made this a four-star film -- its style and pacing are nearly perfect. Lewis liked to place two objects in the extreme foreground, one each to left and right, a bit out of focus but framing the depth-of-field action, which is in sharp focus. Similarly, he liked to shoot scenes through and framed by such things as a window or railing. Such techniques give these scenes a wonderful sense of discovery. 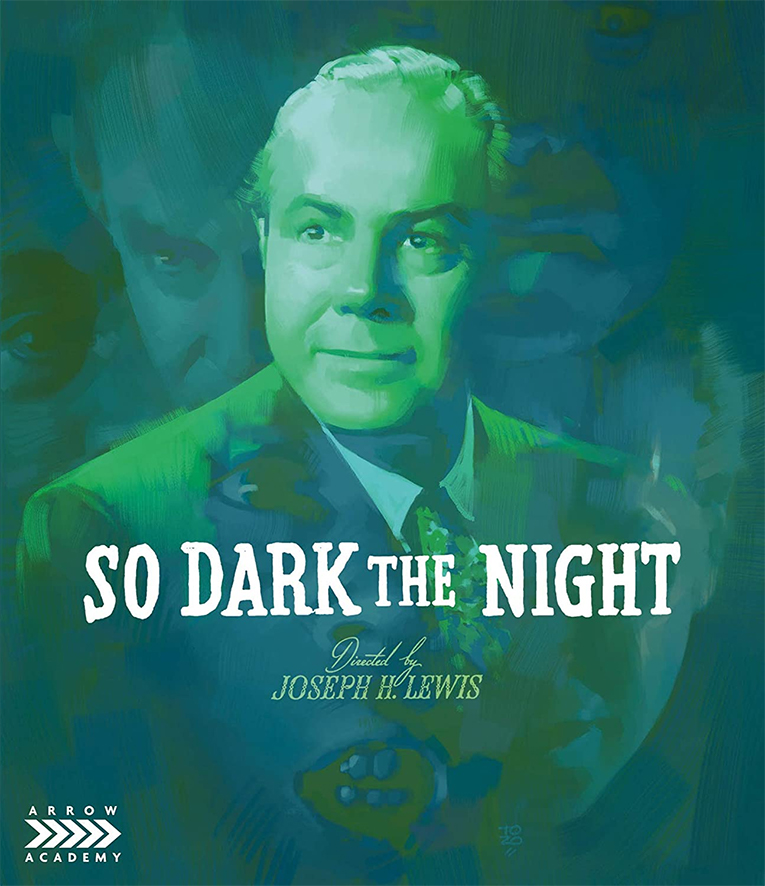 Arrow Academy has given this underrated film a very good 4K transfer, and removed scratches and grit. There’s plenty of contrast and detail -- it’s a good example of the best that’s possible in a black-and-white film shot in the Academy aspect ratio (1.37:1). It’s also easy to see that those foreground objects were originally deliberately shot out of focus, and that the blurring is not due to a careless transfer. The soundtrack is excellent, for both dialogue and Hugo Friedhofer’s orchestral score.

The extras include a bubbly commentary track by film critics Glenn Kenny and Farran Smith Nehme, who have a good time telling us a lot about the actors and the film’s style. Critic Imogen Sara Smith presents a featurette, So Dark . . . Joseph H. Lewis at Columbia. There’s also an original trailer, and a reversible outer sleeve with contemporary and period artwork.

If you’re looking for an entertaining movie to while away your time at home, you could hardly do better than this handsome reissue of So Dark the Night.

Be sure to watch for: Early and late in his film-direction career which spanned 1937-1958, Joseph H. Lewis (1907-2000) directed Westerns, many of them low-budget “poverty row” movies with no-name stars. To keep things interesting, he developed a trademark mannerism of filming through a wagon wheel in the foreground and placing wagon wheels in the background, and became known as “Wagon Wheel Joe.” So Dark the Night is no Western, but wagon wheels are visible everywhere. See how many you can count. (Yes, you can include the ceiling fan.)