Candace Hilligoss was the only (aspiring) professional actor, so it might be easy to dismiss this eerie film as an amateur production built around an established star. But that’s not the case. The director (Herk Harvey), writer (John Clifford), cinematographer (Maurice Prather), and other production personnel were all professionals. They made documentary and school films -- hundreds of them -- for the Centron Corporation, located in Lawrence, Kansas. Harvey and Clifford made Carnival of Souls during a two-week vacation. While driving through the outskirts of Salt Lake City, Harvey decided that the deserted Saltair Pavilion would make for a good film location. He shared the idea with Clifford, who then banged out a script in 30 days. 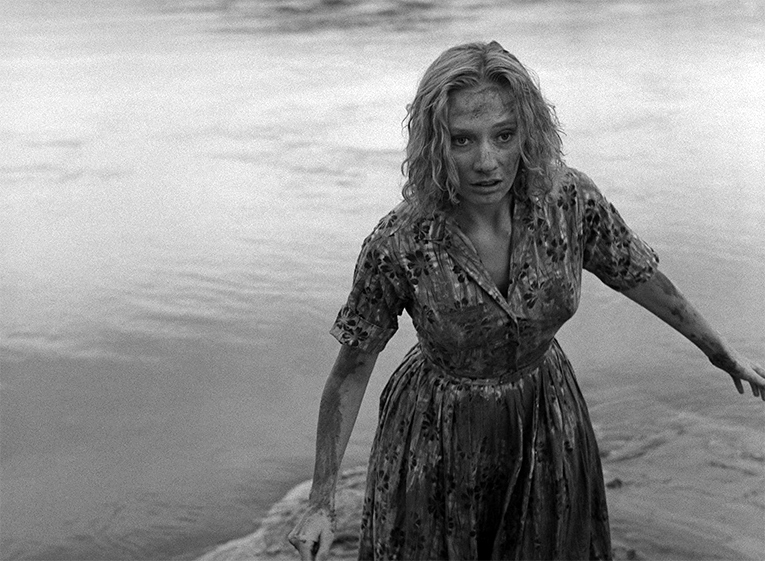 The story features Mary Henry (Hilligos), who’s the lone survivor of a car plunging off a bridge into the water. Mary is a church organist, and she decides to go to Salt Lake City for a position. One of the strange settings for the film is the old Reuter Organ Company, with its wood and metal pipes scattered about. Considering Mary’s profession, it’s no surprise that Gene Moore composed and played the entire score on an organ.

When Mary moves to Salt Lake City, she has several unsettling incidents where she sees “the man,” a zombie-faced character played by director Harvey himself. She also goes through periods when no one can see or hear her. She discovers the old pavilion and seems to know that her destiny lies there. The ending won’t shock anyone who’s seen dozens of imitative movies, but it must have seemed terrifyingly original in 1962. Spoiler alert: “the man” is Death, calling Mary home where she belongs. You can’t cheat Death. 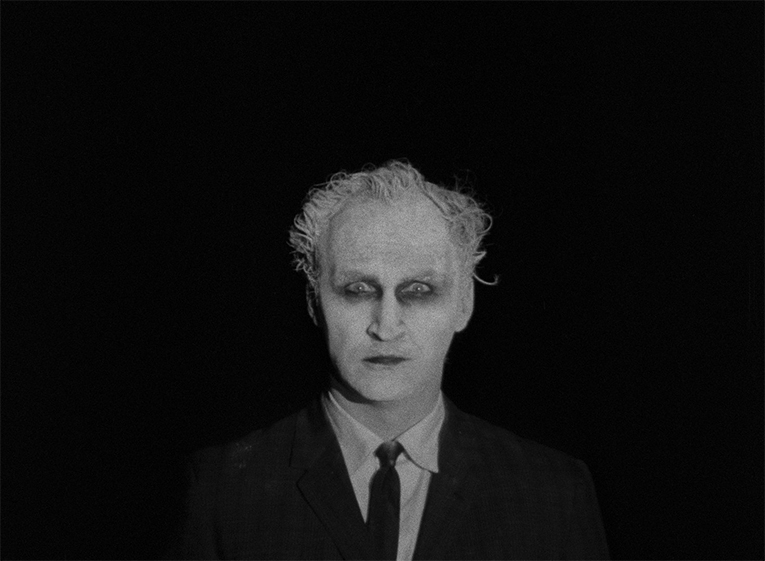 Criterion’s carefully edited edition of Carnival of Souls is a masterpiece. All of the rich, highly contrasted black-and-white photography of Prather has received flawless reproduction. Saltair looks like a spooky enough place in its own right, but Harvey and Prather find angles and pan shots that make it look even more frightening. The weird organ score has been brilliantly transferred from the original 35mm negative. The extras are worthy. Harvey and Clifford have added a commentary to about two-thirds of the film that greatly expanded my knowledge and enjoyment of it.

There’s a new interview with comedian Dana Gould, a new video essay with critic David Cairns, and a documentary of the 1989 reunion and screening. There’s a documentary on Saltair -- in its heyday it had the largest dance floor in the US, featuring such bands as Glenn Miller -- and excerpts from movies made by Centron. Warning: these excerpts haven’t been restored, but stick with them, as they provide a window into a bygone era. About the only thing missing is a history of the Reuter Organ Company. 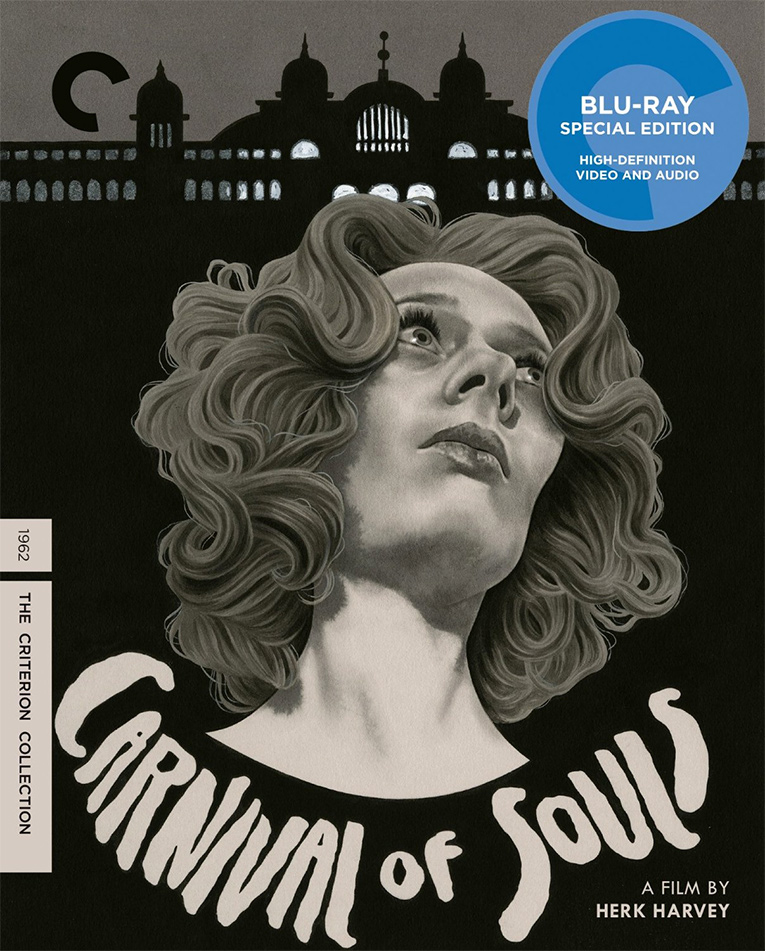 Carnival of Souls is a mesmerizing experience, a movie that was way ahead of its time. Thanks to its music, locations, and superb camera work, it’s one of the eeriest experiences you’ll have this year. Just in time for Halloween, too!

Be sure to watch for: In chapter 10, Mary returns to the ghostly pavilion in the daytime and wanders the walkways. In one scene, overhead latticework divides the light into squares, and Mary’s face seems to disappear into the pattern. Many filmmakers have used this device, but none more effectively than Harvey and Prather.