François Truffaut (1932-1984) achieved recognition in 1959 with his first feature film, The 400 Blows. After that, his career went up and down, albeit with more hits than misses. In the US of the 1960s and 70s, he was largely considered an "art house" director, and film critics and connoisseurs revered his films more than did the general public. One thing that shines through many of his works was his intense love of movies. This message was so clear that another lover of movies, Steven Spielberg, cast him as an actor in his Close Encounters of the Third Kind. 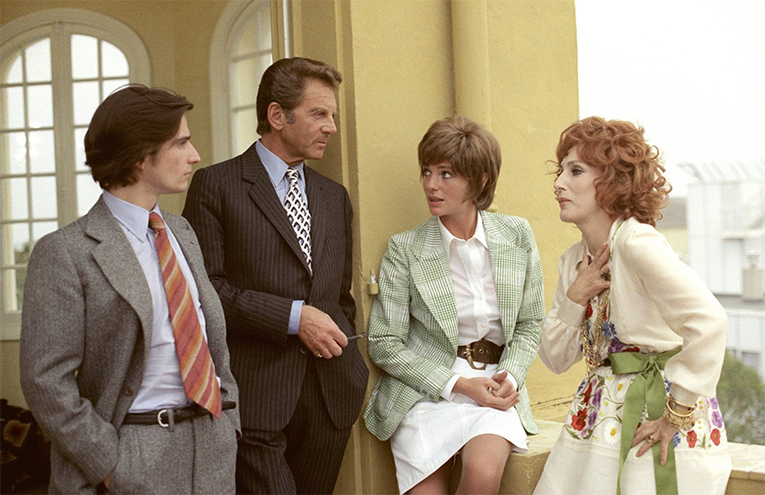 La nuit américaine (the American night) was released in the US under the title Day for Night, which refers to the American practice of shooting night scenes in daylight using a special film stock and filter that make them look as if filmed at night. In this film about filmmaking, a group of actors and technicians are using a studio in Nice to make a movie called Meet Pamela. It stars a young actress, Julie Baker (a radiant Jacqueline Bisset), who joins the cast after Meet Pamela has been in production for several days. Truffaut himself plays the director, Ferrand, and he surrounds himself with consummate actors of all ages: Valentina Cortese, Alexandra Stewart, Jean-Pierre Aumont, Jean-Pierre Léaud, Nathalie Baye (in her first major role), Jean Champion, and many others.

Truffaut examines his love of film and its relationship to reality. We're shown the actors as they work on Meet Pamela, and we're privy to their loves and friendships off camera. We see them become a family, a group of people who care for and nurture each other. All of Meet Pamela's many problems are solved with patience, good nature, and resourcefulness, but it's a pretty sure thing that not all movie sets are so idyllic. In fact, avant-garde filmmaker Jean-Luc Godard called Day for Night "a lie," and ended his long friendship with Truffaut. But from what the interviewees say in the bonus features on this Criterion Collection edition, Truffaut's films, and particularly this one, were joys to work on, and Ferrand's style of direction precisely depicts Truffaut's own. I, for one, find the film convincing. 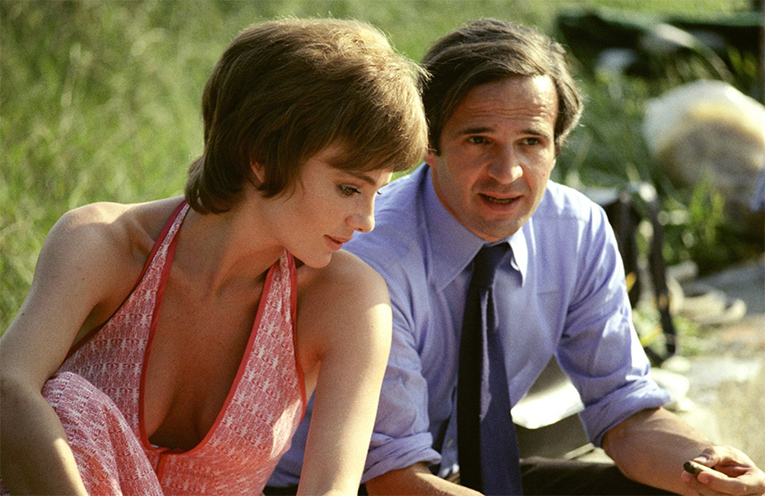 Day for Night is one of my favorite films; I've seen it many times, and never has it looked anywhere near this good. Except for a few noticeable lapses, the picture in this Criterion edition is absolutely breathtaking. The colors are rich, the focus sure, the contrast perfect. The soundtrack reproduces both the dialogue and Georges Delerue's score with excellent fidelity.

Extras include a new visual essay; interviews with the original cinematographer and editor, respectively Pierre-William Glenn and Martine Barraqué; an interview with film scholar Dudley Andrew; a 2003 documentary on the film; short interviews with Truffaut and members of the cast and crew; and more. 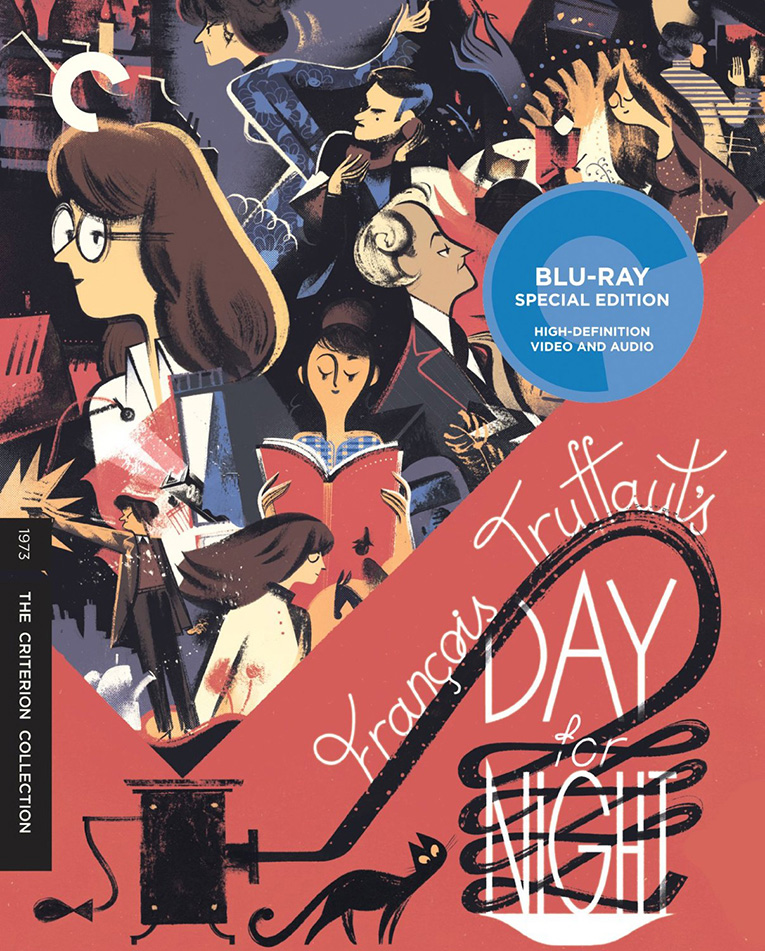 This joyous film is as much a tribute to the positive human spirit as to cinema. Its wit is dry and droll with occasional slapstick, as in the scene where the kitten refuses to drink milk -- in the end, the company cat saves the day. Day for Night gives us insight into the making of a film, and how its cast and crew, under the leadership of a master director, can work together to create a work of art.

Be sure to watch for: I could list dozens of scenes as favorites, but perhaps my top choice is the filming, in the snow, of Meet Pamela's final scene, with repeated takes of the crucial killing of the father. This sequence is so alive and has so much energy that, for me, it epitomizes the meaning of cinema.