"Night and the City"

Were it not for the notorious Hollywood blacklist, Night and the City (1950) might not have been made -- and surely not by veteran director Jules Dassin. Dassin had been in the Communist Party for a few years, but had resigned well before this. Nonetheless, he was outed, put on the list, and told to get to London as soon as possible to start filming Night and the City, beginning with the most important and expensive scenes so that 20th Century Fox would have enough financial investment to want to complete the project.

Jo Eisinger wrote the screenplay, basing it on the popular novel by Gerald Kersh. The star of this black-and-white film noir is Richard Widmark, who turns in the performance of a lifetime as Harry Fabian, a cheap shyster who wants to "be somebody." But all of Harry's deals fall flat, and he's always on the run from some underworld character. He tries to outsmart kingpin Philip Nosseross (Francis L. Sullivan) by getting involved with the world of professional wrestling, acting as manager for wrestler Gregorius (Stanislaus Zbyszko), but the deal goes south -- Gregorius has a heart attack and dies, whereupon his son, Kristo (Herbert Lom), sends out the word to find and kill hapless Harry. 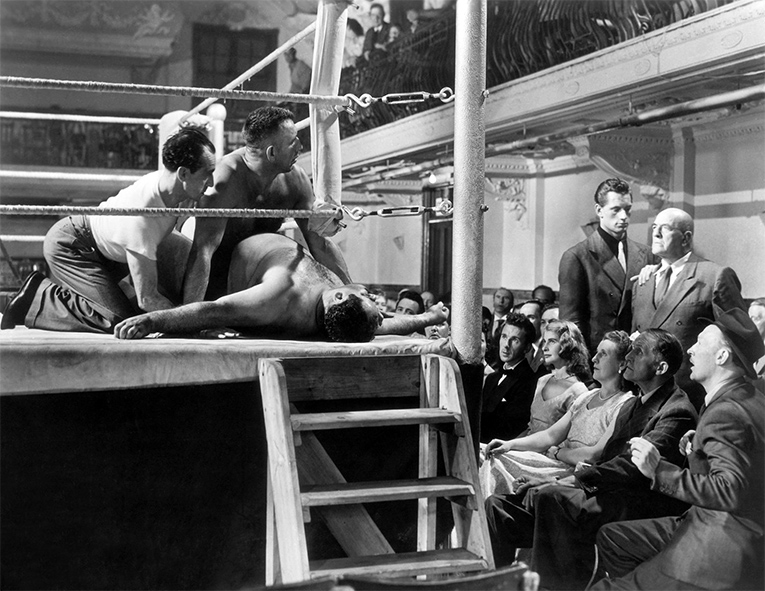 A film noir must have a femme fatale, and Night and the City has two: Mary Bristol (Gene Tierney), a singer at Nosseross's club and Harry's love interest; and Helen Nosseross (Googie Withers), Philip's wife, who's looking to leave him and finance her own club. Critics and audience members alike criticized Tierney's role for not being nearly big enough, but no one could fault Withers's as-if-to-the-manner-born interpretation of Helen. She and Widmark are the real standouts among the cast -- along with Zbyszko, a professional wrestler who was taught to act, and who learned his lessons well.

Another main character of Night and the City is London. In 1950 there were still plenty of ruins from the German bombings of World War II, and cinematographer Max Greene uses their angles and jagged edges to great effect when Harry is being pursued through them. The uses of shadow and light throughout this movie are pure noir.

There are two versions of Night and the City, and both are on this Blu-ray: the 95-minute US version is the feature, and the 101-minute UK version is an "extra." The extras contain many references to the differences between the versions, particularly film scholar Glenn Erickson's excellent commentary, which also compares the films to Kersh's novel. In another extra, the two film scores are compared. The American edition has a driving, jazzy score by Franz Waxman, the British edition a more subdued orchestral score by Benjamin Frankel. Dassin preferred the American edit, as do I. It's more direct and riveting, and it ends more nastily than does the more romantic British version. 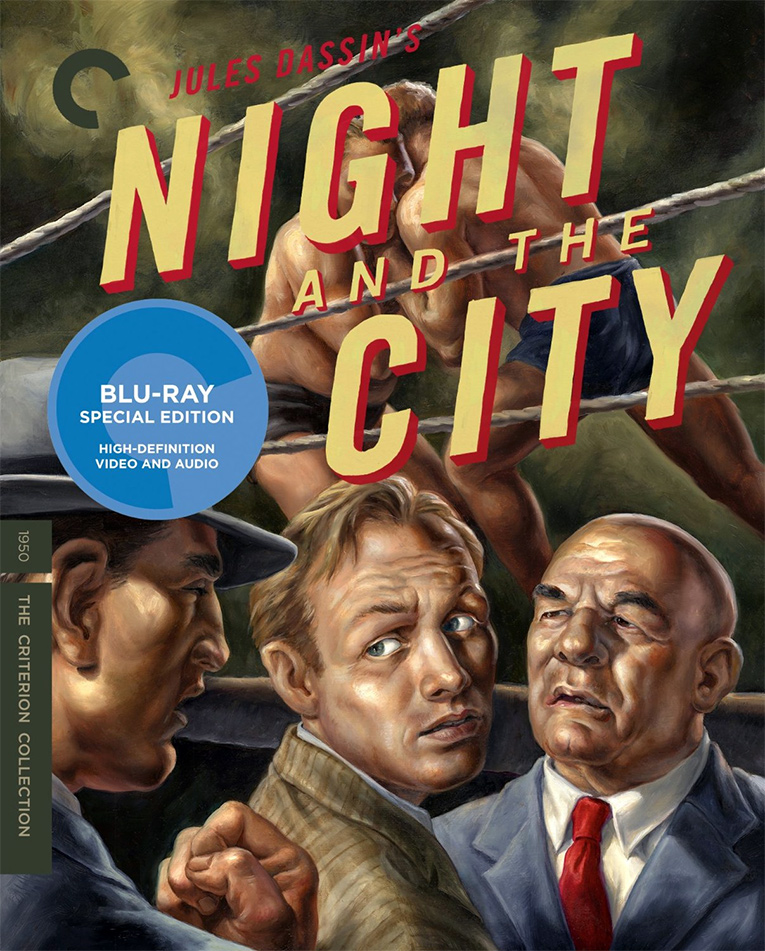 Criterion's video and audio transfers are right on the mark. Also included are two interviews with Dassin (1911-2008): one from 1972, in which he reminisces and tells tales about Hollywood legends, and another from 2005, in which he talks specifically about Night and the City.

I rate Night and the City more highly than most critics do. It's taut, exciting, and at times visually stunning, and that magnificent Waxman score speeds it along.

Be sure to watch for: At the beginning of chapter 9, Philip and Helen Nosseross are both on camera, but boxed in, so as to separate them and emphasize the painful failure of their marriage. He's up front in his sardine can of an office; she's back in another room. Though they talk to each other, their loneliness is palpable.