A Madcap Romp Restored for Blu-ray 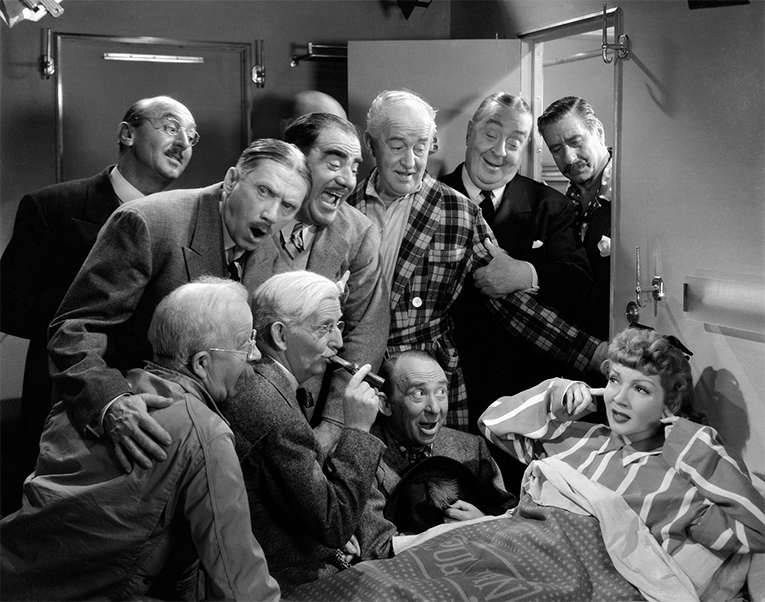 Preston Sturges may or may not answer that question in the body of the movie, but he clearly intends to have a lot of fun along the way. Sturges was one of the first directors to write his own screenplays, and they are witty and loaded with rapid-fire repartee. No sooner are those credits over than we see Gerry Jeffers (Colbert) in her apartment, which is being shown to a wizened old man (Robert Dudley, hilarious) and his wife (Esther Howard, stoic and snooty). The old man, the rich Wienie King, finds Gerry hiding in the shower, and the two indulge in crisp conversation. It turns out that Gerry and her husband, Tom (Joel McCrea), haven't been getting along too well, and she thinks it's because he can't get a backer for an elevated airport that he's designed.

Gerry, pursued by Tom, runs away on the train, where she meets the Ale and Quail club, a bunch of rich eccentrics brandishing shotguns, and later on a millionaire, J. D. Hackensacker III (Rudy Vallée), who immediately falls for her. You're beginning to get the name references by now? Hackensacker is Rockefeller, and Tom and Gerry are, well, Tom and Jerry. There are others, but I'll let you discover them for yourself. The movie is rife with name games.

When Gerry and Hackensacker reach Palm Beach, they are quickly joined by Tom (his pursuit being successful) and Hackensacker's sister, Princess Centimillia (Mary Astor), and the four do definitive parlor comedy as the princess flirts with Tom, while he flirts with Gerry, while she flirts with him. Don't worry: that's clearer when you have the visuals, even with Toto thrown into the mix. It all works out in a last-minute reveal, a device beloved by Gilbert and Sullivan. I won't spoil that either, though I've inadvertently already divulged it. 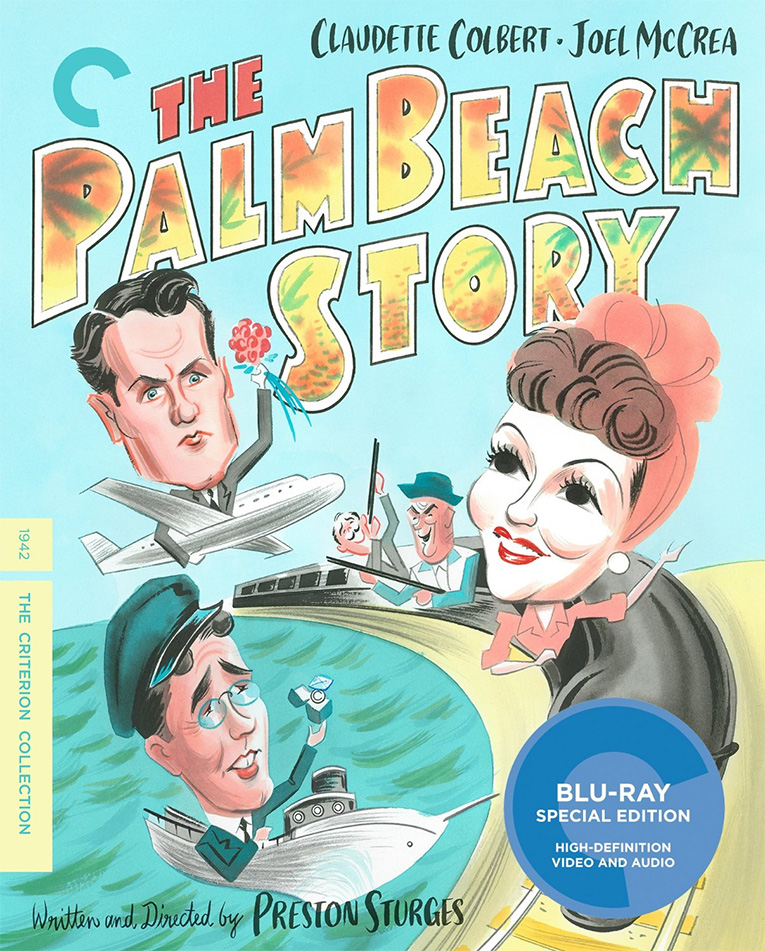 Criterion has provided a dynamite black-and-white transfer that's sharp as a tack, and an uncompressed audio track that doesn't seem nearly as old as it must be. Extras include interviews with film historian James Harvey and comedian Bill Hader, as well as a booklet essay by film critic Stephanie Zacharek. Safeguarding Military Information, a 1941 propaganda short, written and directed by Sturges and featuring Eddie Bracken, makes a curious and entertaining period supplement. There's also a miserable, fatally truncated half-hour radio adaptation of the film from The Screen Guild Theater that keeps Colbert and Vallée, but substitutes Randolph Scott for McCrea.

The Palm Beach Story is great fun, featuring Colbert, McCrea, Vallée, and Astor at the peak of their careers. There's never a dull moment, and there's a laugh a minute behind every double entendre. It's the epitome of a screwball comedy, and not to be missed.

Be sure to watch for: I have to agree with others who point out the scene on the train where Colbert is trying to get to an upper berth. Vallée, who is in the lower bunk, tries to help, but she keeps stepping on his glasses and breaking them. But this is the fun -- he has an endless supply.