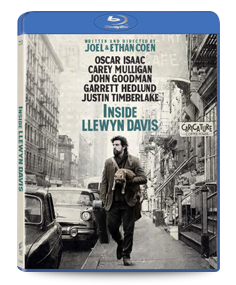 An Intimate Portrait of New York's Coffee Houses in 1961

Set in the Greenwich Village folk-music scene of the early 1960s, Inside Llewyn Davis is a black comedy about the fading coffee houses of the time. There are no clinking glasses and buzzing conversations as in the jazz clubs; everyone at the coffee house is respectful and quiet, saving it all until the applause at the end of a number. At the time the movie takes place, I was in Boston hearing Odetta at the coffee houses there, and I can confirm that the reverential tone of Inside Llewyn Davis is spot on.

This might have been a happier movie, but it's a Coen brothers film, and they chose to sacrifice joy for realism. Not only is the folk scene dying and about to be transformed by Bob Dylan, but the main character is fading as well. Unwilling to embrace change, he's steadfast in his dedication to somber folk ballads. He lives by the mercy of friends and strangers, sleeping on whatever sofa he can beg for. He really is a great singer of the genre, especially as played by Oscar Isaac, who is absolutely terrific as Llewyn. 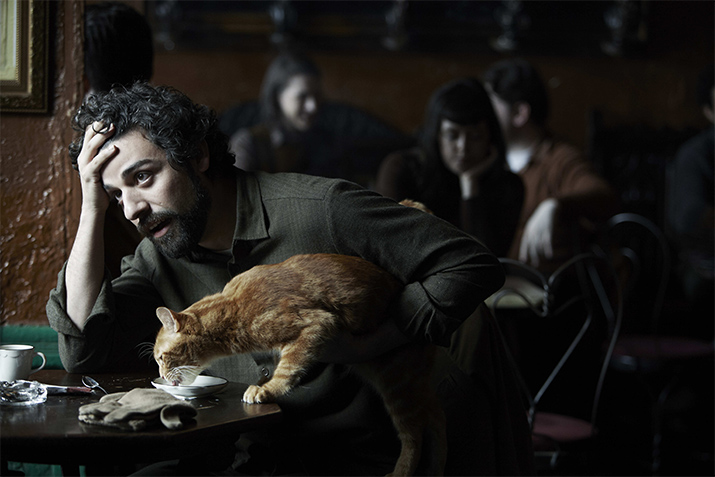 One thing that sets this intimate movie apart from others involving music is that the performances of songs are complete, with no interruptions for another scene. I found this approach very good, especially considering the talents of Isaac, Carey Mulligan, Justin Timberlake (is there anything this talented guy can't do?), Marcus Mumford, and the Punch Brothers.

I wish I had seen this movie in a theater so I could better judge the transfer to Blu-ray. To be sure, it is overall a dark and virtually colorless image that is most often on the screen, and I get that this dismal approach is what the Coen brothers intended. But I still feel it's a little bit undercooked on Blu-ray. The sound is excellent. T Bone Burnett produced the music with loving care and a heck of a lot of talent.

There's only one extra, a "making of" featurette, but it's better than most and spends a lot of time talking about the music and how it was created. In the end, Inside Llewyn Davis is a movie I can admire more than I can love. It should be seen, for sure, but you might want to check your rental options rather than make a purchase.

Be sure to watch for: The middle of the movie turns into a road-trip film when Llewyn hitches a ride with a car that's carrying a portly bluesman in the back seat. That character is brought to vivid life by John Goodman, one of our greatest character actors.