When World War II ended, most countries were propelled into an era of freedom. But Poland’s post-war trajectory would lead toward Communism. Working from the acclaimed novel of the same name by Jerzy Andrzejewski, young director Andrzej Wajda fashioned a political thriller that encapsulates this change in a series of events that take place in a single day.

While the novel had incoming party official Szczuka (Wacław Zastrzeżyński) as its main protagonist, Wajda altered the story to follow Maciek Chełmicki (Zbigniew Cybulski), a young rebel and member of the Polish Home Army, and transformed him into something of a hero. As discussed in one of the supplements, the fact that Wajda managed to get a change this big past the party censors required a bit of trickery and good luck. 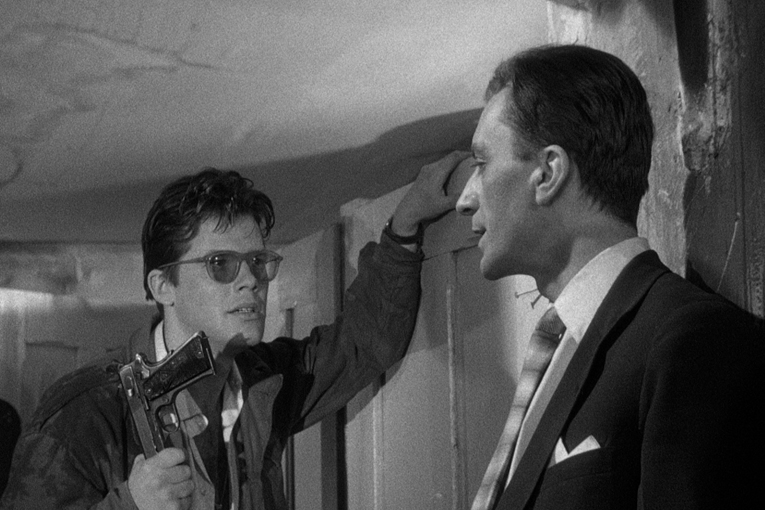 The film begins the day World War II ends. Maciek and his compatriots have been assigned to assassinate Szczuka, but instead, they end up killing two innocent men. On discovering he has botched the job, Maciek is determined to try again. The events that unfold occur in a small hotel where both the victim and the assassin are staying in different rooms. They in fact run into each other several times, but only the killer knows the victim’s identity. Along the way, Maciek falls for a beautiful barmaid, Krystyna (Ewa Krzyżewska), whose love threatens to thwart his patriotic passions. But Maciek is a faithful and loyal soldier with unfinished business, and this leads to a tragic end, one that symbolizes the uncertainty of Poland’s future.

After an exciting opening, the film levels off into ordinary exposition, but the tension gradually builds again as Maciek pursues his destiny. The suspense is aided by the dynamic performance of Cybulski. At times compared to James Dean or a young Marlon Brando, Cybulski is riveting and dynamic as a rebel bound by honor, but one who’s still searching for a cause. You really start to root for him, which skews the movie’s sentiments solidly toward Polish nationalism. 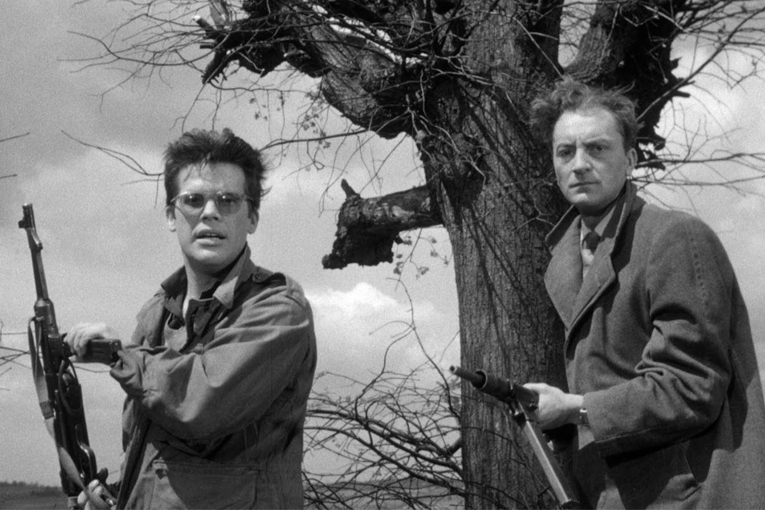 The James Dean reference is not the only Americanism to be found in the movie. Wajda was a big fan of films like The Asphalt Jungle, and revered the work of directors William Wyler, John Ford, and Orson Welles. You can see this in the use of high contrast, deep-focus/depth-of-field cinematography, and scenes shot from low camera angles, which allow the ceilings of the sets to be seen. Astute viewers will notice other similarities to American and French film.

Criterion’s transfer of this 1958 black-and-white classic is excellent. The important devices used by cinematographer Jerzy Wójcik are presented with great detail and superb contrast. The audio is robust, and the subtitles are crisp and easy to read.

The extras are few and of variable quality. The audio commentary by film scholar and teacher Annette Insdorf is a bit dry, but it’s one of the best I’ve heard in terms of being screen-specific. Insdorf also helms a video essay that discusses the movie in great detail; also included is a 2005 program featuring an interview with Wajda, second director Janusz Morgenstern, and film critic Jerzy Płażewski. An informative booklet essay by film scholar Paul Coates rounds things out. 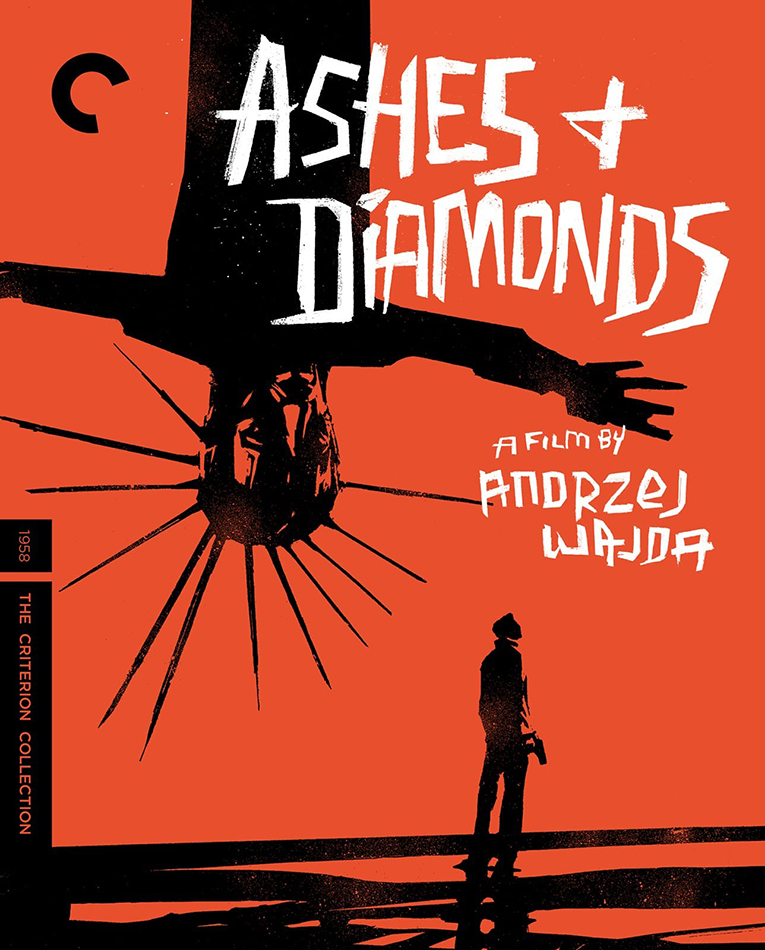 Ashes and Diamonds is a taut political thriller. It is brilliantly acted, directed with a sure hand, and impressively filmed. Criterion has done its usual fine work in bringing it to Blu-ray Disc.

Be sure to look for: A great example of deep-focus cinematography occurs when Maciek discovers that he has killed the wrong man. He is seen in the foreground right in a phone booth, delivering news of the successful completion of the mission to his boss just as his intended victim bursts in through a door in the background left, announcing to the audience that he is in fact hale and hearty.