High-end audio thrives on controversy, and recently, when the Wall Street Journal published an article titled “Why Vinyl’s Boom Is Over,” it got plenty. The high-end audio press attacked the author’s article, WSJ staff reporter Neil Shah. It’s an infuriating piece that presents as fact statements that are little more than opinion. But while it’s depressing that the editorial staff of the WSJ (who are not the same people responsible for the paper’s notoriously provocative editorial page) let this one through, the article does raise a couple of issues that vinyl-loving audiophiles should ponder. 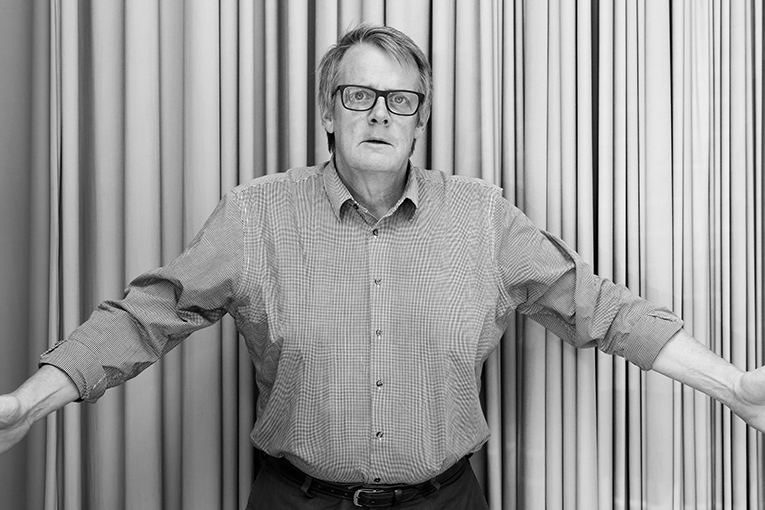 Shah claims that vinyl sales are plateauing largely because “the quality of new LPs often stinks.” Shah blames most of this purported stinkiness on the use of digital files as the source of audio for most vinyl releases of new music. “These digital files are often loud and harsh-sounding, optimized for ear-buds, not living rooms,” he says.

Of course, the vast majority of today’s new vinyl enthusiasts are people who buy inexpensive, mass-market turntables and obviously aren’t all that fussy about sound. But Shah’s right in that most of today’s new vinyl records are made from digital masters. “Most of the new things [i.e., vinyl mastering projects] we do are digital,” said one of the world’s best-known mastering engineers, Bernie Grundman, speaking in July at an Audio Engineering Society panel titled “Vinyl Is Back -- Who Makes It Sound So Good?” 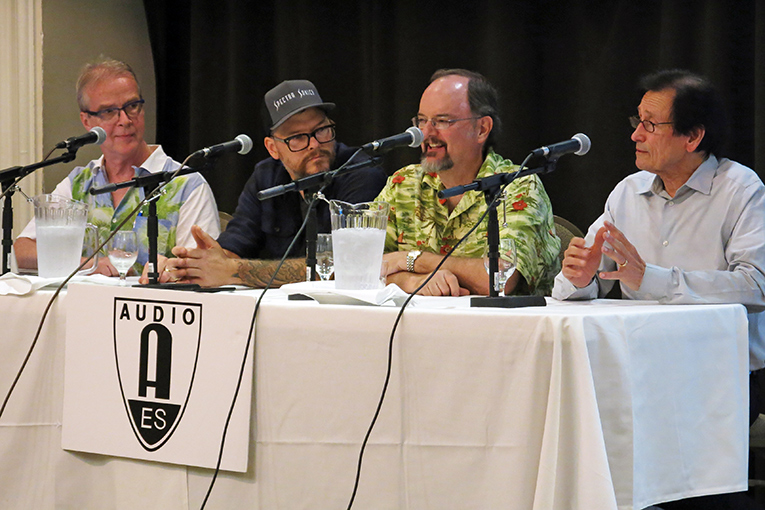 The “Vinyl Is Back -- Who Makes It Sound So Good?” panel, from left to right: moderator Peter Doell; panelists Pete Lyman, Kevin Gray, and Bernie Grundman.

There are two reasons most new records are made from digital sources. First is that digital is far more practical. While there has been a mild resurgence in analog reel-to-reel recording, it’s more a hobby for audiophiles than a tool for the daily use of professionals. “It’s not just that finding a reel-to-reel deck in good condition is hard,” Elan Mehler, cofounder of Newvelle Records, a label that sells LPs by subscription, told me, “but most recording engineers haven’t used one of those in years, if at all.”

The second reason -- the one Shah apparently didn’t dig deep enough to uncover -- is that digital masters, despite the claims of some audiophiles, can produce at least as good a result as analog masters. Mehler’s projects, which include such sides as saxophonist Noah Preminger’s Some Other Time and bassist Ben Allison’s Quiet Revolution, are mastered for vinyl from high-resolution, 24-bit/88.2kHz digital files, and no one could seriously argue that they are sonically flawed.

The mastering engineers on the AES panel agree. “I’ve got stuff from 24/192 that sounds every bit as good as an analog master,” said Kevin Gray, of Cohearant Mastering, in Los Angeles.

“The digital could sound better, depending on the condition of the analog master,” Grundman pointed out.

When Shah criticizes digital masters as “often loud and harsh-sounding, optimized for ear-buds,” he’s repeating misconceptions common among people who think they know a lot more about audio than they really do. First, there’s nothing inherently “loud” about digital audio. He’s confusing dynamic-range compression, which is done in both the analog and the digital domains, with something inherent to digital audio. That’s like saying, “Digital sucks because I have a Justin Bieber CD and it’s awful!” No, it’s Justin Bieber who’s awful, not the digital audio technology used to record him. Likewise, despite the impression some audiophiles have of digital being “harsh,” no data support that description -- it’s just an opinion that’s been passed around for decades, almost certainly based on first-generation CD players made more than 30 years ago.

Neither does optimizing the sound of a recording for earbuds have anything to do with whether a recording is digital or analog. I’ve heard audiophiles complain about recordings optimized for earbuds, but that statement is an invention rather than an observation of actual practices. The only thing I’ve ever seen in a studio that comes close to that description is the use by recording and mastering engineers of extremely expensive, custom-molded, in-ear monitors with multiple balanced-armature drivers for each ear -- and those would make perfectly suitable mastering tools. If an engineer wanted to optimize sound for earbuds -- by which I assume Shah means cheap, mass-market earphones -- he or she would first have to decide which earbuds, and that would be an important decision. Having measured hundreds of in-ear and earbud-style earphones, I’ve seen far more variance in their response than I’ve seen among loudspeakers. Picking a pair of earbuds to use in mastering your recordings would be like buying a pair of shoes without knowing what size they are.

According to the AES panelists, the reason an LP might sound bad has nothing to do with digital -- it’s poor or nonexistent mastering. “If a title’s expected to sell 2500 copies, it isn’t going to be remastered for vinyl,” said another panelist, Pete Lyman, of Infrasonic Sound, in Echo Park, California.

Yet the limits of the LP format demand different equalization. “It’s a primitive format,” Grundman said. “Toward the inside of the record, where the radius of the grooves is tighter, the stylus can’t fit into the groove at 15kHz and up.” Grundman said the problem manifests itself mainly with women’s voices, which will sound more sibilant as the stylus nears the center of the record.

And as far as the vinyl boom being “over,” the panelists -- who were all aware of the WSJ article -- strongly disagreed. All reported that at least a third of their business is in vinyl mastering. Grundman said that the pressing plants he works with are all two to three months behind.

I remember the first time I heard an LP made from a digital master. It was Ornette Coleman’s Of Human Feelings, recorded live in the studio in 1979 to a then-rare Sony PCM-1600 two-track digital recorder, and released (and purchased by me) in 1982. I recall gasping when I heard how clean the opening electric-bass notes of “Sleep Talk” sounded -- they were free of the three generations of noise and distortion added by a typical analog recording and mastering process. I’d never heard anything like it. 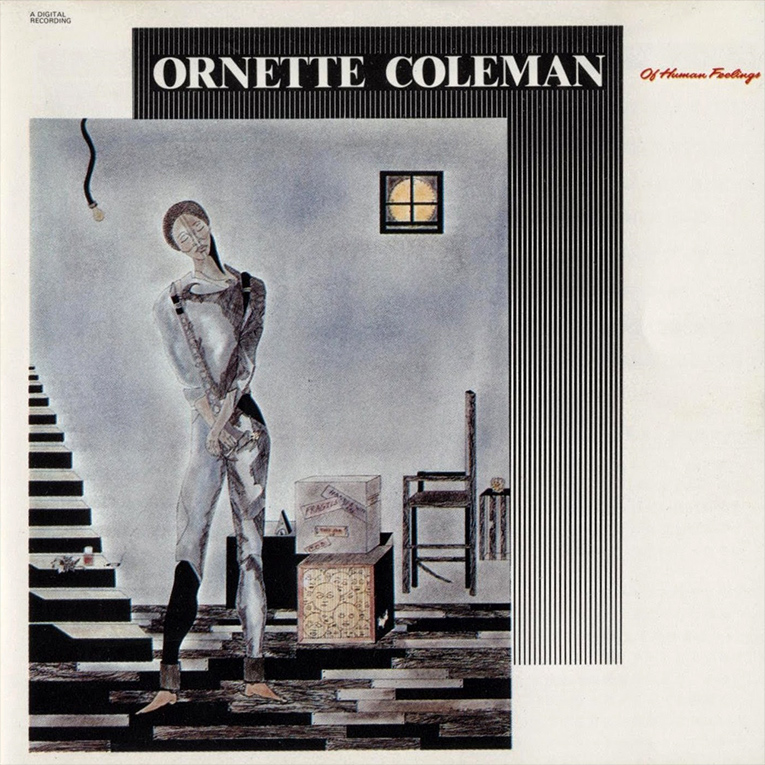 Contrary to assertions that digital is “harsh” or “loud,” or that analog distortion and noise somehow add to the emotional experience of music, digital masters don’t make vinyl worse -- and they may make it better. Seeking out all-analog productions -- made from analog original tapes, mixed to analog tapes, and mastered for vinyl on analog tapes -- is a perfectly fine thing to do, but it’s more of a grail quest than a pursuit of the best possible sound.