Why Simpler Isn’t Always -- or Even Usually -- Better 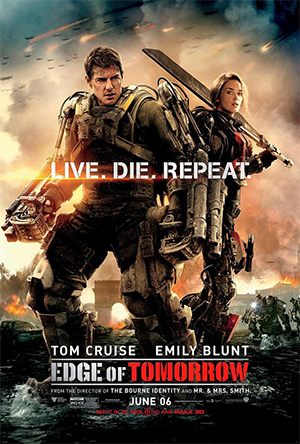 Heard about the new killer on the loose? Don’t worry, it’s only killing subwoofers.

I’m talking about the soundtrack to Edge of Tomorrow. In the film’s first few seconds, high-level tones at 29, 24, and 19Hz in the LFE channel are causing the drivers in some subwoofers to bottom out -- a potentially damaging situation in which the woofer’s voice coil is hurled so far back that it slams against the back plate. Not only have I read Internet reports about this, I experienced it with a subwoofer I was testing. This scary situation reminded me of the old audiophile shibboleth “Simpler is better.”

I first encountered these deep tones while testing a different subwoofer. Although much smaller than the sub that had the problem, this one didn’t emit so much as a single audible chuff of port noise, yet it still gave me the awesome thrill ride that the engineers who mixed Edge of Tomorrow intended. What was the difference? The smaller subwoofer had a fairly steep subsonic high-pass filter at about 20Hz, to attenuate any potentially damaging subsonic tones. It apparently also had a fairly conservative limiter setting that throttled back the sub’s amplifier before it could damage the driver.

Some audio enthusiasts might applaud, in theory, the simpler approach of using a shallower high-pass filter and a less aggressive limiter setting. Some might even say that it’s preferable to have no high-pass filter and no limiter. But I don’t see what’s “musical” or “accurate” about a subwoofer bottoming out.

That’s just one example of a case where “Simpler is better” doesn’t apply. Another is some audiophiles’ bias against three-way speakers. There’s an idea -- I’ve seen it expressed in audio mags for decades -- that eliminating the extra crossover components required by a three-way speaker provides a purer signal path that results in better sound. There might even be something to the notion; I haven’t liked many speakers that use super-steep, fourth-order (24dB/octave) filters in the crossover, and those use a lot more components and a more complex signal path than the more common second-order (12dB/octave) crossovers. But in almost all two-way speakers, the woofer is crossed over to the tweeter somewhere between 2 and 3kHz -- right in the part of the audioband where human hearing is most sensitive. Thus, the speaker will transition from the woofer’s narrowing dispersion to the tweeter’s wide-open dispersion right where you’re most likely to hear it doing so -- and that’s not good.

If the designer of a two-way speaker wants to get more bass by using a 6.5” (165mm) instead of a 5.25” (135mm) woofer, the crossover frequency must be made lower because the larger driver has narrower dispersion at high frequencies. This sends lower-frequency energy to the tweeter, likely increasing the amount of distortion it produces or requiring the use of a beefier, more expensive tweeter.

Two-way speakers that use midrange-woofers of about 4” (100mm) can be crossed over at higher frequencies without running into problems with dispersion or distortion. But of course, they can’t handle low bass -- they need to be used with a subwoofer, in which case you’re back to a three-way system.

I’m not saying that two-way speakers can’t sound great -- many do. But to get high output, consistent dispersion, and low distortion, it’s easier to go three-way. More complex, yes -- and better.

Same goes for speakers that use first-order (6dB/octave) crossovers. This design can be simpler -- sometimes just one resistor, one capacitor, and one inductor -- but again, you run into problems of dispersion and/or distortion that, in my opinion, usually overwhelm any advantage gained by the crossover’s greater simplicity -- unless you use lots of drivers (as in the larger Vandersteens), or spend years designing exotic custom drivers (as Jim Thiel did).

The same often goes for amplifiers. I’ve encountered some amps built without robust protection circuitry. This leaves them vulnerable to damage due to overloads or accidental short circuits, and in their death throes, they can take your speakers with them. Sometimes such protection circuits are omitted in the name of keeping the circuit simple, but I know of no evidence that indicates that protection circuits degrade the sound in any way.

Simplicity in audio systems is often a good thing. But the rule that “simpler is better” is, well, simplistic. The equipment designer and the person who buys the equipment must weigh the advantages and disadvantages that simplicity brings. Only then can they be assured of the best possible sound -- and a system that still works in the morning.