Why Dynamic-Range Compression Is Not the Work of the Devil

As I write this, I’m in the middle of a rambling road trip from Los Angeles to Vancouver, BC, and back. I always relish road trips, because they give me the chance to listen to music for hours on end without interruption -- a treat I rarely get back home, where there are always review samples to return, speakers and headphones that need measuring, and dishes to be done. Between Bend, Oregon, and Yakima, Washington, I put on a recent favorite, jazz saxophonist David Binney’s Lifted Land, which features Binney’s acoustic quartet. And as often happens when I listen to relatively pure recordings like this one in a non-ideal setting, I had to crank up the level to hear the soft parts, then turn it back down so the loud parts weren’t so loud.

I found myself wishing that Lifted Land had used more dynamic-range compression. Most of the times I’ve listened to Lifted Land, I’ve been in transit, either in my car or wearing headphones. Both of these situations are much more common for me now than the old paradigm of listening in the living room. In both situations, dynamic-range compression (DRC) would have improved my listening experience. If memory serves, I’ve listened to Lifted Land just once on my big Revel-Krell stereo system.

This experience made me think back to two blogs I wrote a couple of months ago, in which I reported on research that indicates that: 1) Except in extreme cases, focused listeners don’t necessarily dislike DRC; and 2) Extreme DRC is much less prevalent now than it was ten years ago.

The reactions to my blogs were in some cases vitriolic, with commenters accusing me of not being an audiophile, and calling into question the competence of the researchers. This shouldn’t have surprised me -- the evils of dynamic-range compression have become articles of faith among audiophiles and most of the audio writers whose work they read and trust. They say DRC crushes the life out of the music. They say it’s fatiguing. Yet no evidence of these purported harms is ever presented, outside of anecdotal, uncontrolled, sighted listening “tests,” and waveform plots that can’t tell us what our subjective reaction to a music recording will be. 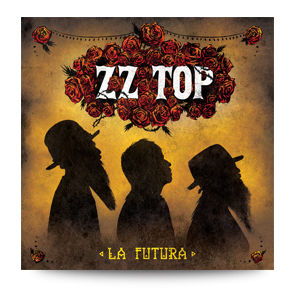 Conversely, the downsides of not using DRC are rarely, if ever, acknowledged. No one ever discusses what’s lost when the flutes or cymbals or violas drop below the level of the noise floor of your surroundings. What’s worse: a reduction in dynamic range, or not being able to hear significant components of the music at all?

Many audiophiles have visited the Dynamic Range Database (dr.loudness-war.info), which grades recordings on a scale of 1 to 20, based on their level of DRC, then lumps them into one of three categories: “bad,” “transition,” and “good.” No subjective assessment is offered, only a measurement. (Funny how this website is enthusiastically embraced by some who insist that audio measurements are useless.)

But some of my favorite recordings of the last few years use lots of DRC. Band of Skulls’ fantastic Sweet Sour rates only 8 in the database, which puts it at the bottom of the “transition” group. ZZ Top’s La Futura -- by many accounts the best album the band has done in decades -- fares even less well, scoring a 7 and dropping into the “bad” group. Wale’s The Gifted, my favorite hip-hop album of the last couple of years, scores a mere 6.

Am I supposed to now dislike these albums merely because some apparently arbitrary measurement scale suggests they’re too compressed? 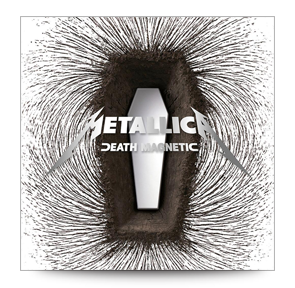 Certainly, dynamic-range compression can be overused, as the example of Metallica’s Death Magnetic shows. But I find it suspicious that this one example is brought out again and again as evidence of the abuse of DRC. And doubly suspicious when I consider how unlikely it is that most audiophiles and audio writers have actually bought this album.

Some audio writers have proposed the idea of creating two mixes for a release: a mass-market mix with whatever levels of DRC the mastering engineer deems appropriate, and an audiophile mix using minimal or no compression. This is a lovely idea, but in most cases it’s economically infeasible. The record label, already struggling to make money selling recorded music, has to pay for at least a few hours more mastering time, and then incur an increase in replication and/or distribution cost -- all to please the small percentage of music buyers who listen through conventional speakers in quiet listening rooms. It’s almost impossible to imagine that any increase in sales from the second mix would offset the additional costs.

What if the same audio writers who propose the two-mix idea were asked to write two different versions of each of their articles -- one aimed at audiophiles, one aimed at mainstream consumers -- for an additional fee of, say, 3%? I can tell you exactly how many writers would take that offer.

I want the engineering decisions made in the recording of the music I buy to be made by the people who create, record, and distribute the music. I don’t want the level of dynamic-range compression to be dictated by beliefs unsupported by any kind of organized testing, and promulgated by audio writers who, in the manner of political pundits, profit by making their audience feel victimized.

When many of the same audiophiles and writers who complain about dynamic-range compression also tout the benefits of single-ended tube amplifiers that struggle to put out 10W, it’s hard for me to take their statements seriously.