The Point People Are Missing About Pono

You’ve probably heard by now about the big splash Neil Young made with his new Pono high-resolution music player at last month’s SXSW show in Austin, Texas. I’ve read a lot of commentary about Pono. Some pundits insist you can’t hear a difference between high-resolution files and CD. Some are convinced you can hear a difference and are thus cautiously -- very cautiously -- optimistic about Pono.

But I think people are missing a larger point here, and it’s a point that many have missed since the rise of high-end audio back in the 1980s or so.

I’m at least happy that a musician with some cred is pushing the idea of sound quality, and is doing it in a way that is actually likely to achieve good sound quality. Of course, Young isn’t the first celeb to tout the importance of good sound. Dr. Dre talked about sound quality when he launched Beats. Then he went and sold colossally bass-heavy headphones that seemed to audio experts to achieve exactly the opposite. Other manufacturers copied that sound, missing the fact that people were buying Beats mostly for fashion, and we ended up with a couple of years’ worth of mostly bad-sounding mass-market headphones. (Fortunately, Beats is now getting more serious about sound.)

While it’s great to have someone like Neil Young waving the flag for sound quality, I think about 98 percent of all listeners would be wasting their money on Pono.

Contrary to popular belief in some audio circles, there are scientific studies that show listeners can sometimes discern the difference between CD-quality audio (i.e., 16-bit word depth, 44.1-kilohertz sampling rate) and high-resolution audio (usually 24-bit/96kHz). Need an example? “Sampling Rate Discrimination: 44.1kHz vs. 88.2kHz,” a 2010 AES paper by two McGill University scientists, showed that listeners could often reliably distinguish between 88.2kHz files and files that had been downconverted to 44.1kHz. And you should hear an even greater difference between 24/96 and the data-compressed digital music files that download services sell, such as the 256kbps MP3 files Amazon offers.

Even so, it’ll be a subtle difference. Enthusiasts might hear it. Or they might not. Enthusiasts, however, usually have audio gear good enough to allow them to hear such a difference.

Most people don’t. The flaws in their speakers and headphones are vastly larger than the flaws in the music they’re playing through them -- even if they’re playing 128kbps MP3s. Anyone but a serious enthusiast will get a much better result by upgrading their speakers or headphones than by buying a Pono and the high-resolution files that play on it. 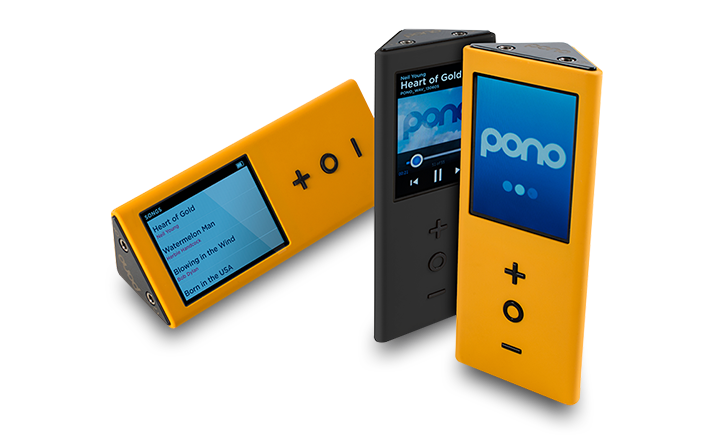 This is not a matter of opinion. I can prove it over and over again.

I’ve conducted and participated in more than 100 blind listening tests of all sorts of audio products and technologies in my 20-plus years as an audio journalist. When you test audio electronics, audio codecs, cables, etc., the differences the panelists report hearing are almost always subtle. Yeah, in sighted, casual evaluations, enthusiasts might say that the Brand B digital-to-analog converter “smokes” the Brand A DAC, but when you match the levels, cover the brand names, and bring in multiple listeners, such gross differences usually vanish.

However, if you test anything involving an audio transducer -- speakers, headphones, soundbars, wireless speakers, or microphones -- listeners tend to report large differences in sound quality, and they almost always develop clear preferences.

Measurements also reveal the huge differences among speakers and headphones, and the relatively small differences among other audio technologies. Measure a bunch of headphones, as I did for the SoundStage! Xperience review of the Audeze LCD-3, and you’ll see huge differences, on the order of 3 to 10dB, depending on frequency. Measure a bunch of amps and you’ll see almost nothing but flat frequency responses. Even the amps that are technically the worst -- usually old-school tube amps -- show at most a roll-off of -1dB or so at 20Hz or 20kHz. Sure, there are other amplifier measurements that may indicate something about sound quality, but to my knowledge, none of them are clearly correlated with specific sound-quality characteristics at normal listening levels.

So I’m happy that Neil Young is trying to raise people’s awareness of sound quality, and I hope he succeeds. But most people would be a lot better off buying a good $300 set of headphones or a good $400 pair of minimonitors rather than spending $399 on a Pono player.