Other than its AC power connection, the latest and smallest member of Harman/Kardon’s Citation line of Wi-Fi speakers is truly wireless. You can send it music via a Chromecast-enabled app, Bluetooth, or Google Assistant -- it has no input of any kind for a wired device. The Citation One seems a bit pricey at $199.95 USD, but Amazon and other dealers offer significant discounts -- even Harman/Kardon currently sells it for $159.95.

The Citation One’s box is of the usual display type with convenient handle. Inside are the speaker, an AC cord, a quick-start guide, and safety and warranty information. The printed material is awful -- in many languages, and in type so small you’ll need a magnifying glass. But the diagrams show you how to connect it and what to look for. 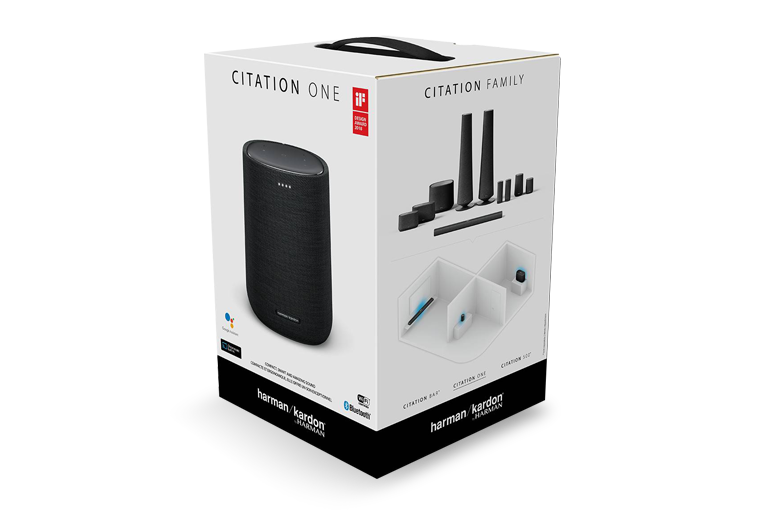 The Citation One is a short cylinder with an oval cross section; it feels sturdy, measures 7.5”H x 5.25” in diameter at its widest, and weighs 4.4 pounds. The vertical surface is wrapped in a wool fabric designed by Kvadrat, a European maker of acoustic textiles. This wrap is available in black or gray; H/K claims it repels dirt and retards flames, and its surface is unbroken save for a small Harman/Kardon logo on the front, at the bottom, and a vertical seam running the speaker’s full height at the back.

On the rubberized bottom plate are a two-pronged inlet for the AC power cord, a USB port for servicing, and a reset button. Molded into the edge of the bottom plate is a notch for the power cord, to allow the Citation One to sit flat on its base.

The matte-finish top plate has apertures for the two built-in, farfield microphones, as well as soft-touch buttons for volume up/down, Bluetooth pairing, and microphone on/off. These surround a center button that alternately acts as a play/pause control or as a way to summon the Google Assistant without having to say, “Hey Google.” 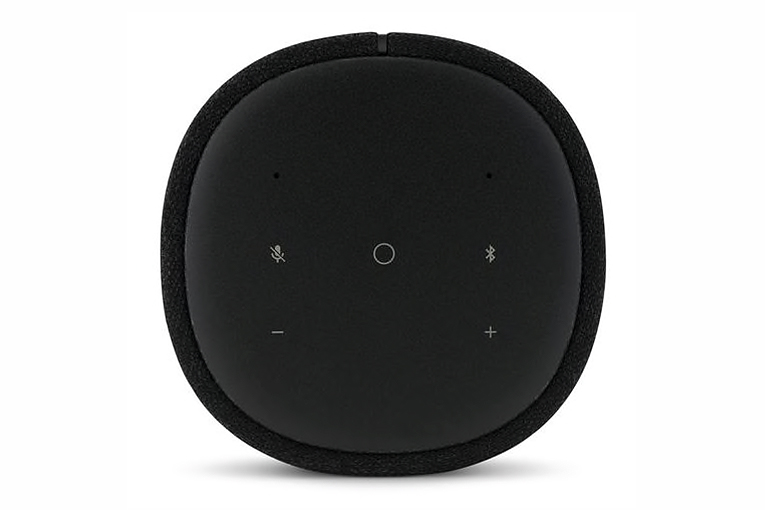 Behind the fabric on the front of the Citation One, near the top, are four LEDs. These indicate Google Assistant functions, but also tell you when the microphone is off, and when a Bluetooth device is paired and connected. Another LED at bottom rear provides very gentle backlighting instead of the glaring spotlight usually found on the front -- a nice touch. This rear LED glows various colors to indicate the status of the Wi-Fi signal: green for “Excellent,” yellow for “Recommended,” and red to let you know that the signal is weak or nonexistent, or the Citation One is disconnected.

The Citation One is a monaural speaker with two front-firing drivers -- a 3.5” midrange-woofer and a 0.75” tweeter, both powered by a 40W amplifier -- and, on the rear, a passive radiator. Compatible with Bluetooth 4.2, it supports AAC, MP3, Ogg Vorbis, WAV, FLAC, and Opus. Via Chromecast Wi-Fi streaming, it can support resolutions up to 24-bit/96kHz. And, because Chromecast is built in, via the Chromecast app two Citation Ones can be paired for true stereo sound, or additional Ones placed throughout the house for a multi-speaker system playing the same or different channels. 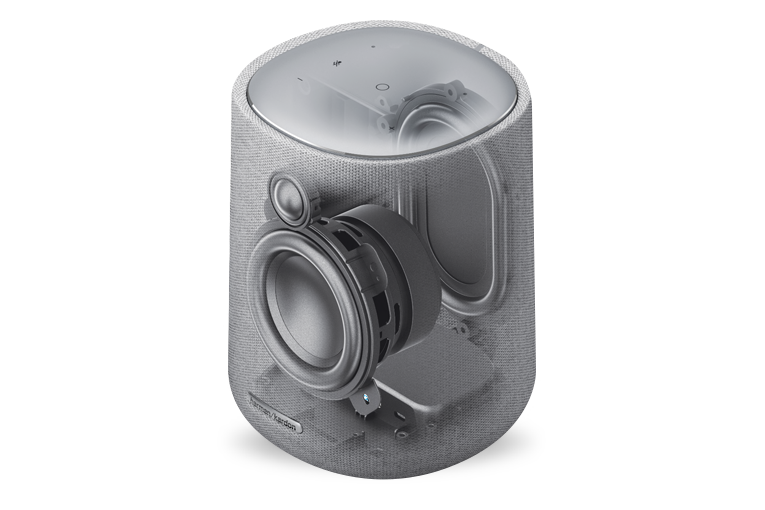 After you plug in the AC cord and wait for the appropriate connection sounds, open the Google Home app on your device. After Google has searched for and found the Citation One, tap on its name and you’re connected to the Internet. The app will then guide you through a few setup procedures, such as sampling your voice to ensure that the Citation One will hear and obey your commands.

I found that the Citation One was about 95% accurate in understanding my commands when no music was playing, but when the music was loud I had to shout before Google Assistant heard me, and even that didn’t always work. (The Google Home Mini worked much better in this regard.) I liked the H/K’s soft-touch controls, though they took a while to get used to -- most controls I’ve encountered require more pressure.

Chromecast worked without a hitch when I used the Google Music app, and Bluetooth operation was simple. All I had to do was tell the Citation One to “turn on Bluetooth” and it would appear on my device. Once I’d tapped that, I was connected. 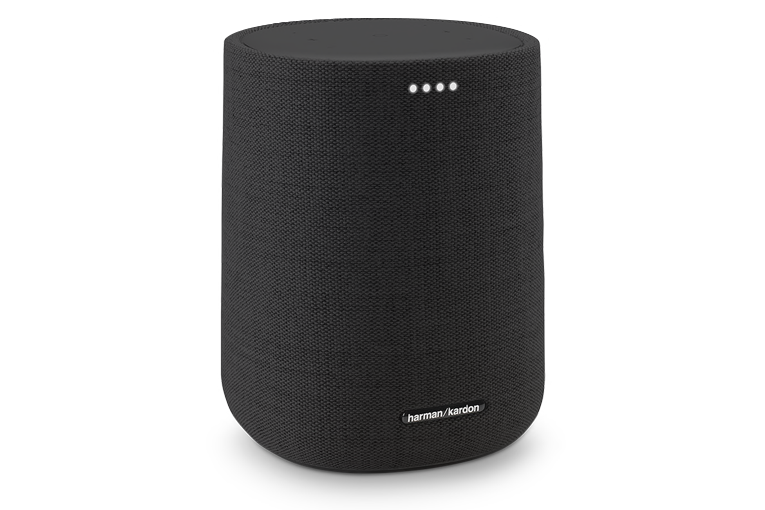 I found Google Assistant very useful. It will depend on the equipment you have, but I was able to set up a connection with my Harmony universal remote control’s hub -- that done, I could just say, “Hey Google, turn on the stereo,” and all the appropriate components would power up. This proved especially useful at the other end of a listening session -- my hands might be full as I left the house, but a simple voice command of “Hey Google, turn off the stereo” shut everything down. The possibilities are effectively endless, depending on what you want to connect. Even if you connect nothing, you can still ask Google Assistant what the weather is like, how far New York City is from your home, or the result of 1.6 divided by 2. With the Assistant’s assistance you can also get and cook up recipes, step by step. And you get over ten variations of choices of Google Assistant voice, male and female.

Though I didn’t try this, you can also program Google Assistant to perform a daily routine. “Hey Google, good morning” could turn on the coffee maker, give you the time and weather, and play the music of your choice. In general, if your device can connect to the Internet, it can partner with Google Assistant. 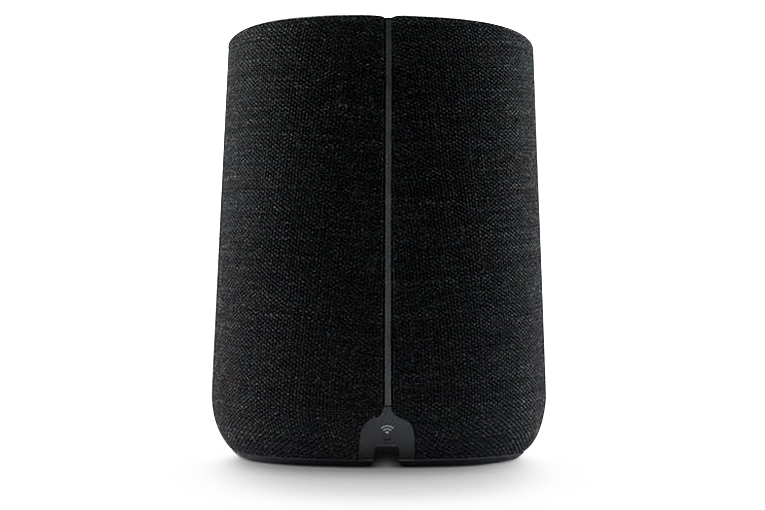 I was skeptical about the usefulness of voice-controlled speakers. Now I’m a believer.

The little Citation One could play at a fairly high volume, and was a bass lover’s dream -- it pumped out bass that I could feel when I wrapped a hand around the speaker. It went into audible distortion at the very highest volume level with bass-heavy music, but most of the amusical vibrations I heard ended up being produced by the surface the speaker sat on, not the speaker itself. Be sure to place the Citation One on something solid.

Other frequencies were more balanced, and not easy to make distort. There was good midrange presence, and the highs almost sparkled, but the bass could sometimes drown those out. The Citation One offers no way to adjust its equalization -- you’ll need to use the EQ settings on your source device, or use a third-party app. But overall, the Citation One was the kind of speaker that gives you the thumpa-bumpa you need to get going -- I wouldn’t want to use it for seriously listening to Mozart. 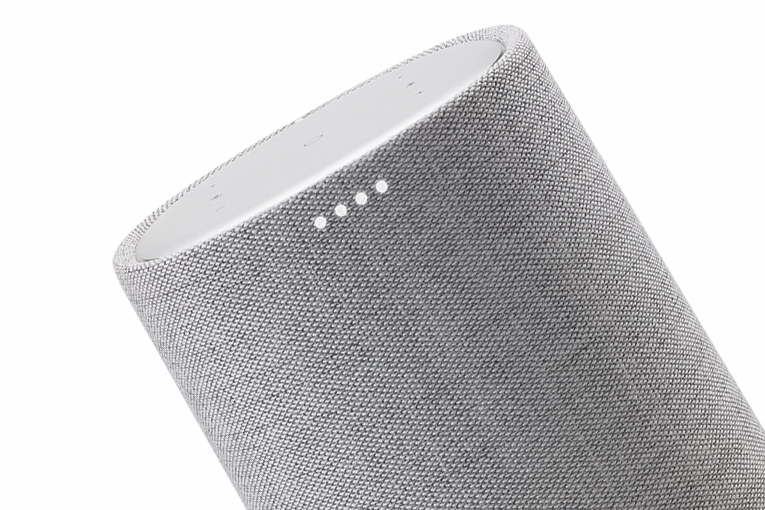 I began writing this review just as Amazon upgraded its streaming music service to CD-quality FLAC or higher resolution. So instead of just my usual library, I did most of my listening with selections from Amazon Music HD. I feel this is the way most people will use the speaker.

The bass line of Billy Joel’s “Shameless,” covered in country-rock style by Garth Brooks on his Ropin’ the Wind (16-bit/44.1kHz FLAC, Capitol/Amazon Music HD), was powerfully audible through the One, but Brooks’s voice remained clear -- I heard every little breath, hiccup, and gravelly growl. The electric-guitar riff two-thirds of the way in had real sizzle that extended seamlessly from the midrange into the higher registers.

Turning to country without the rock, I sampled “Highwomen,” the first song on The Highwomen (16/44.1 FLAC, New Elektra/Atlantic/Amazon Music HD). The Highwomen are Maren Morris, Brandi Carlisle, Amanda Shires, and Natalie Hemby, and this track is a new version of Jimmy Webb’s famous song “Highwayman,” with effective new lyrics, from a woman’s point of view, by Carlile and Shires. As impossible as it may sound to read here, everything worked for a poignant listening experience. The women’s voices came across fine through the Citation One, but the too-prominent bass in the instrumental break muddied the clarity a bit.

“Rhiannon,” from Fleetwood Mac (16/44.1 FLAC, Warner Bros./Amazon Music HD), at first seemed to benefit from having a bit more bass, especially since that bass was so well focused through the H/K. Sadly, as the music progressed, the sounds of Mick Fleetwood’s drums were muddied by the bass-heavy tonal balance.

In Antonio Carlos Jobim’s “Desafinado,” from Stan Getz and João Gilberto’s Getz/Gilberto (16/44.1 FLAC, Verve/Amazon Music HD), Tommy Williams’s very powerful plucked notes on double bass set some of my candleholders rattling. Still, with this track the Citation One’s bass was fairly clean and focused, and didn’t muddy things at all. I suspect this was because the scoring was so sparse.

Classical music, especially orchestral, generally had far too much bass, and therefore damped any audiophile hopes I may have had for the Citation One. Solo guitar and piano fared no better.

If you’re looking for a Wi-Fi, voice-controlled speaker for casual listening and Google Home features, you can scarcely go wrong with the Citation One. Sure, its sound is bass heavy, but many people like that -- even I do at times, especially when the music is in the background. Google Assistant was fun from the get-go, and proved more useful the more familiar I became with it. But be sure to set the Citation One on a nonresonant surface; otherwise, its solid, often overwrought bass will bring out the latent rattling qualities of anything in its vicinity. Pretty impressive for such a little guy.