I hadn’t heard much about Acoustic Research in a long time, though the name was very familiar. When I was in college, every other student who was on a budget but appreciated great sound had Acoustic Research AR-3 bookshelf speakers. These used an acoustic-suspension design that produced amazing amounts of bass from a small box. Then AR produced an affordable ($78!), high-quality turntable, the AR-1 -- a belt-driven design that greatly reduced acoustic feedback. Since then, AR speakers and turntables have only appreciated in value, as collectors continue to seek them out. 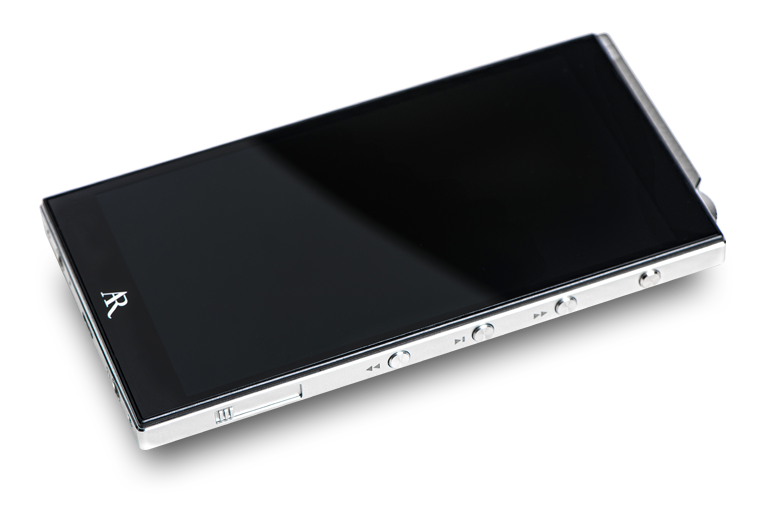 But in 1967 AR was sold to Teledyne, which sold it on to Jensen Electronics in 1989. In 1996, Jensen and AR were bought by the Recoton Audio Corporation. Finally, in 2003, Audiovox (now Voxx International) acquired Recoton’s US audio operation, and now has launched the AR-M2 digital portable music player. It may re-establish AR in the same way that the company’s speakers first put it on the map in the 1950s. If you want a player that sounds terrific -- incredibly terrific -- you want to hear the AR-M2. It has some warts, but if you can put up with them, the AR-M2 offers spectacular sound at a surprisingly low price of $1199 USD.

In the box and all that good stuff

I can’t tell you much about the AR-M2’s retail packaging -- review samples are shipped in a virtually indestructible Pelican 1120 case. Included is a USB-to-USB Micro charging cord, with various adapters to make the player work with different wall sockets and electrical systems. There’s also a drawstring soft case, and a quick-start guide that refers you to the complete manual, available online. 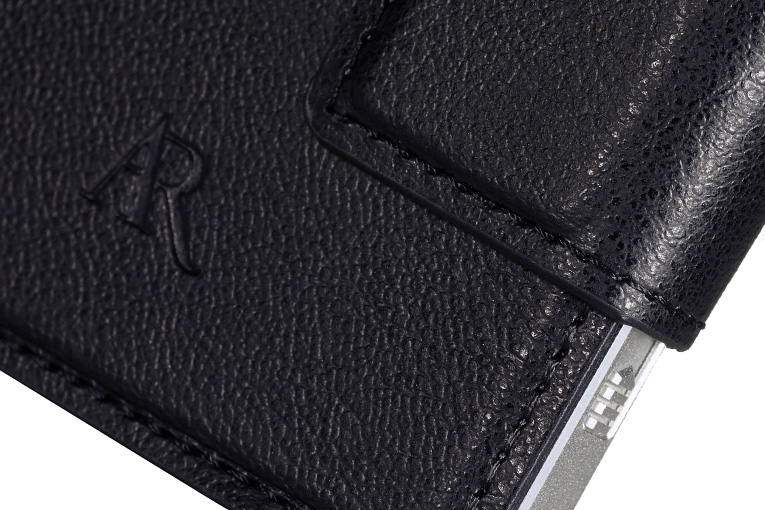 For a portable player, the AR-M2 is large and heavy, measuring 5 3/8”H x 2 7/8”W x 3/4”D (including case) and weighing 9.8 ounces. Those dimensions vary slightly from those listed on AR’s website (5.35”L x 2.76”W x 0.59”D), but I measured the review sample with a ruler and a sharp eye. The units shown on the website are nude, but my sample came with a permanently attached cover of stitched faux leather with a 1”-wide magnetic closing tab an inch from the bottom. The case is offered as an accessory; also available is a case of genuine leather, though information about it was skimpy at press time. The AR-M2 itself is of silver and black metal and feels solid as a rock; I give it an A+ for build quality.

The AR-M2 has a large (5”) touchscreen display of 1280x720 pixels. Slightly indented at top right is a volume wheel. Along the right edge are four pushbuttons -- power, next track, play/pause, previous track -- and below these a covered port for inserting a microSDXC card. Along the bottom edge are separate 3.5mm output jacks for line out and headphones, and a Micro USB charging port. And that’s it -- simple and neat. 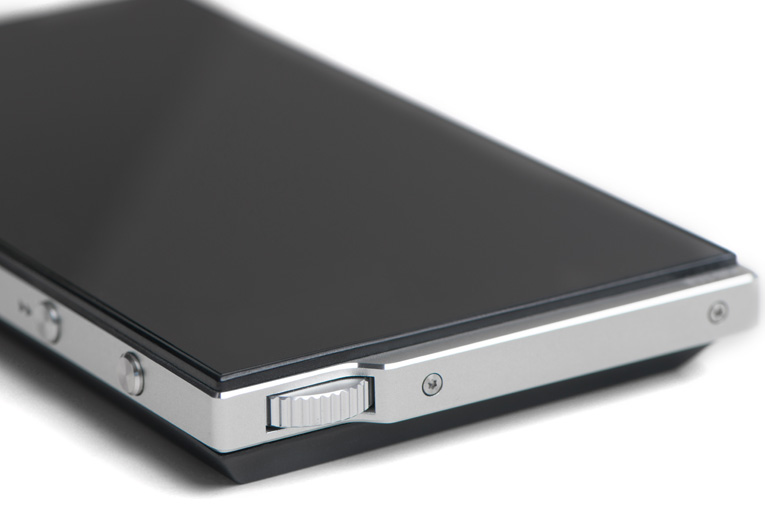 The AR-M2 has 64GB of internal storage, but you can insert a microSDXC card of up to 200GB. You can use the cards simply to increase storage, of course, but I find them also useful for storing specific genres of seasonal music. I have one that contains nothing but holiday albums, another with nothing but Verdi operas, and another with J.S. Bach’s complete organ works.

The extremely versatile AR-M2 can play FLAC, ALAC, WAV, APE, AIFF, MP3, AAC, DSF, and DFF files. Its Burr-Brown PCM1794A DAC supports PCM data up to 24/192, and DSD up to DSD128. It’s equipped with a Burr-Brown PCM1794A DAC and a Texas Instruments TPA6120A2 headphone amplifier configured for class-A operation with 10.6Vpp output. It has a dual voltage-controlled, temperature-compensated crystal oscillator (VCTCXO) and dual operational amplifiers. Its media processor is a Qualcomm Snapdragon 400 MSM8926.

Though its operating system is Android, the AR-M2 uses an app for music that bypasses the Android system for playing downloaded music files. The player can be upgraded with firmware updates. 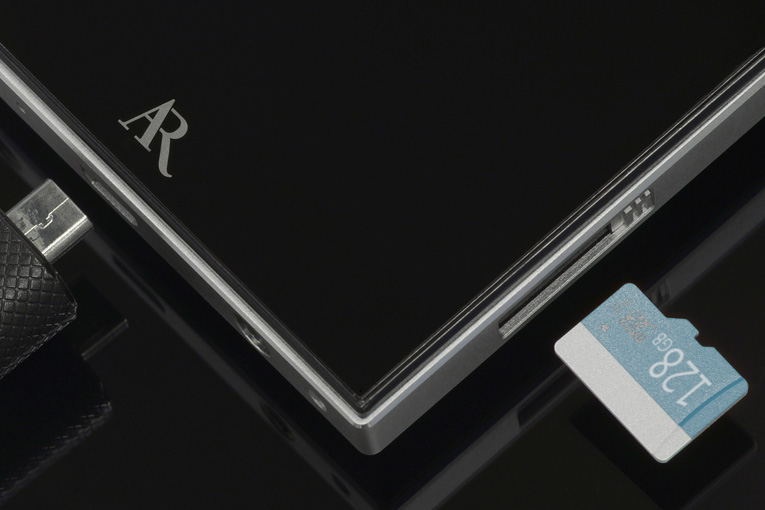 The AR-M2 is Wi-Fi enabled, for use with your favorite streaming services. Mine came preloaded with Pandora, Spotify, and Tidal. Of course, I had to subscribe to and pay for those services; once I’d done so, they worked fine.

The AR-M2 is too big and heavy to comfortably fit in my medium-size hand. Those with larger hands might find it easier to operate, but the small-handed will find it tough going. And it’s too heavy to go in any pocket lighter than that of a suit or sportcoat.

I loved the touchscreen -- it’s bright and well defined, and album covers looked sensational. The Android OS was very smooth, with few of the rough or slow spots during scrolling that I’ve experienced with Astell&Kern’s players. The AR-M2’s touchscreen is one of the most responsive I’ve used. 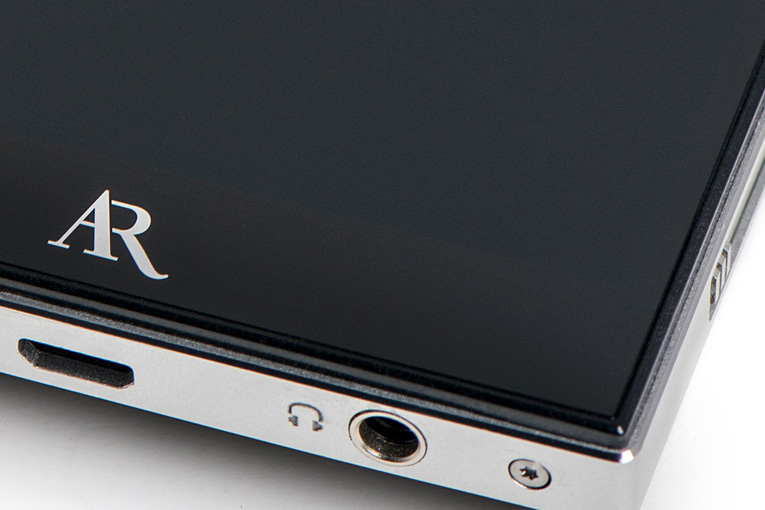 I like that the cable outputs are on the AR-M2’s bottom edge. A&K puts theirs on top, which means that the cables can get in the way of operation. Having them on top, in my opinion, also physically balances their players the wrong way. But this is a matter of choice -- I’ve already read consumer reviews that blast AR for putting the outputs on the bottom.

The battery’s charging time is fairly lengthy: three to four hours. The playing time on a full charge is claimed as seven to nine hours, depending on format, which I found a little skimpy -- but to have ample power for powering headphones, it seems necessary.

For what I’m about to describe, most people will be willing to forgive the problems in use mentioned above. Often, I strain to tell whether the sound of a product I’m reviewing is different from or better than what I had in the system before. But the AR-M2’s sound instantly dropped my jaw. The transparency and solid placement of sounds on the soundstage alone boggled my ears, but what I found totally astounding was the way the AR handled high frequencies. Listening to Mahler’s Symphony No.6, with the Duisberg Symphony conducted by Jonathan Darlington (24-bit/96kHz AIFF, Linn/Acousence Classics), I thought the sound extremely warm yet transparent, though at first the highs seemed odd. Then came that first shimmering cymbal crash, and it was like the sun rising. The highs were there, and they were sweet, secure, and scintillating -- but they weren’t there unless they were in the recording. Nothing was added and nothing taken away. Totally natural. The Duisberg Symphony had impressive weight when playing tutti, with perfect balance from top to bottom, and enough transparency that, in the opening, I could clearly pick out the snare drum from the buzzing strings. 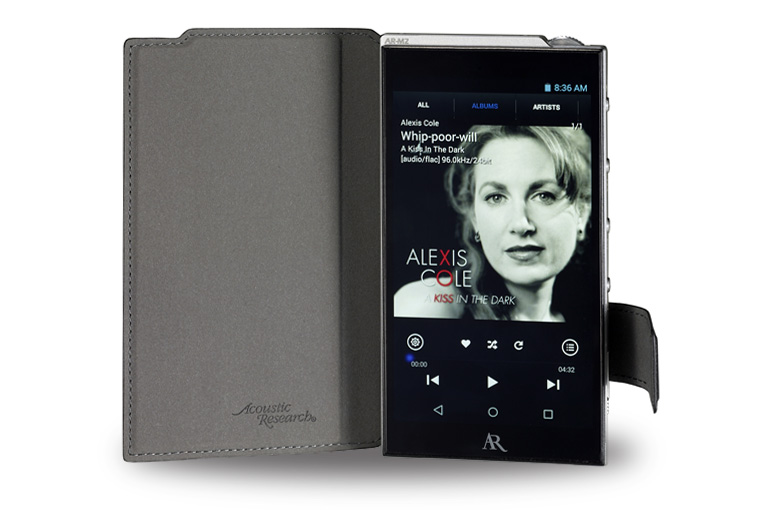 One of the few 24/192 downloads I have is of Kent Poon’s Audiophile Jazz Prologue III (24/192 AIFF, 30IPS). When I played the first track, “You’ve Got a Friend,” I was sure happy I owned it. Marcia Seebaran’s silky voice sounded so natural that I sensed no involvement of a microphone, even though I knew there had to be some; Peter Scherr’s double bass had a comparably natural sound, as did Kenneth Rose’s guitar. With the Mahler and AJP3 recordings I switched between my main speakers and AudioQuest NightHawk headphones; both sounded wonderful in slightly different ways. The headphones let me hear more into the ensemble, whereas my MartinLogan speakers let me hear the ensembles in front of me with entirely realistic and identifiable subtleties. The AR’s Burr-Brown DAC proved superior to any DAC I had on hand.

AR included a preloaded version of Michael Jackson’s Thriller (DSD64, Epic/Acoustic Sounds), and listening to the title track was a real audiophile trip. All of those spooky sound effects, creaking doors, and footsteps at the beginning and end were more detailed than I’d remembered them, and Jackson’s voice revealed many subtleties that I hadn’t heard from other editions of this album. 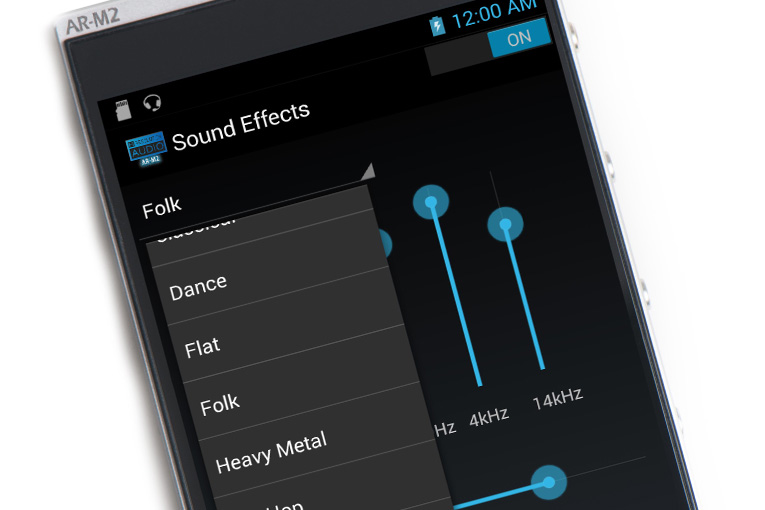 The last time I remember being this happy with recorded sound was when I reviewed the Astell&Kern AK240 ($2499). And even though it costs $1300 more, the AK240 is probably the best comparison for the AR-M2. The A&K fits better in the hand, and has digital and analog outputs through the same jack (the AR-M2 has only analog), but I found the sound of the AR-M2 more appealing due to its completely natural high-frequency reproduction. Try to audition both, if that’s possible. The AR-M2 is heavier in the hand but lighter on the wallet, and that sound . . . well, you see the dilemma. For now, you have to take the magnificent sound with some ergonomic warts.

If you don’t carry your music player in your pocket, but use it primarily at home or on long commutes, the AR-M2 should add a lot of quality to your life as a traveling audiophile.