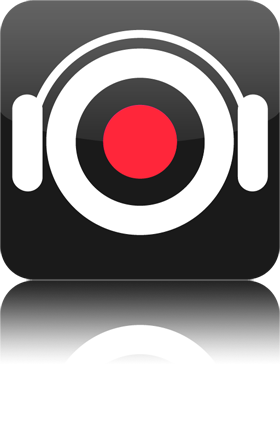 Because I have so many recordings and often little time, I hadn’t tried any of the music streaming services. But I swore to myself that I would try MOG, as soon as they’d enabled streaming to my Logitech Squeezebox Touch Wi-Fi music player. As more high-resolution downloads have become available, the Touch has become the heart of the audio portion of my audio/video system. But the minimum resolution of everything I listen to through the Touch is CD quality: 16-bit/44.1kHz. MOG was better than most streaming services, at 320kbps, but not quite there. Would I be happy with the sound quality?

I set up MOG on my computer, first downloading the software, then choosing one of two account options: Basic ($5 USD per month) allows you to stream to your Squeezebox or other supported device (MOG is rapidly expanding the number of devices it supports); Primo ($10/month) allows you to stream to portable devices (such as your phone or iPod Touch), download an unlimited number of songs to your personal music player, and synchronize your Web and mobile playlists. Or you can take advantage of MOG’s free trial period, which provides basic streaming, but the Basic and Primo subscriptions are such good values that I see no risk in jumping right in. There are also Facebook features, with which you can communicate with friends about music, swap playlists, etc.

To connect MOG to my Squeezebox Touch, I downloaded the free MOG app from Logitech’s website. I hit a snag and had to call Squeezebox support for help; together, we quickly resolved the problem, and in what seemed like no time the MOG menu appeared on my Squeezebox’s display. From that point, navigating MOG was very like accessing my iTunes Library. The albums were displayed in the same way, with an image of the cover (very sharply reproduced -- bravo MOG!), the title, and navigation features such as Play/Pause and Skip Forward/Back.

MOG claims to provide “14 million songs” or tracks, and thousands of albums. When you search, you’re given suggestions. Click on the one you’re looking for and you’ll see all the albums and songs available by that artist. Looking for Fleetwood Mac, I hadn’t typed more than “Fleet” when the search engine brought up listings by Fleetwood Mac, as well as a few by Fleet Foxes. I scrolled down to Rumours, the album I wanted to hear, pressed Play, and it started immediately.

You can also search on album title. When I typed in “Rumours,” up came a list headed by the Fleetwood Mac album, followed by four or five other records of the same title, and after that a bunch whose titles included rumours. It’s fun to enter a song title and see what happens. I tried “The Chain,” and found live and studio recordings by Fleetwood Mac, but also a pounding, ponderous version of the song from Three Days Grace, as well as an entirely different song with the same title.

MOG has several browsing modes, with more on the way. For now, you can browse by New Releases, Charts, Editors’ Picks, Today’s Radio Picks, Featured Playlists, and Just for You, the last a list of suggestions compiled by an MOG algorithm, based on titles you’ve recently listened to. You can also make your own playlists, save your favorites, then browse those categories as well. Soon, you’ll also be able to browse by genre or record label.

Perhaps the neatest thing about MOG is its Radio feature. Click the Radio icon for a particular artist and you’re given a playlist that ranges from songs by only that artist, to mixing in a few “like” artists, to more “like” artists, to only “like” artists. If I like Fleetwood Mac, for instance, what other groups or singers might I like? I find this helpful in getting to know new musicians. I tried Glen Campbell, and as I changed the setting, Radio at first mixed in Kenny Rogers, John Hartford, and Merle Haggard, then gradually added more and more “like” artists, until the list was mostly “like” artists, with only a few cuts by Campbell himself. I tried this with several different artists, and the lists of “like” music were pretty much right on cue.

The visual ads on MOG are aimed mostly at pop and rock fans, but its vast library of recordings contains much more. I did some jazz searches and was very pleased at the number and quality of the albums that came up. There are 40 albums listed for Bill Evans alone, pretty much covering his entire career. There are many fine classical albums as well, but how they’re listed needs to be improved. I loaded a recording of Rachmaninoff’s Piano Concerto No.2 by Hélène Grimaud, only to find that it had six tracks, instead of the usual three for its three movements. It turned out that the original CD release also included Ravel’s Piano Concerto in G (tracks 4-6), but this wasn’t noted anywhere that I could see.

At this point, your best bet for finding classical music on MOG is to enter a composer’s name in the search box, then look at the resulting list of “albums.” They all have covers, and you can pretty much figure it out, but the information is spotty: You might be given the title of the composition, but not who’s performing it. But the surprises you can find are real treasures. I clicked on a Herbert von Karajan Beethoven cover and found that it represented all nine symphonies.

I mentioned MOG’s lightening-fast speed in accessing titles and tracks. Well, all of MOG is like that: fast and accurate. Almost all of it is user friendly, except for the classical listings, which need to be redone by someone who actually knows something about the genre and will thus know what’s important to classical aficionados, and how they look for specific recordings.

But what about the sound quality of 320kbps? It was good enough for anything on my iPod Touch. MOG’s normal rate for personal music players and phones is 64kbps, but for units using the Wi-Fi network, such as my iPod Touch, there’s an option to raise the rate to the full 320kbps. MOG claims to be the only streaming service to offer so high a bitstream.

Classics Online, from Naxos, also streams at 320kbps, and provides its press contacts with downloads at that rate. It works splendidly with some recordings, not as well on a small percentage of others. In the last movement of that Rachmaninoff concerto by Grimaud, for example, everything was as crisp and clear: there was a good balance of piano and orchestra, and excellent clarity in the tuttis, which are capped by shimmering cymbal crashes. On the other hand, pianist and conductor Stanley Black’s recording of Gershwin’s An American in Paris, with the London Festival Orchestra (CD, Decca 448 953), sounded pretty gritty in the louder passages. Admittedly, some of that must be from the mastering, but I think some of it might have been due to the lower bit rate. It’s almost as good as CD, and very much like listening to really good FM radio.

I like MOG a lot. It gives me unlimited streaming of millions of tracks. It’s really helpful in letting me hear new titles and finding music by similar artists. Some day (soon?), when MOG upgrades to CD quality or beyond, it will be one of those ringing the death knell of the Compact Disc. Even now, it provides incredible value for the dollar. In my case, just the Beethoven symphonies and the 40 Bill Evans albums are worth far more than the monthly charge. And the sound quality, for now, is pretty good. The future is coming, and MOG is already almost there.

Like it or not, the world is changing. In the near future, music and movies will come to our media rooms mostly by download. We’ll have subscriptions, similar to those now available from MOG, that will cover all our needs. But as yet, no one has been able to answer one question: What will we do with all our empty shelves?