I have a self-imposed rule when assigning stars for albums I review for SoundStage! Xperience or on my other gig at DownBeat magazine: As a service to consumers, I deduct half a star if the artist provides less than the 45 minutes of music I would expect on a typical album without discounting the retail price. 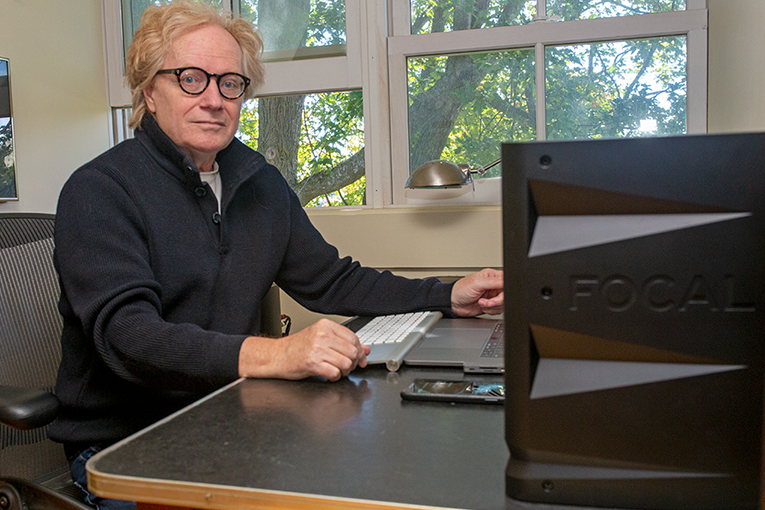 This won’t be a surprise for anyone familiar with the Chicago native’s long career. A drummer who was educated at the American Conservatory of Music, where he majored in piano, flute, and composition, Threadgill furthered his studies under the tutelage of the estimable Chicago pianist-composer Muhal Richard Abrams. But, while hometown peers like Anthony Braxton, Lester Bowie, Roscoe Mitchell, and Joseph Jarman were organizing various units under the auspices of the Association for the Advancement of Creative Musicians, Threadgill took a left turn, joining the US Army and doing a tour of duty in Vietnam with the Fourth Infantry Division Band. Despite his musical role, he was wounded in the devastating Tet offensive of 1968.

On his return to the US, in 1969, Threadgill moved steadily forward, developing his highly percussive version of free jazz, and seldom followed any expected path. His first substantial band was Air, a trio with Threadgill on sax, bassist Fred Hopkins, and Steve McCall on drums. Over the course of more than a decade—from 1975 to 1986—Air released some of the most captivating and novel music of the time, including a revolutionary reworking of the ragtime compositions of Scott Joplin and Jelly Roll Morton. Often featuring Threadgill performing on an array of discarded car parts that he called a hubcaphone, Air was a decidedly divisive band for many listeners. At a 1983 concert later released as Live at Montreal International Jazz Festival, the trio—now called New Air and featuring Pheeroan akLaff on drums—drove streams of people out of their seats and up the aisles, while those of us who were enjoying it moved ever closer to the front to fill in the vacant seats.

New Air went on to record two additional albums, but by that time, Threadgill was more focused on expanding the range of instruments he used. 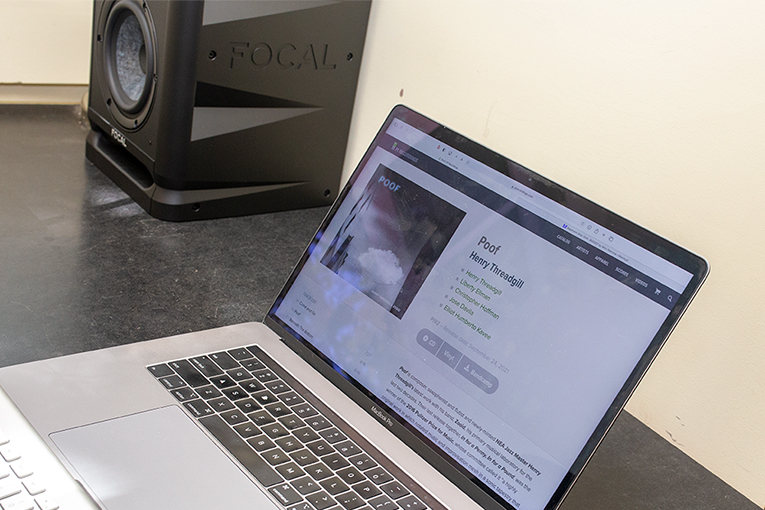 One project, X-75, was a nonet that included four bassists. Another, the Henry Threadgill Sextet, was actually a septet, but the leader insisted on writing for his two drummers as one instrument. A few years later, he reformed the band—this time calling it a “sextett” as a sly nod to his contrarian thinking. As well as including unusual combinations of cellos, tubas, and reeds in these bands, Threadgill attracted several of the most exciting voices of the time, including trombonists Ray Anderson, Frank Lacy, and Craig Harris, cellist Diedre Murray, and cornetist Olu Dara.

In the ’80s, he formed Very Very Circus, an ensemble that featured two electric guitars, two tubas, French horn, and drums, and was one of the frontrunners in broadening the fan base for improvised music. Other combinations of musicians, including Make A Move and Double Up, followed, but his Zooid band has lately been his main vehicle for recorded projects, and stands apart for performing the music on In for a Penny, In for a Pound, which, in 2016, made Threadgill just the third jazz composer to be awarded the Pulitzer Prize.

As a fully acoustic group, Zooid is an ideal canvas for Threadgill’s sonic palette, allowing him to create tension between Ellman’s guitar and Davila’s tuba, focus attention on Hoffman’s highly textured playing, or slap down an exclamation point with a single, quavering note on his plangent alto.

It’s music that demands close attention, and pays dividends if you have a setup that permits you to explore every crevice and surface.

Like so many people who have stopped commuting to the office since the advent of the pandemic, I have been slowly tweaking my home office space to make it fit my current needs. One of the elements I’ve been reconsidering is the set of desktop speakers I use on a daily basis. Occasionally, I get frustrated with their lack of clarity and depth, yet it seems like overkill to switch to my Q Acoustics 3050i floorstanding speakers. Those demand volume to make them sing, so you crank it up, and move to the better chair . . . and then there’s no work getting done. 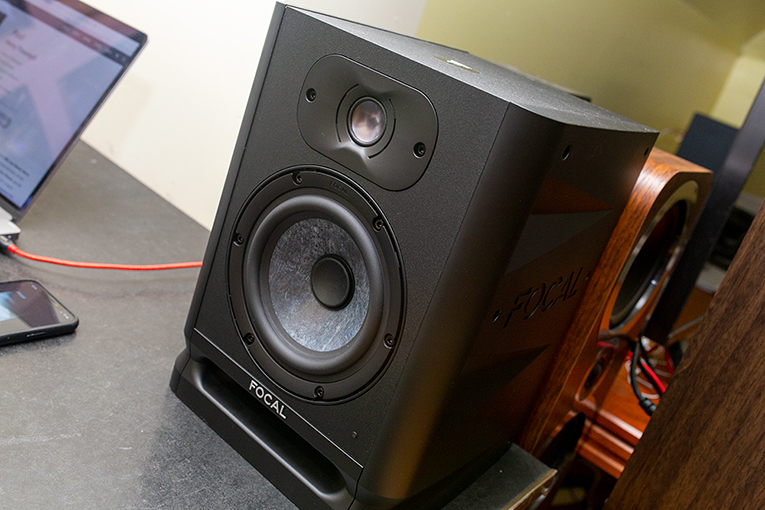 Combining equipment research and music reviewing, it made sense to pair Poof with Focal’s Alpha 50 Evo studio monitors ($698/pair, all prices USD) and hear how all that sonic detail sounded in the nearfield. It’s also a good match; although Zooid is an acoustic ensemble, the soundstage is pretty dry. My first few runs through Poof were via headphones, and I got very little room feel. That’s not necessarily a criticism; for Threadgill’s music, a dead room makes sense. He favors sharp turns and sudden stops, and his own solos are extremely vertical. The lack of reverberation is an ideal fit.

A French manufacturer, Focal has an extensive line of professional-grade studio monitors, to which the 50 Evo and its bigger sibling—the Alpha 65 Evo ($898/pair)—are the latest additions. 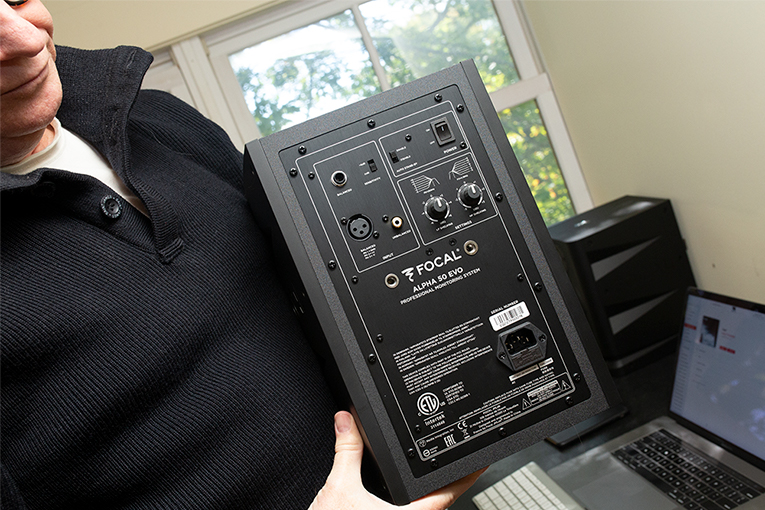 The frequency response of the Alpha 50 is rated at 45Hz–22kHz (+/-3dB), and adjustments can be made to tweak the input sensitivity, and the low- and high-frequency shelving to suit room acoustics. The Alpha 65’s bass response is said to extend 5Hz lower.

As a pro product, the Alpha 50 Evo looks the part, with a 12.2″H × 9″W × 9.4″D cabinet made from 0.6″-thick MDF and finished with black vinyl and paint. Each speaker weighs 13 pounds. The rounded edges and dramatic side scoops give the speakers an appealing look, sitting on my desk.

In addition to the controls for sensitivity and shelving, the back panel of each speaker has a balanced XLR input, a balanced 1/4″ TRS input, a single-ended RCA input that allows you to connect an unbalanced signal source, and a three-prong IEC power inlet.

I used a generic RCA cable to run each speaker back to the Pre/Sub Out jacks on my NAD D 3045 integrated amplifier-DAC, and hooked up the amp via an AudioQuest Carbon USB cable to my MacBook Pro laptop, where the 16-bit/44kHz sound files for Poof were stored.

Because the Alpha 50 Evo is a nearfield speaker, Focal recommends placing each unit between 16″ and 10′ from your listening position, so I put the two monitors on my desk, plugged them in, and powered them up. 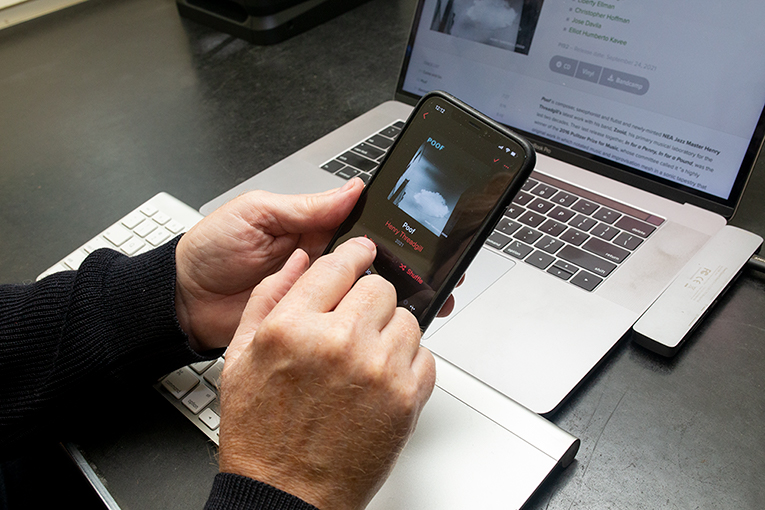 Poof begins with a composition named “Come and Go,” which I knew would challenge the Focals. Davila’s tuba carries the momentum throughout the piece, and, in typical Threadgill fashion, this tuba line is essentially one long solo, rather than a typical, riff-based bass accompaniment. The other instruments make assertions or gestures over the tuba—coming and going, as the title suggests—with no more or less apparent connection than exists in any human conversation. By definition, then, the sound covers an extreme range—from the lowest tuba notes to the bell of one of Kavee’s cymbals. The speakers conveyed it all extremely naturally and with exceptional clarity. No one instrument overpowered any other, so that I didn’t miss any nuance, whether it was emanating from the cello in the midrange or Ellman’s acoustic guitar closer to the top end.

Likewise, “Beneath the Bottom”—another composition where the title betrays the instrumental alignment, Davila’s trombone paired with Threadgill’s flute—came through with impressive transparency.

The same was true of the more atmospheric “Happenstance,” which opens with some metallic stick-on-cymbal-edge scraping and pairs dark-hued cello with flute and tuba, along with the entire ensemble.

While “Happenstance” projects the movement and gestural expression of dance, Threadgill’s title composition is operatic in scale. Threadgill lays out during a long introduction that sounds like abstract chamber music, and then introduces a subtle theme when he enters on alto. Following an emotional guitar solo—one of the only truly unadorned segments on the recording—the band brings back the theme, and then the alto and cello take center stage for a dramatic conclusion. Again, the Focal monitors transmitted the full range of the instruments with clarity and force. 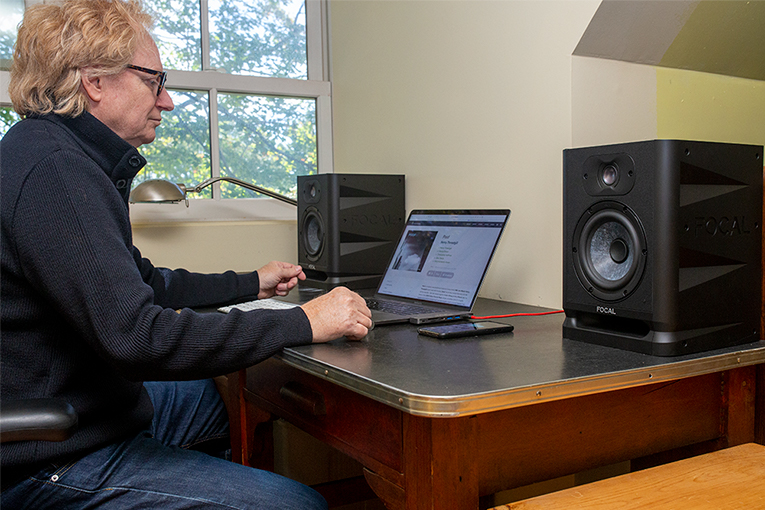 Nothing in Threadgill’s music sounds the same, but “Now and Then” does close the album on a similar note to the opening “Come and Go,” using tuba as the primary engine. But, on this track, there’s a groove that sounds somewhat Latin-influenced and the main dialogue is between tuba and guitar, with Threadgill appearing only near the very end—bringing in some typically pungent and direct comments on alto.

Let’s face it: sometimes you crave a big, room-filling sound that you feel as much as hear. When that’s the case, you often sacrifice nuance for the clout of massed sound. With a recording like Poof, every detail is worth savoring, and the Focal Alpha 50 Evos delivered all of Threadgill’s compositional flavor and subtlety, from the bottom to the top.