RBH Sound EP3 measurements can be found by clicking this link.

One great thing about the headphone business is that you never know who’s going to rise to the top. RBH Sound, creator of the EP3 earphones reviewed here, is a perfect example. It’s a medium-profile audio manufacturer that never, to my knowledge, strayed outside its specialty -- loudspeakers -- until a couple of years ago, when it came out with its first earphones, the EP1s. The EP1s were voiced by RBH technical director Shane Rich, a talented speaker designer with no previous experience in headphone design. Although they looked rather generic and had no particularly marketable features or design tweaks, the EP1s won numerous rave reviews, and beat out dozens of big-name competitors in a multi-listener comparison test I participated in. 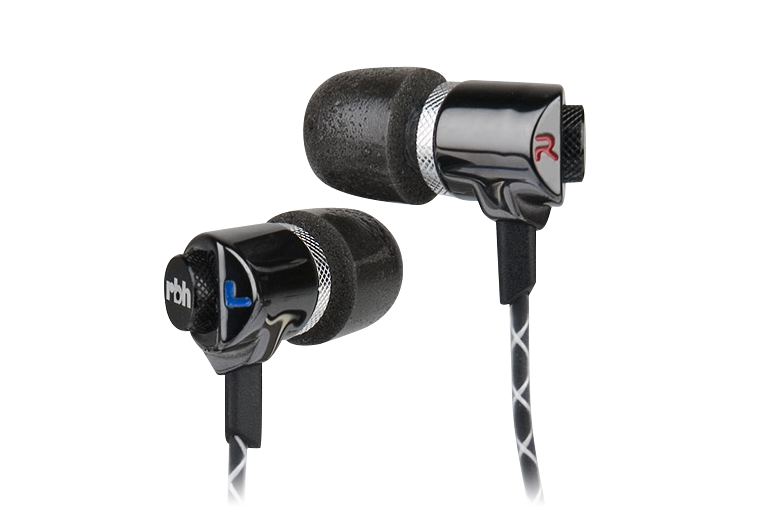 Like the EP1s, the EP3s have dynamic drivers -- essentially, miniature speaker drive-units. The difference is that each of the EP3s’ drivers is built into a ceramic enclosure, a feature employed to good effect in Sennheiser’s IE 800 earphones ($999 USD). Ceramic is generally less resonant and more vibration-resistant than the plastics or metals used in most earphone enclosures. Except perhaps when it’s formed into a ghatam -- the special clay pot used as a drum in Indian music -- ceramic doesn’t tend to “ring,” as plastic and metal can. Thus, you hear more of the natural sound of the driver and less of the sound of the enclosure.

The EP3s’ 1.2-meter cable includes an inline microphone and a Play/Pause/Answer button compatible with iOS and Android phones and tablets, something missing from the EP1s, but available with the otherwise-identical EP2s for about $30 more. 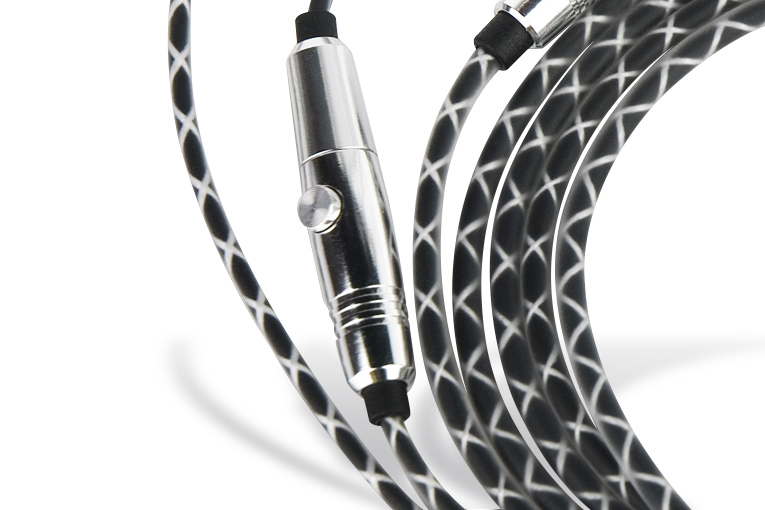 The EP1s launched for $149, the EP2s for $179. The EP3s also list for $179, but are available at an introductory price of $99. RBH marketing director Daren Egan told me that this price will still be current by the time this review posts, but said the offer is good for only a limited time.

The EP3s include two sizes of Comply foam eartips. This was especially welcome news for me -- an audiologist has told me that my ear canals are about 10% larger than average, and I’ve found that the single size of Comply tips often supplied with higher-end earphones don’t fit me. Also included are three sizes of conventional silicone tips, along with a spring-snap leatherette case.

I found the fit of the EP3s with the larger Comply foam eartips essentially perfect. I wore them for a daylong wander on Los Angeles’s public transit system, and for flights from L.A. to Dallas and back for the recent CEDIA Expo, and never felt the slightest discomfort. They never felt as if they were about to fall out of my ears (even when I briefly switched to the silicone tips), and the handling noise from the cable was negligible. 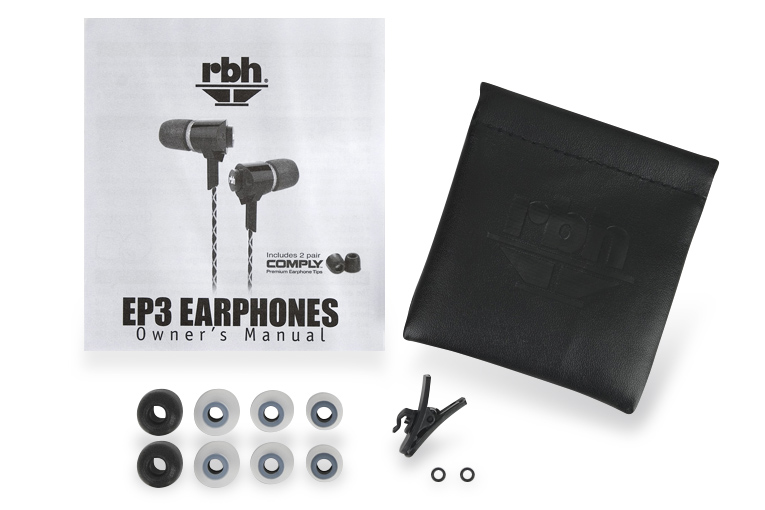 My only caveat is that the Comply tips take a minute or two to expand and fill the ear canals, so during that time the sound is a little thin -- a good thing to keep in mind any time you’re auditioning earphones fitted with Comply tips.

I put in a couple weeks’ casual use with the EP3s, then sat down to compare them with some other earphones: the Sony XBA-H1, a $149 hybrid dynamic/balanced armature earphone often available for about $100; the PSB M4U 4, a $299 hybrid model that’s become my reference for reasonably priced (for me, at least) earphones; and, in a separate session, the Phiaton MS 100 BA, a set of $99 balanced-armature earphones.

It didn’t take me long to realize that I’d like the EP3s, because they improved on the EP1s’ only significant flaw: a little too much bass. I could hear this right off when I played “Elephant,” from Tame Impala’s Lonerism (256kbps MP3, Interscope) -- a bass-heavy track that cops from the psychedelic jams of the late 1960s and early ’70s. “Elephant” can sound like a big, muddy mess through many headphones, but with the EP3s it sounded balanced and well defined without losing the intended heaviness -- in fact, when I later did some earphone-to-earphone comparisons, it came very close to the bass definition and precision I heard from the PSB M4U 4s. Much as I enjoy the Sony XBA-H1s in general, their bass sounds bloated, soft, and a little overbearing on this track, though the Sonys bring out the vocal a bit more. 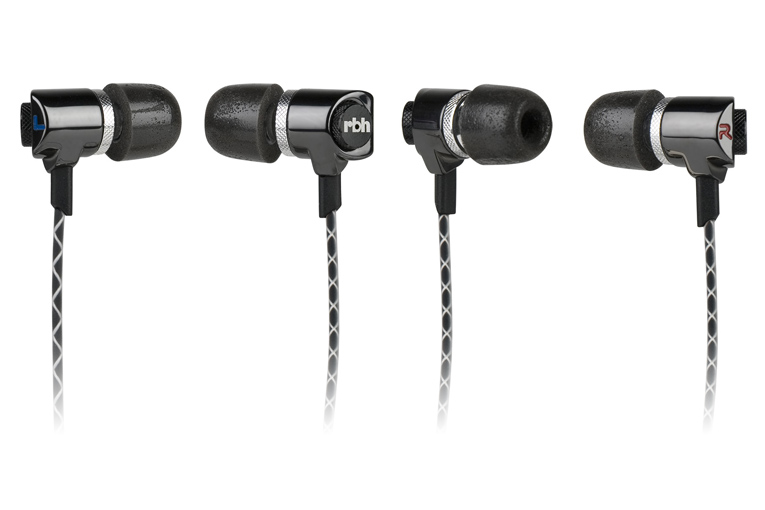 For me, one of the best tests for low-end accuracy is double bassist Scott LaFaro’s playing on the Bill Evans Trio’s The Complete Village Vanguard Recordings, 1961 (16-bit/44.1kHz WAV, Riverside). LaFaro didn’t often hold a groove down; his playing was usually more a running commentary on what pianist Evans was playing. Because of that, LaFaro should never sound boomy -- he wasn’t trying to get your foot tapping. But neither should he sound thin, because double basses (except perhaps some really cheap ones) don’t sound thin. In “All of You” (take 3), LaFaro’s lines sounded almost perfectly defined through the EP3s, and Evans’s piano and drummer Paul Motian’s cymbals had a nice, live feel. Good as the EP3s were, the M4U 4s were even better, bringing out additional subtleties in LaFaro’s right-hand plucking, making the piano sound larger and grander, and capturing more of the Vanguard’s acoustic, right down to the audience noise and the workings of the wait staff. The XBA-H1s came closer to the M4U 4s’ ambience than the EP3s could, but made LaFaro’s bass sound somewhat boomy.

On their album Our Kind of Bossa, Brazilian group BossaCucaNova combines traditional bossa grooves, electronic accents, and various voices (256kbps MP3, Six Degrees). “A Pedido é Samba,” featuring singer Elza Soares, proved especially useful in sussing out the differences among these headphones. I began with the XBA-H1s, which sounded great; Soares’s voice seemed clear and natural, the bass struck a nice compromise between fat and tight, and I heard a nice contrast between the more intimate aural image of the piano and the spacious, enveloping ambience of the electronic effects. When I switched to the EP3s, the bass tightened considerably, Soares’s voice sounded a little fuller and smoother, and the sensation of space decreased a bit. The M4U 4s, predictably, beat both -- the voice was as smooth and the bass at least as defined as through the EP3s, and the soundstage was even more spacious and detailed than the XBA-H1s could muster. 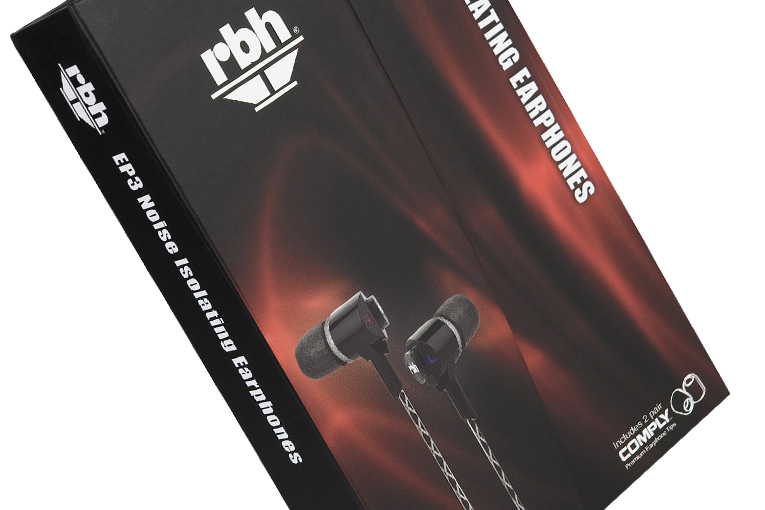 I love to play “Red Barchetta,” from Rush’s Moving Pictures (16/44.1 WAV, Mercury), in audio tests because it sounds so different from how rock recordings are “supposed to” sound. As in most Rush recordings, the guitar pretty much assumes the responsibility of holding the groove down, while the bass and drums go off on their own tangents. As a result, “Red Barchetta” doesn’t have the big bottom end of most rock recordings -- only in Neil Peart’s occasional, powerful kick-drum strokes is there really much bottom. The EP3s seemed to get this track’s bass about right, and the tonal balance seemed generally flat. The XBA-H1s sounded more lively, with more powerful bass and more lively treble, but their treble was somewhat hashier than the RBHs’ cleaner top. Again, the M4U 4s combined the best of both: the precise bass of the EP3s, and more spaciousness and midrange/treble detail than either of the other earphones delivered.

Later, I found the review samples of the Phiaton MS 100 BAs and compared them with the EP3s. The MS 100 BAs, while a little lighter in the bass than most $99 earphones, still sounded bassier than the EP3s, though not as loose in the bass as the Sony XBA-H1s. Yet as delicate as the Phiatons’ treble was, the RBHs sounded smoother in the treble and mids.

There are plenty of great-sounding $100 earphones, and I can’t predict which will best fit your ears or taste. But I think the EP3s are at least as good as anything else out there for the price, better than about 95% of them, and are probably my favorite in their price range.