NAD Viso HP30 measurements can be found by clicking this link.

On-ear headphones such as NAD’s Viso HP30 model rarely appear among audio websites’ top picks. There’s good reason for that. First, it’s difficult to make comfortable on-ear headphones, because the earpads, rather than encircle your earlobes, mash directly against them. Second, it’s difficult to ensure that the earpads seal correctly on the ear -- and without a good seal, it’s impossible to get consistently good sound. 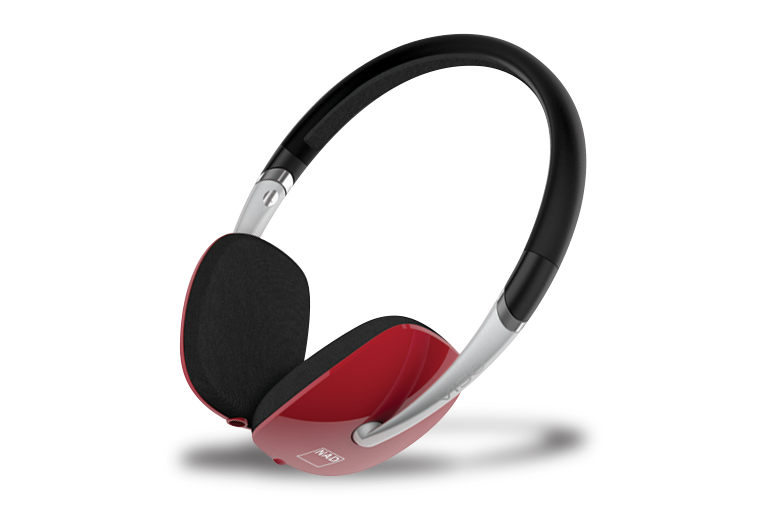 The Viso HP30 headphones ($229 USD) represent an attempt by PSB’s founder and chief engineer, Paul Barton, to make a better on-ear design. Barton has earned great reviews for the headphones he’s designed for PSB and NAD, and at least two leading reviewers consider NAD’s Viso HP50 over-ear headphones the reference standard for $300 closed-back models. (That last statement is true only if you count me as a leading reviewer. Your call.)

What’s different about the HP30s? At first glance, not much. The headband hinges about halfway down, letting the headphones fold flat, but lots of the on-ears I’ve tried can do that. The HP30s have a flat, tangle-free cable with an iOS-compatible inline microphone/remote -- again, nothing out of the ordinary.

But the Viso HP30s do have RoomFeel, Barton’s trademarked tuning intended to make headphones sound more like real speakers in a real room. So maybe there’s something special about the sound . . .

The Viso HP30s include the usual batch of accessories: a nice neoprene case with a quilted interior, and 1/4” and dual-mono airplane adapters. They’re available with black, white, or red earcups.

The Viso HP30s have slightly deeper earcups than most of the on-ear models I’ve tried, so they don’t fold as flat as some competing models, such as the Harman/Kardon Soho. With the headphones packed inside, the case measures 2.3” (59mm) thick -- less briefcase-friendly than the Sohos’ case, which is 1.7” (44mm) thick when containing the ’phones. 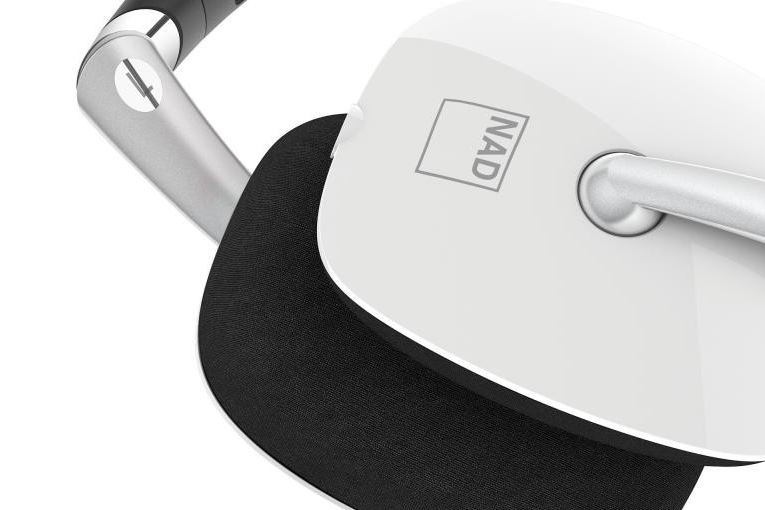 When I took the HP30s on two airline flights and a couple of trips on Los Angeles’s Orange Line, I found that, after a while, the strong pressure of the headband pushed the rather thin earpads too firmly against my ears. My hat size is 7 3/4, or XXL, so I asked three reviewer friends with smaller heads -- one woman, two men -- to try them. They had the same experience. When I asked Barton about this, he told me that the people he’s tested the HP30s with find them comfortable.

I recommend that you either try wearing the Viso HP30s before you buy them, or get them from an online retailer, such as Amazon, that graciously accommodates returns. If your headphones aren’t reasonably comfortable, it won’t matter how good they sound.

Led Zeppelin’s Houses of the Holy (16-bit/44.1kHz WAV, Atlantic) is a great album but not a particularly great recording, which is precisely why I like to use it for audio testing. I don’t know a whole lot of people who don’t like Led Zeppelin, so there’s every chance that “The Ocean” might find its way into any set of headphones designed for portable use. Through the HP30s, John Bonham’s kick drum had lots of punch, impact, and clarity, and none of the boom that so many headphones produce. The HP30s sounded surprisingly smooth with Robert Plant’s voice, which often sounds harsh through headphones (probably because he so often seemed to be pushing his limits). 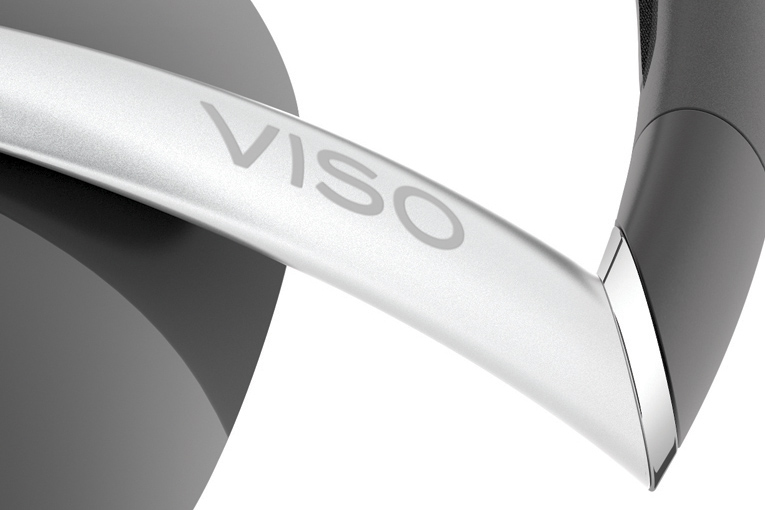 In comparison, the HP50s sounded more lively and spacious but -- with a slight lower-treble peak and more bass resonance because of their larger enclosure -- not quite as neutral. The T 51 p’s sounded more spacious than the HP30s, probably because their treble is somewhat elevated in comparison. The Sohos sounded rather soft and somewhat undefined on this track compared to the other two, though they acquitted themselves better with other recordings.

The HP30s were as kind to the voice of jazz singer Sue Matthews in “I Fall in Love Too Easily,” from her When You’re Around (16/44.1 WAV, SIR), as they were to Robert Plant’s. It’s hard to describe any coloration here, because the HP30s barely produced any: no bloat, no excessive sibilance, no dullness, nothing but Matthews’s beautiful tones. The rest of the recording -- the grand piano, the bass solo, the drums (played with one stick and one brush) -- sounded similarly smooth and without identifiable coloration.

Considering that the Viso HP30s were voiced using Barton’s RoomFeel, I wanted to test their spaciousness, and put on the title track of Donny McCaslin’s Soar (256kbps MP3, Sunnyside). “Soar” begins with a conga/bongo solo that spreads across the soundstage with what sounds like natural reverb. Through the HP30s, I heard a nice sense of space and dynamics with the percussion, even though the HP30s had a relatively subdued treble compared with the T 51 p and the HP50 headphones. 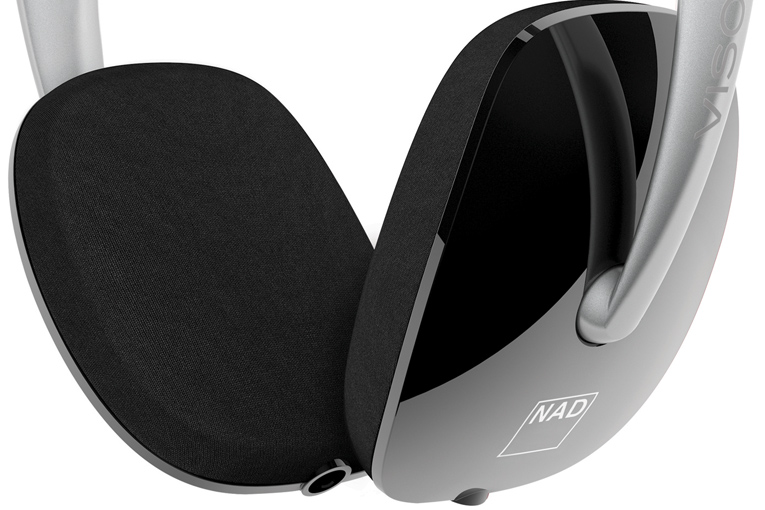 Similarly, when I played a two-channel 16/44.1 WAV file of “Shower the People,” copied from James Taylor’s Live at the Beacon Theatre DVD, the HP30s let me hear one of the background singers taking a breath. That’s pretty good detail, I’d say. It’s just not as in-your-face as with headphones that have a boosted treble to create the illusion of detail. On this recording, the HP30s’ reproduction of voices sounded the smoothest and most natural; the Sohos had a slight “cupped hands” coloration, the HP50s and T 51 p’s a bit of excess sibilance. The HP50s and the T 51 p’s gave me a more spacious sound, though perhaps this was only because both have a more prominent treble.

In short, the Viso HP30s’ midrange was silky and natural, their bass even and tuneful, and their treble a tad soft, which did limit how spacious their sound could be.

I didn’t find the Viso HP30s comfortable, but I can’t predict how you’ll react to their fit. Try before you buy, or buy from an online retailer that will let you return them if they’re uncomfortable.

Sonically, the HP30s are quite nice. They’re not for people who want loads of treble, and the apparent detail created by that extra treble. They’re for listeners who crave a natural-sounding midrange, precisely reproduced bass, and fatigue-free sound.