Brainwavz S5 measurements can be found by clicking this link. 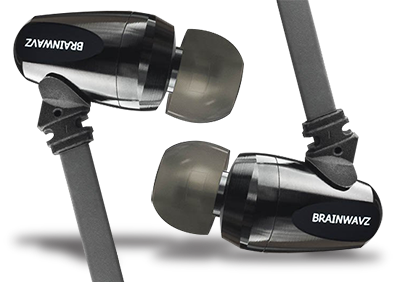 Proof that headphone enthusiasts are a little different from other audiophiles can be found in the very name of the Brainwavz S5 earphones. Could you imagine a $10,000/pair speaker coming from a company called Brainwavz? If you had that name on your room at the Festival Son et Image or Rocky Mountain Audio Fest, I bet most showgoers would silently slip past your door, assuming you’d actually intended to exhibit at the skateboarding show a week earlier.

But Brainwavz has been racking up glowing, five-star reviews on headphone-enthusiast sites, mainstream tech sites, and on Amazon.com, where the new S5 ($129.50 USD) is averaging 4.8 out of 5 stars.

What’s special about the S5? Nothing. That’s not a criticism. If you look at the products page on the Brainwavz site, you’ll find no fewer than 15 completely different earphone models, some of which will probably look familiar. While almost all earphones are actually designed and manufactured by Chinese vendors you’ve never heard of, most of the companies under whose brands the ’phones are sold have a lot of input on the acoustical and industrial design -- and, of course, the more input they have, the higher their cost, and yours. Brainwavz seems to take a different approach, cherry-picking the best designs from original-design manufacturers (ODMs) and making only minor cosmetic modifications. How much tuning of these designs does Brainwavz do? Only Brainwavz and the ODMs know for sure. We do know, though, that both approaches can yield excellent earphones . . . and horrible ones, too.

The S5 bears a strong resemblance to NAD’s Viso HP20 earphones, which I reviewed here several months ago. Their black metal bodies are similar in size and shape, and both have a claimed impedance of a relatively low 16 ohms. But there are differences. The S5s have 10mm drivers, the HP20s 8mm drivers. The strain relief for the S5s’ cable directs the cable slightly forward, toward the driver, making the S5s most suitable for the over-ear cable routing most enthusiasts prefer. The HP20s’ strain relief directs the cable slightly backward, away from the driver, which pretty much mandates the usual route: cables hanging straight down from the earpieces.

But judging either of these earphones based on the meager info I’ve provided so far is unwise. It’s all in the tuning . . .

I’m always thrilled to get a set of earphones that include a broad selection of eartips -- the more sizes and shapes and types of tips provided, the better chance the user has of getting a good fit. With earphones, fit is extremely crucial: even the slightest leakage of air can reduce the bass response and tilt the tonal balance radically toward the treble. But if a tip fits too tightly, it may be uncomfortable. The more tips, the better. 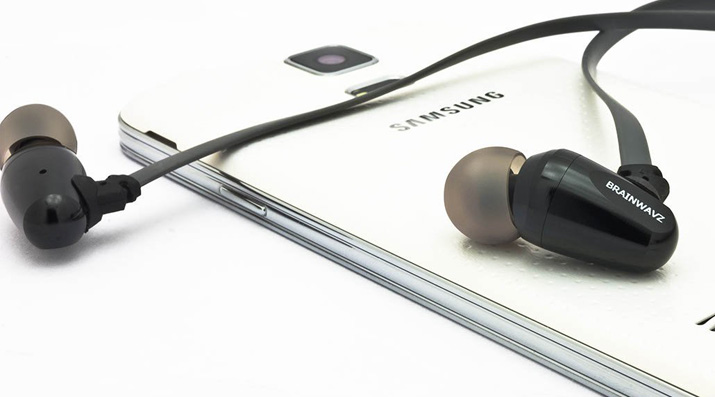 I loved the S5s’ case, mainly for its bold red zipper -- it can be hard to find an all-black earphones case inside a computer bag or purse. And the two elastic pockets make it easy to keep everything neat.

Because my ear canals are large, I could get only one set of tips to work well for me: the large gray ones. If it hadn’t been for the over-ear cable routing, which lets the earphone fit further into your pinna, I think even that tip wouldn’t have given me a good seal.

The S5s’ flat cables got a little scrunchy behind my earlobes; I’d have preferred the slim, round cables used in most earphones with over-ear cable routing. Still, the S5s were reasonably comfortable overall.

One major feature is missing: an inline microphone and remote control. I rarely use these, partly because so many earphone remotes don’t work well with my Android devices. But I know a lot of people love ’em.

I played jazz singer Susie Arioli’s recording of Duke Ellington’s “I Got It Bad (And That Ain’t Good),” from her It’s Wonderful (16-bit/44.1kHz ALAC, Justin Time), through the Brainwavz S5s. First thought: “It’s a little bright.” Second thought: “But it’s a great earphone voicing!”

Sure, the treble was a little elevated, which seems to be what many audiophiles prefer, but there was still bass. The S5s brought out loads of detail in Arioli’s voice and the band, weirdly without seeming to color the sound. To my surprise, there was no sibilance at all -- and with most earphones and headphones, there’s at least a little. The S5s sounded a little bright, yes, but also smooth, as if I’d turned up the treble about 2dB on an impeccably engineered high-end speaker -- or as if Arioli and her band were performing in a bright-sounding concert hall with a lot of wood paneling and no carpet. 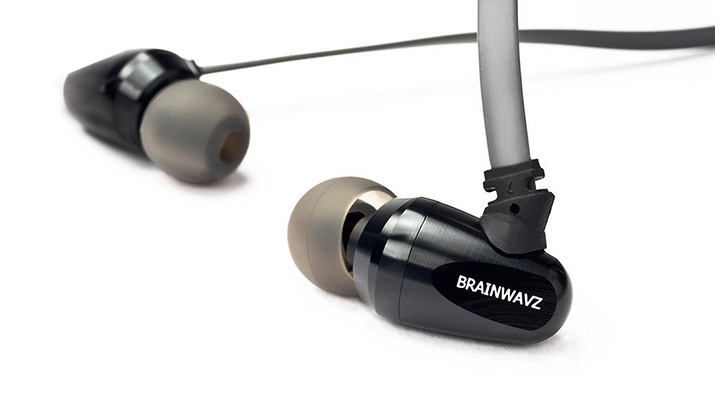 Or, to put it in cruder terms, as I did in my listening notes: “NO stupid peaks and dips!” That means that I heard no emphasis of narrow frequency bands, a phenomenon that’s common in earphones but that tends to drive me nuts because it sounds so unnatural. I noted this, by the way, while listening to one of the most revealing tunes in my collection of test tracks: a 16/44.1 Apple Lossless stereo version of “Shower the People,” dubbed from James Taylor’s Live at the Beacon Theatre (DVD, Sony). Taylor’s voice had its characteristic smoothness; it just sounded slightly bright. This character of the S5s brought out every last little vibration of the strings of Taylor’s beautiful-sounding acoustic guitar, yet the sound didn’t seem hyped up.

One of my favorite percussion recordings is “Once I Wished a Tree Upside Down,” from Trilok Gurtu’s Living Magic (16/44.1 FLAC, CMP) -- the lush sonic wave produced by the bells and shakers that begin this tune seems to literally wash over and around me. I felt I could hear the individual contributions of the tiny bells in this track far more clearly than I’m used to, and I got an uncanny sense of acoustical ambience. That said, the impact of the larger of Gurtu’s two tablas was deemphasized, so his performance lost a little of its kick.

Wanting to hear how the S5s’ mild brightness might affect music with fuller mixes, I put on the Cult’s cover of Steppenwolf’s “Born to Be Wild,” from Electric (256kbps MP3, Beggars UK). The only adjective I could come up with to describe how the guitar sounded in this tune was edgy, but that has a negative connotation I don’t intend. In this case, what I heard was closer to kick-ass. I just loved the way the S5 gave the guitar so much bite, yet didn’t blare or sound colored -- except for the smooth, gently elevated treble. I also noticed that the bass sounded wonderfully, compellingly tight. The one flaw? The snare drum had a lot of thwack but not much body. 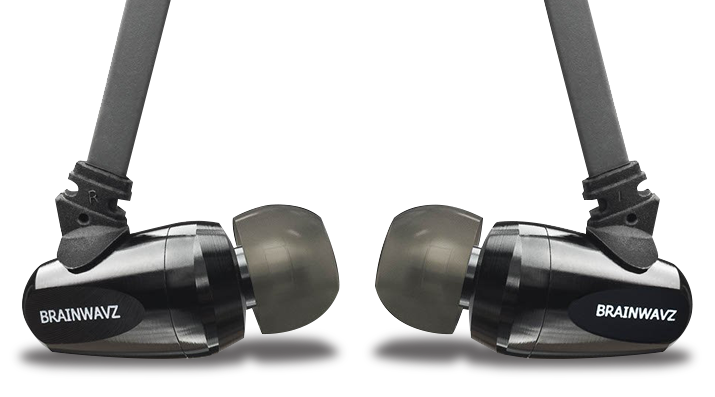 Keeping that last characteristic in mind, I put on the most awesome snare-drum recording in the history of music: Led Zeppelin’s “D’yer Mak’er,” from Houses of the Holy (256kbps MP3, Atlantic). Once again, it was more thwack than boom. I grabbed the NAD Viso HP20s, just to make sure my memory of the huge-sounding snare drum in this track wasn’t somehow enhanced, but it wasn’t. The NADs gave me a fuller-sounding midrange and a flatter-sounding response overall.

I expected that earphones with a somewhat elevated treble response would start to fatigue my ears after a while, but the Brainwavz’ sound was so compelling that fatigue never set in. Still, I don’t think the S5s would be my choice for listening to pop music at high volume levels.

Often, headphones that have a bit of treble boost just annoy me. Many audiophiles prize them for their “detail,” but to my ears, they sound harsh and unnatural. But the Brainwavz S5 earphones really do deliver the true detail, along with a smooth overall response and excellent fidelity in every frequency range. I prefer headphones with a voicing that sounds more neutral to me, such as NAD’s Viso HP20 and Sony’s XBA-H1, but if you like a little extra treble, and if you want to hear every last detail in all of your music, the S5 is one of the few earphone models I’ve heard -- actually, it’s the only one I can think of -- that can do detail without downsides.