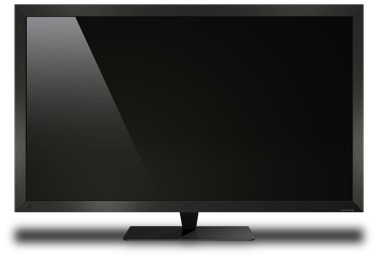 The Bentley Mulsanne. Men’s suits by Oxxford Clothes. Domaine de la Romanée-Conti wines. The Rockport Technologies Arrakis speakers. I could make a case that each of these products is at the very pinnacle of its incredibly competitive market. Someone else might point out that each is also priced exclusively for the carriage trade. But if someone really wants his or her own handmade, flawlessly designed piece of creative perfection, then at least these products exist.

The management at NūVision is hoping that home-theater aficionados will add their brand’s name to the elite list of marques that dependably trounce the rest of the market while offering the cachet of rarity that makes carriage traders salivate. While I’m sure NūVision appreciates any good review (including one from SoundStageX.com), my guess is that their gold standard is The Robb Report.

How far does NūVision take this? On the webpage with which they introduce their management (most of whom are either venture capitalists or folks with experience in marketing fine watches), they show an image of not a TV, but a chair. Whenever a marketing department shows pictures of items that have nothing to do with what its company sells, pay attention: They’re hoping for a hat trick using an unconscious syllogism. The chair is Knoll’s Barcelona Chair, designed in 1929 by the great Ludwig Mies van der Rohe. Costing $5000 to $7500, the Barcelona isn’t the most expensive chair on earth, but it makes two statements about its owner: he or she must have not only good taste, but a fair amount of spare cash. Which also describes NūVision’s vision of their ideal customer. Such a customer should own one of their TVs, right?

NūVision understands that they must start with the basics: a great picture with an easy-to-use control system that doesn’t break down. (I’ll get to those basics shortly.) However, in order to make it in the luxury market, you’ve got to offer a lot more than a good picture.

To prevent the dreaded commoditization of their products, NūVision avoids big-box stores in hopes of maintaining their brand’s exclusivity. You’ll have to do some legwork to find their TVs, and when you do, you’ll usually find them in a high-end shop. Luxury buyers expect luxury treatment, and what they can expect to find from NūVision’s +300 outlets is someone who understands the product and can demonstrate what makes it special. Other outlets offer either sales staff of random quality (Best Buy, Fry’s) or no help at all (Costco, Sam’s Club). A NūVision dealer can provide the extra contact that can help allay a buyer’s apprehension.

Luxury buyers want to avoid spending any time getting the TV to look right and work correctly. To that end, the TV comes from the factory with accurate settings, and then the dealer comes to your home to give it a final fine-tuning. NūVision TVs even shift their own backlighting intensity, based on the ambient room conditions. No troublesome adjustments necessary.

The last thing one of these well-heeled consumers would want is to have to pull down a heavy TV, send it back to the factory for service, then spend a week or two without TV. So NūVision provides a guarantee of in-home service with a blazingly fast turnaround of two days. They also offer a two-year warranty, rather than the 90 to 365 days offered by others. Their goal is to make even the luxurious Runco TVs feel like Kmart products.

The NūVision Lucidium NVU40FX5LS (hereinafter called the NVU40) looks as gorgeous as a black television can. NūVision has wisely avoided the Ralph Lauren logo elephantiasis syndrome (soon their polo player will cover both front and back, from tails to collar!). The only indication of the brand is a discreet Ū, and the power-on indicator is a soothing cool blue when on, a restrained red when off. Otherwise, all is black. The NVU40 costs $3499 USD; add $199 for its very sturdy stand.

Remembering that some of their well-heeled customers are sensitive about their home décor, NūVision offers several of their models in any Pantone color you could ask for. There’s an upcharge of $1500, but in this market, who cares? If you want your TV to have the full camouflage routine, they’ll also provide a one-way mirror finish for the NVU40’s glass. Given the fact that it’s as thin as it is (less than 1.5”), a NūVision TV could almost be mistaken for a simple mirror.

The NVU40 is LED driven, but it’s important to remember that there are two types of LED lighting. The less expensive, and the version chosen for the NVU40, is called edge-lit. The lights are placed at the top and bottom edges of the TV instead of behind. In the other version of LED lighting, called local dimming, the LEDs are behind and spread around the screen, which permits a portion of the picture to be dead black yet still right next to a bright area. Edge-lit LED TVs can’t meet the gold standard of absolute black.

Otherwise, edge-lighting is definitely superior to the more common fluorescent system. The edge-lit LED makes possible a thinner box and uses a lot less energy. Still, it’s unclear why NūVision chose the less expensive technology, though my guess is it had to do with the thinness of the screen. The NVU40 is so thin that it’s shipped on a palette, standing straight up and strapped down for dear life. It takes two to move the TV -- not because it’s heavy (it weighs about 40 pounds), but to make sure the screen isn’t accidentally flexed. On the positive side, it looks so elegant that my wife, who has a background in design, wanted to get out her checkbook then and there.

The NVU40 has connections for every possible use, including four separate HDMI inputs. A set of black-on-black controls on the side are well hidden, but usable when the remote isn’t to hand. The remote itself is one of the most graceful versions I’ve used, even if it’s plastic. We especially appreciated its rubbery back, which helps keep the remote snug in the hand. Most NūVision customers mount their TVs on the wall; the rear panel has a stout set of standard VESA 400x400mm screw holes.

Because all NūVision TVs are professionally installed, their ease or difficulty of setup and the comprehensiveness of their settings menus are of no importance to the buyer. Still, kudos to the setup folks at NūVision: out of the box, the review sample was set as close to perfect as any display ever to arrive chez Marshall. My biggest adjustment was to back down the sharpness by about half.

The first thing to grab my attention was the NVU40’s automatically variable, room-dependent backlight (labeled, unhelpfully, Day/Night). I was sure this was a mere gimmick that wouldn’t work. Why would I care so much about such a thing? I have LCDs all over the house, and in most of the rooms I don’t go to the hassle of exercising vigorous light control. A TV that could self-adjust to external lighting conditions would be very welcome. I just didn’t believe it was possible.

I turned it on and off, alternating Day, Night, and Auto. The effect was most powerful with live HD feeds of TV shows: Good Morning America, Letterman, Morning Joe, The Daily Show, Colbert. In every case, Day or Night, with sunshine or low incandescent lights, the auto-backlight worked beautifully. Color was ideal, detail microscopic, and the contrast frankly shocking. Black and bright portions of images that were side by side were of the quality you’d normally find only on local-dimming LED screens. The NVU40 made my other LCDs, all by Samsung and Toshiba, look washed out.

In fact, the NūVision bullied my other TVs so badly that I went around the house, working their controls to see if I could get them any closer to the NVU40’s picture. I couldn’t. The NūVision’s picture was almost three-dimensional in the way its contrast showed all of the depth cues that my other TVs apparently were washing out. Even torture tests, like the bottom of the folds in Letterman’s dark suits, were revealed with incredible clarity.

My favorite sporting event of the year is the NBA playoffs; the NVU40’s picture was so good that I didn’t mind leaving the big projector off for the less important games. Here’s where the NVU40’s internal processing really paid off. I’m normally suspicious of extensive claims made for technologies with company-specific intialisms, such as NūVision’s FX5 and FFM. I’m much more interested in the impact a TV has on realism and eye comfort. No matter what they call it, it worked. Watching the Celtics’ Rajon Rondo scramble through the crowds, there were no motion artifacts. The Phoenix Suns’ Amar’e Stoudemire looked like Godzilla as he crashed through five people, then warped into hyperspeed to jam the ball home. It was as smooth as being there.

Here’s what NūVision claims. FX5 (which stands for Film times Five) is a process in which a frame is repeated five times, to eliminate frame-rate conversion errors. Watching The Adventures of Robin Hood (1938) in HD was instructive. (It’s still one of the most beautifully photographed films ever made.) Once film executives thought of TV as a place to show their product, they tried to make directors and cinematographers more sensitive to telecine judder; before TV, not so much. So it’s always a good idea to check movement in an old film and see what happens. Robin Hood features an extended sword fight between Basil Rathbone and Errol Flynn that’s rife with opportunities for problems. I can’t swear that the FX5 process deserves the glory, but the picture looked fantastic on the NVU40. Nary a judder in sight.

Frame Forward Motion (FFM) interpolates between-frame data, which NūVision claims works well for fast-moving sports. I tried flashing through the settings, and there was an effect. On High, it looked fine with sports, but downright odd on slow fades. In fact, before using FFM’s High setting, I’d never noticed how many slow fades there are in television. Notching down to Normal helped alleviate the fade problem, but it still seemed to add a touch of jumpiness. Most of the time, I ended with FFM set to Low or Off.

But it’s the viewer’s overall impression of the images that’s most important. I’d never before seen a display of any type that offered such an intensely colored, highly defined, and three-dimensional picture. It was distinct, smooth, and lifelike, as close to 3D as I’ve ever seen in a 2D TV.

Is it worth it?

But let’s go back to that luxury concept. Are you a person who would choose between a BMW and a Mercedes? Or would you make up your mind between a Rolls-Royce and a Bentley? NūVision is hoping you’ll see themselves as the latter choice, and all the other premium brands as the former. Those of us who choose between a Honda and a Nissan are left to press our noses against the fence and wish.

But if you can afford a flawlessly designed TV, then at least these products exist. If you can come up with the $3700 it will cost to see one of NūVision’s brilliant TVs installed on your wall, good for you. I wouldn’t look any further. You’ll love the experience.