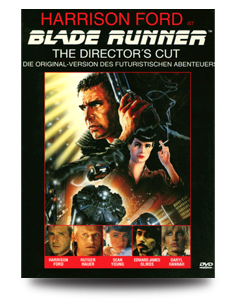 The Tyrrell Corporation has created the perfect android, the Nexus 6 Replicant. These androids are perfect, at least until they become mutinous and kill a cluster of humans on another planet. From that point on, Replicants are outlawed on Earth under penalty of death, with the Blade Runners serving as police-sanctioned assassins. Cut to Los Angeles, November, 2019. Six Replicants have escaped and made their way to Earth. For unknown reasons, they are trying to get into the Tyrrell Corporation. One dies. Retired Blade Runner, Deckard (Harrison Ford), is recruited (read forced) by his ex-boss, Bryant (M. Emmet Walsh), to kill the remaining Replicants. We know immediately who four of them are. Killing the fifth will pose a dilemma for Deckard.

Depending on your point of view, what follows can either be seen as a scary action film or an ode on mortality and humanity. Or, of course, it can be both. Deckard is the poster-boy for anomie. He’s tired of the system and just wants to be left alone. He’s also symbolic of what is happening to society in 2019. Social instability rules amongst overcrowded conditions. Business presides over government. Deckard’s response had been to recoil and quit. But, for Bryant, a recalcitrant Deckard is better than the next-best Blade Runner, so he coerces Deckard to return to duty. How will Deckard face his alienation and lack of purpose so he can live through the confrontation? Ultimately, he will find tenuous redemption at the hands of his enemy and a mysterious woman.

The immediate attraction is visual. Blade Runner has some of the most eye-catching and dazzling images ever put to film. Dystopian and prophetic, it lays bare the ultimate version of an anti-Shangri-La. Like a nexus collision of post- and hyper-modernism, where anachronism vies with prognostication. Or, in this case, where film noir vies with science fiction. It is equal parts The Maltese Falcon and Metropolis.

The street scenes look like the Tokyo Tsukiji market on a cold, rainy winter night. Check chapter 4 as the camera pans around a Los Angeles street scene. The atmosphere is darkly oppressive, but astonishingly detailed. An advertisement zeppelin floats overhead. Neon glares everywhere. Animated advertisements take up whole sides of buildings. Director Ridley Scott’s world looks worn out, sodden, ragged, and completely true to life. As Gaff (Edward James Olmos) drags Deckard to the police station, watch the backgrounds. Scott delivers a visual manifesto, a declaration of ability to bend reality like the alchemist alters matter. And remember as you watch, they did it with models, not computers! One of Scott’s great talents is his ability to penetrate the collective unconscious and create a new world that makes sense. After seeing the first few minutes of Blade Runner, you can believe that L.A. will someday look exactly like this. 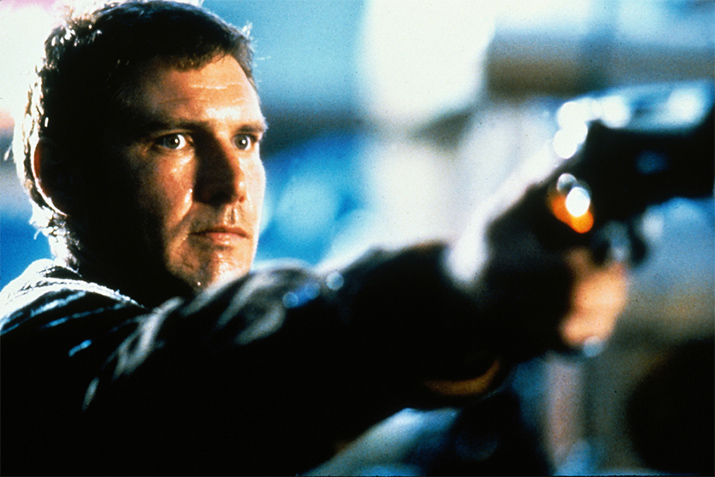 After experiencing the breathtaking impact of the visuals, meditate on the depth of the themes. The film poses questions about what constitutes humanity. Is it your biology or your heart that makes you human? Who has the right to live and who is invested with the power to make that choice? Is Rachel’s suffering unimportant if she is a Replicant? Is slavery ever tolerable? While Deckard is willing to see Roy die, Roy finally loves life enough to want to save it. At the end, is it Roy or Deckard who is more human? These are important questions, and Scott chillingly pushes them in our faces, and then he provides no answers.

Blade Runner has a myriad of levels. A full discussion of the film would take a book. But isn’t that part of what makes a movie great? Scott himself told the BBC, "What we'd done was kind of a dark novel, it was rather novelistic." He said, "I didn't really realize that (its novelistic nature) eventually became the true longevity of the whole film -- you revisit it constantly like re-reading one of your favorite books. You always find you get sucked in again." He finished by saying, "I still think it's one of the best films I ever made." I agree. But you have to admit, that’s a pretty bold statement from the man that directed Alien, Someone to Watch Over Me, Thelma & Louise, Hannibal, and Gladiator.

Trivia question: What movie was directed by both Ridley Scott and Stanley Kubrick?

Surprised? Here’s the story. After screening in Dallas and Denver, the studio felt that the movie was too dark and needed a happy ending. So what did they do? They stole a piece from Kubrick’s The Shining, and tacked it on the end, implying that Deckard and Rachel get away. Kubrick is the man that gave us A Clockwork Orange; the man that released Eyes Wide Shut as a dying gasp. Personally, I think the irony in using Kubrick to happy-up a film is as sweet as washing down your hot fudge sundae with a root beer. I imagine if Scott could have gotten over his anger about having his film changed, he would have laughed himself into apoplexy. 1982, however, was the year of the happy science fiction movie (E.T. was the number one hit around the world). I’m sure the Ladd Company, when presented with Scott’s intimations of mortality, went into petit mal seizures. The Ladd Company changed more than the ending. They also felt the movie was too inscrutable for the hoi polloi, so they added a voice-over (similar to the type used in film noir gangster flicks in the 1940s) to explain everything to us pikers.

In 1992, Warner Brothers re-released Blade Runner, this time calling it Blade Runner: The Director’s Cut. They removed the voice-over and the Kubrick ending, and added a short dream sequence. Today, The Director’s Cut is the only version you can buy. Thankfully, it is a better, if more elusive and subtler, film. While the original version was a great movie, the newer rendering steps over the line to become great art.

As befits film noir, the movie is all very dark. Details are well delineated with no visible edge enhancement. The sets and models are so detailed that you forget you are in a fictional reality. The sound is excellent, but two-channel. Vangelis’s glorious music has massive bass impact, yet is delicate when called for.

Two versions of Blade Runner: The Director’s Cut are available on DVD. The regular version’s extras should be an embarrassment to Warner Brothers given the importance of the film. All we get is a very short and lame list of prior work by the principles. No narratives, no production information, none of the superlative supplements already developed by Criterion for their laserdisc release of Blade Runner. This is one release that SCREAMS to have both versions available in the same package.

Warner Brothers released a supposedly deluxe version about a year ago, but caveat emptor. All you get is the very same disc along with some lobby cards and posters in a nice box. The list price for the deluxe version is $79.98, $55 more than the regular edition. Unless you are a huge Blade Runner fanatic, don’t waste your money. Rumors have been running rampant about a newly remastered version. I called the folks at Warner Home Video to ask for a release date, and the response was "unknown." Hopefully, some day soon, Warner Brothers will come to their senses and give Blade Runner the star-treatment it deserves.

"I've seen things you people wouldn't believe.
Attack ships on fire off the shoulder of Orion.
I watched C-beams glitter in the dark near the Tannhauser gate.
All those moments will be lost in time, like tears in rain.
Time to die."
- Roy