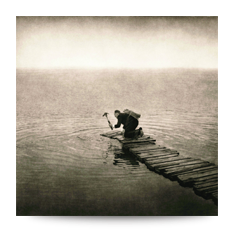 To me, loving music means taking a chance with it in order to discover new artists and explore new paths. Sure it's OK to let Entertainment Weekly or Rolling Stone guide me a bit, but it's when I get off the beaten track that I discover wonders that seem like they were crafted just for me. But I'm into only high-quality audio -- above CD quality whenever possible -- and downloads and specialized formats can cost a bundle. So I was so happy, four years ago, to discover Bowers & Wilkins's Society of Sound. I'd let my membership lapse, but I got back on this summer to find that the roster of artists had completely changed.

Bowers & Wilkins doesn't charge by the download. You get a yearlong membership for $59.95 USD, and that gets you two new downloads a month plus access to about 28 catalog titles. That makes downloads at Society of Sound just a little over a dollar each, and for that small amount you can easily be tempted into trying some new sounds. Half of the B&W offerings are classical releases from the superb LSO Live series, with artists such as Valery Gergiev, Sir Colin Davis, and Bernard Haitink conducting the London Symphony Orchestra. Peter Gabriel chooses many of the eclectic titles. All of the albums are available in CD-quality Apple Lossless downloads, but most of them are available as FLAC downloads, either 24/48 or 24/96, depending on the bit count and sampling rate of the master recording. You can also get a trial membership, by the way, so you can sample the albums beforehand, and since your membership covers all downloads you don't have to deal with tier pricing (something none of us should have to deal with at all). While other sites are offering overpriced flight-of-fancy pricing schemes, Bowers & Wilkins is offering solid value for dollar. 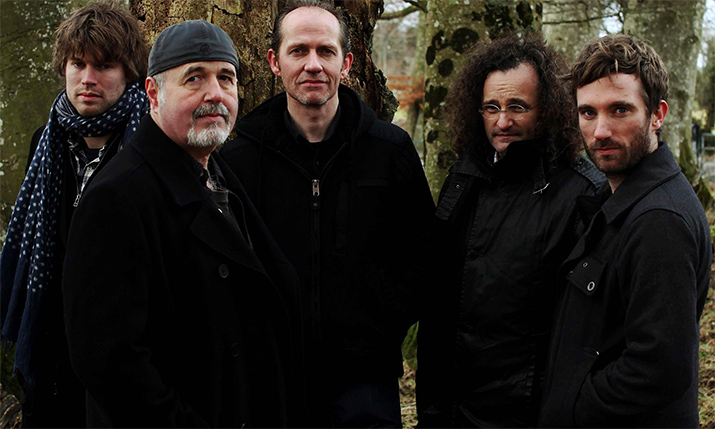 This time around I discovered quite a few good albums, but perhaps the best was the self-titled program by the Gloaming, a five-piece Irish band. Don't think traditional Irish band, however, for the Gloaming is more modern in sound, not boasting any Irish harps or pipes. The Gloaming's five members are fiddle master Martin Hayes, guitarist Dennis Cahill, sean-nós (old style) singer Larla Ó Lionáird, Hardanger fiddle innovator Caoimhin Ó Raghallaigh, and New York pianist Thomas Bartlett (also known as Doveman). Though they base most of their tracks on traditional Gaelic tunes, these are treated in a dream-like way, with both dulcet and sonorous sounds -- musical tapestries that are downright hypnotic. Gloaming means twilight or dusk, and the sound of the Gloaming is very compatible with those definitions. It's largely music for reflection, yet sometimes with the presence of a fiddle tune or reel from a waning festival or a bar that has just opened for the evening. It's the most beautiful music I have heard all summer.

"Song 44" opens the program. It's about a man who sees his lover in his dreams, with the arrangement mixing the spectral with the romantic. "Allistrum's March" follows, in turn followed by "Freedom," with Gaelic lyrics expressing the balance between freedom and containment. "Old Bush" starts with a dialogue between the two fiddles that becomes more and more propulsive until they explode into a vigorous reel. "Hunting the Squirrel" is a jig played more slowly than usual, whereas "Opening Set" starts slowly, giving each member of the band a chance at solo expression, then starts to whirl into reel after reel, ending in a blaze of glory. "Samradh Samradh" was first documented in 1730 and written for the Gaelic festival of Beltane, a Mayday event that marks the beginning of summer.

The recorded sound on The Gloaming is excellent. It's rich, detailed, and transparent, and the sound on other Society of Sound releases has always been at least very good, more often excellent or superb. Society of Sound offers quality downloads at a very low price!

Be sure to listen to: "The Sailor's Bonnet" is a reel that gets broken down to basic elements and then put together again until it reaches a mesmerizing, rousing climax.