Peter Gabriel: "Scratch My Back" 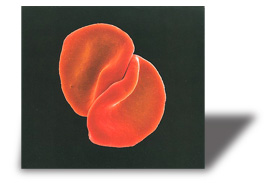 It’s been a long time since Peter Gabriel’s last album, and Scratch My Back turns out to be quite a departure from his usual upbeat, percussion-driven fare. For this album, Gabriel recorded songs written by peers who he respects. And the second album, You Scratch Mine, will feature each of those artists performing one of Gabriel’s songs. The idea sounds good on paper, and it’s worked before, particularly in concerts where artists gather to pay tribute to a fellow performer. But Gabriel has stripped the music to its bare bones and has had it arranged by John Metcalfe for orchestra minus drums and guitar. The resulting cinematic sound has met with mixed reviews.

If I have one complaint, it’s that every song shares a similar tempo, making the overall album gloomy. Also, the occasionally effective orchestrations can be just as overbearing. Whether it’s David Bowie’s “Heroes” or Lou Reed’s “The Power of the Heart,” the build-ups can seem repetitive, like cloned waves crashing on the shore. But when Gabriel is left alone, or when he’s accompanied by just one instrument, his warm, battle-scarred voice convincingly conveys the lyrics.

Some of Gabriel’s covers are hair-raising. “My Body Is a Cage,” originally by Montreal’s Arcade Fire, starts with a brooding solo piano, followed by a wistful, almost painful French horn melody that’s carried over to string harmonics. Gabriel enters low key and lets the piece build until it slams you back in your chair. It’s the most intense cut on an album with plenty of powerful moments. In Neil Young’s “Philadelphia,” Gabriel changes the timbre of his voice so effectively that you’ll shiver.

Of course, this album has been out on CD for a while. But Gabriel is a founder of Society of Sound, a label owned by B&W, a company known for its audiophile loudspeakers. The site offers reasonably priced memberships that let you download two new albums a month, as well as back-catalog releases. You can also get a free sampler membership that lets you download a few tracks from each new album at no cost. Downloads are offered either as FLAC 24/48 or FLAC 24/96, FLAC 16, and Apple Lossless. Scratch My Back, for such a lushly scored set, scores with clarity and precision as a FLAC 24/48 download played through my Squeezebox Classic. The highs sound like good analog, with plenty of impact that never sounds harsh, and the bass is deep and forceful without losing focus. I’d rank this download as pretty near perfect. And because it’s DRM free, you can hear it however you prefer. I should also point out that the album will be released on vinyl, in case you’re a fan of the format.

Be sure to listen to: “Flume,” written by Justin “Bon Iver” Vernon. A sparsely scored opening for piano and voice is soon enriched by lower brass as the volume builds. The clear and emotional contrast between the smooth-as-silk brass and Gabriel’s raspy, honest delivery gave me chills. Heard in high resolution, this is singing and playing without a net.