In an era where digital advertising, social media opinions, and all sorts of other “content” vie for our attention, the ability to disrupt has become a sought-after skill in the 21st century. Composer and multi-instrumentalist Tyshawn Sorey is a master of disruption.

A 42-year-old native of Newark, New Jersey, Sorey keeps making observers recalibrate how they view him as each one of his projects—whether they are recordings, commissioned compositions, or performances—oversteps their previous evaluation. Originally known as a drummer, Sorey demonstrated in rapid order that he was an omniscient artist who may, in fact, be more like Duke Ellington than any other American musician in the past century. His works have already been performed by the likes of the Los Angeles Philharmonic, the Atlanta Symphony Orchestra, and Opera Philadelphia; he has collaborated with contemporary artists like John Zorn and Anthony Braxton; and released more than a dozen recordings, including a couple of sprawling, conceptual works. Having gained a PhD at Columbia University, he was named a MacArthur Fellow—the so-called “genius” award—in 2017 and joined the composition faculty at the University of Pennsylvania in 2020.

As surprising as all that was for those unaccustomed to large, taciturn, Black jazz drummers shaking up the status quo so thoroughly, it is as a percussionist that Sorey is at his most disruptive. Part of it is what the New York Times called his ability to play “not only with gale-force physicality, but also a sense of scale and equipoise.” Another element is Sorey’s deft touch at dropping unexpected accents and spooling out complementary-yet-wholly-original drum patterns; abilities that lift any bandstand on which he performs.

A case in point: In 2014, I caught pianist Vijay Iyer’s trio at that year’s Guelph Jazz Festival, about an hour west of Toronto, Canada. Iyer’s trio—with bassist Stephan Crump and drummer Marcus Gilmore—was the leading small jazz group of the day, headlining major festivals, and releasing critically acclaimed recordings like 2009’s Historicity and 2012’s Accelerando. Sorey, who had collaborated with Iyer frequently before launching his solo career, was substituting for Gilmore in Guelph, and while the trio was playing music I’d heard it perform a number of times, Sorey made it all sound different. No knock on Gilmore—a superb drummer; Sorey just took the music to a higher level without changing its essence. It was disruptive. 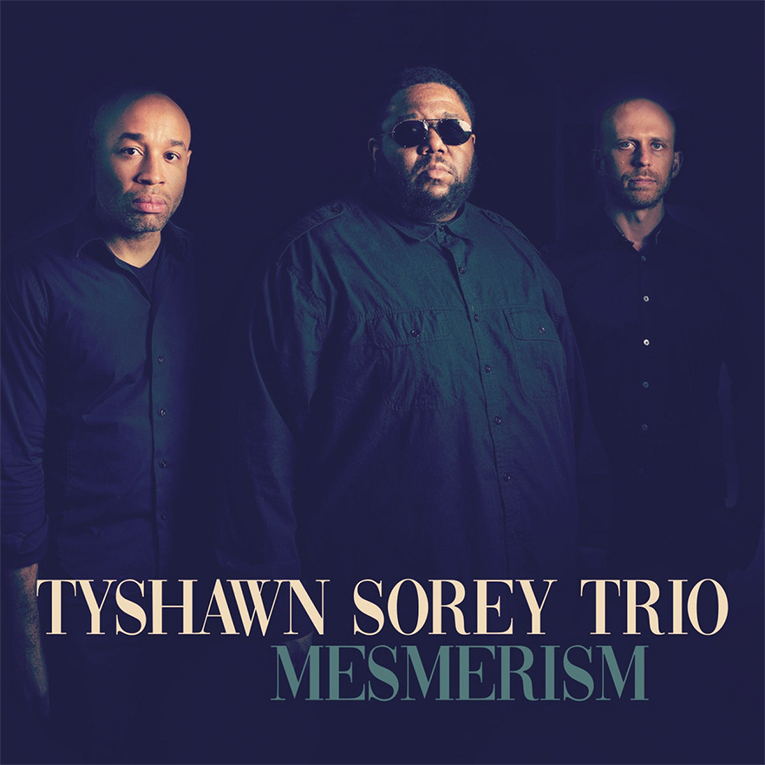 Mesmerism is equally disruptive, because few following Sorey’s rise would have anticipated that his next recording would feature a standard-issue piano trio playing pieces by composers like Ellington, Horace Silver, and Paul Motian.

Sorey’s choice of pianist—Aaron Diehl—is disruptive, too. Restrained and elegant, Diehl might seem like Sorey’s polar opposite, but their combined erudition and attention to musical detail make them an exceptional combination. Add the sensitive, remarkably lyrical bassist Matt Brewer to the mix and you have a trio capable of taking listeners on a very interesting journey.

The trip begins with Silver’s aptly named “Enchantment,” which the trio approaches with the reverence for compositional structure that buttresses the entire recording. But underlying that straight-on approach is the kind of sonic detail that sets Sorey apart: at the far right of the soundstage he plays the absolute lightest of cymbal accents, while the left channel contains a relatively hearty drum-kit attack. The balance is outstanding, and I’ve returned time and again to see if I can decipher whether it’s an overdub or another miraculous display of the equilibrium in Sorey’s playing that the Times noted.

The unhurried pace continues with “Detour Ahead,” which floats through endless modulations from the key of Bill Evans’s version as Diehl explores widely over spare drumming and a beautifully supportive bass pattern.

For Motian’s “From Time to Time,” an ethereal standby for the late drummer’s landmark trio with guitarist Bill Frisell and saxophonist Joe Lovano, Sorey’s trio adopts a minimalist approach; so much so that the tune seems to almost vanish between Diehl’s individual notes. Sorey hovers, barely there, until he suddenly swipes a stick—flat—against a cymbal. Disruption! The tension throughout is remarkable, as is the release at the end when the band finally expresses the tune’s melody in the closing 30 seconds of the almost six-minute performance.

Speaking about his approach to the half-dozen pieces on Mesmerism, Sorey wrote: “I wanted to keep things simple and let the beauty of these songs remain in our interpretations while including, to a small degree, simple alterations of the song materials.” 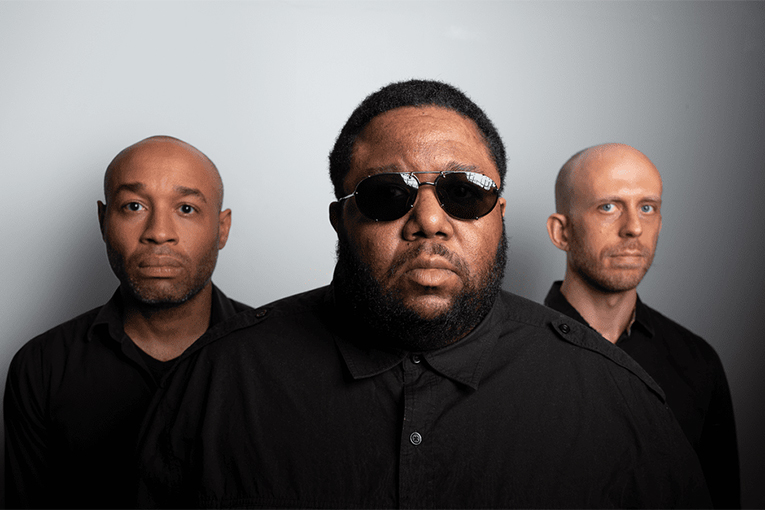 The best example of this is the trio’s interpretation of Joseph Kosma’s ageless music for “Autumn Leaves.” There are more than 1000 jazz interpretations of the song—with Johnny Mercer’s English-language lyrics, Jacques Prévert’s French lyrics, or none—ranging from melancholic ballads to jaunty swing. Sorey’s version covers the spectrum, beginning with some lightly dancing cymbal work and building until, at the six-minute mark, it sounds like the trio is gliding down a Parisian sidewalk, energetically kicking dead foliage out of their way. Throughout, all three players sound pristine and precise, with crisp articulation and a firm handle on a rhythmic pocket that keeps shifting.

The remaining two compositions come from a pair of Sorey’s closest role models: Ellington’s sturdy “REM Blues” (a bonus track on the download), which the band delivers with authority, and Muhal Richard Abrams’s “Two Over One,” a darkly roiling performance that grows stormier as it unfolds.

While Sorey impresses as both instrumentalist and composer, he has also exhibited attention to sonic detail throughout his career, and the soundstage on this recording has exceptional balance and clarity from top to bottom. Recorded in New York by Aaron Nevezie at Brooklyn’s Bunker Studio and mixed (and mastered for the LP version) by the brilliant Dave Darlington, Mesmerism reveals every detail and nuance.

A leading contender for jazz album of the year in my book, Mesmerism is that rare recording that hits all the bases: gorgeous songwriting, superb creative interpretation, and highly expressive communication.